Straight jeans by Canton, which was the center of the domestic brand at the dawn of Japan's denim. The CANTON brand was established by Oishi Trading in 1963 to produce jeans made in Japan using fabric from American fabric manufacturer CANTON TEXTILE MILLS. INC. Since then, Oishi Trading has changed its fabric manufacturer to Corn Mills and created the Big Stone brand. CANTON, a fabric manufacturer in the United States, registered the "CANTON X-WEST" trademark in 1971, and has been selling jeans using the company's fabric under the X-WEST CANTON brand since 1973. The current Canton brand was revived in the 2000s after a separate company took over the trademark. 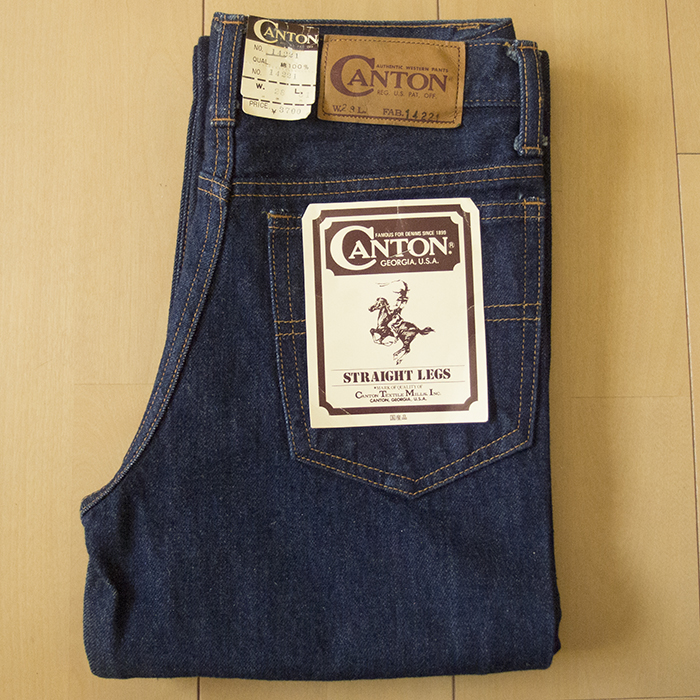 Dead stock with flasher and tags, but has been one-washed at the product stage. 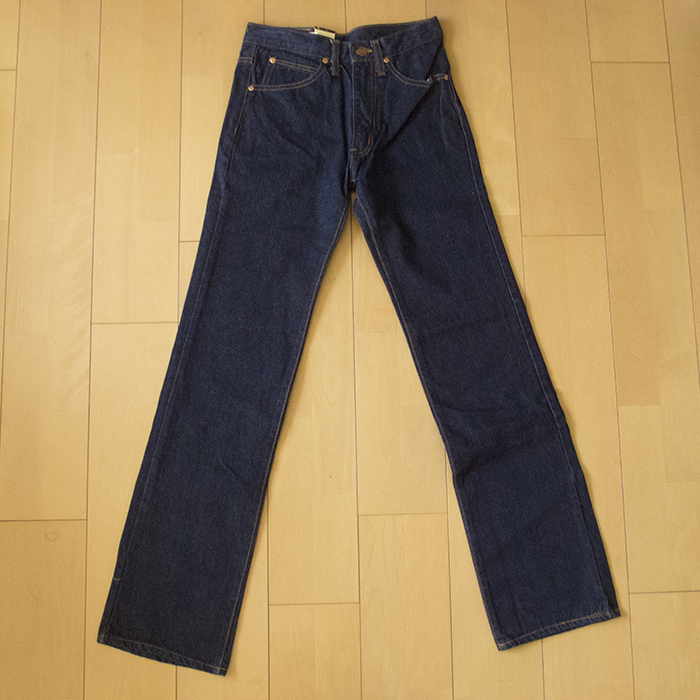 It looks a little slender and straight, but it's hardly tapered. 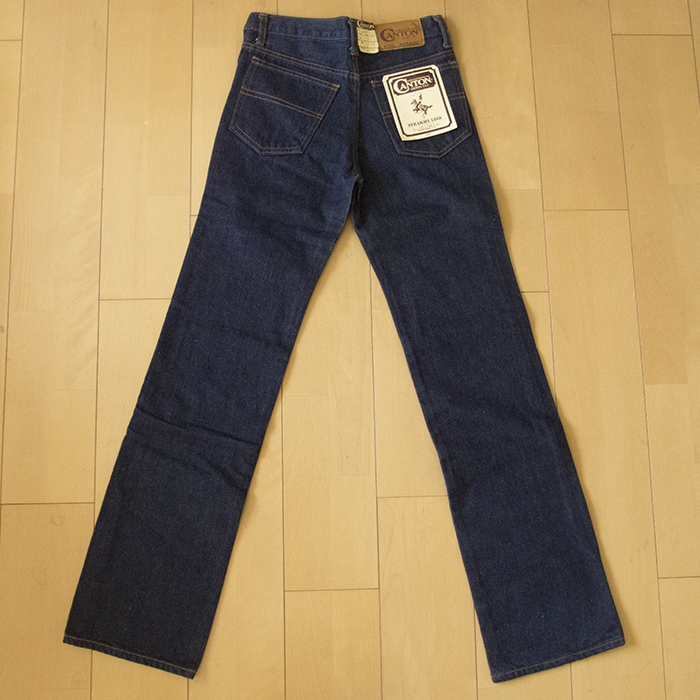 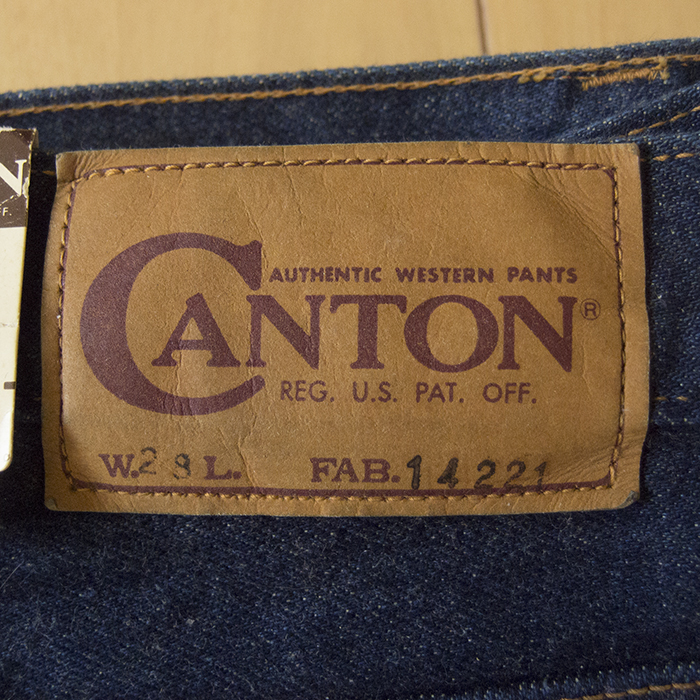 It hasn't cracked yet, but it's hardening well, and I suspect it will crack while it's being punctured. The texture is the same as that of Levi's in the mid to late 1960's when CANTON existed. 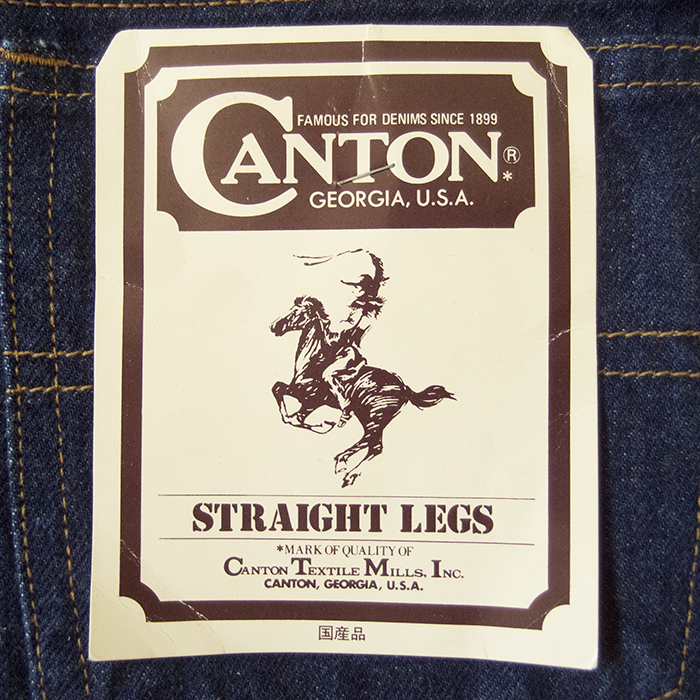 Slightly smaller flasher." The words "CANTON TEXTILE MILLS. INC." are placed at the bottom to emphasize the fact that the fabric is made by CANTON. At the bottom, it says "Made in Japan", which indicates that the fabric was made in the United States and sewn in Japan. 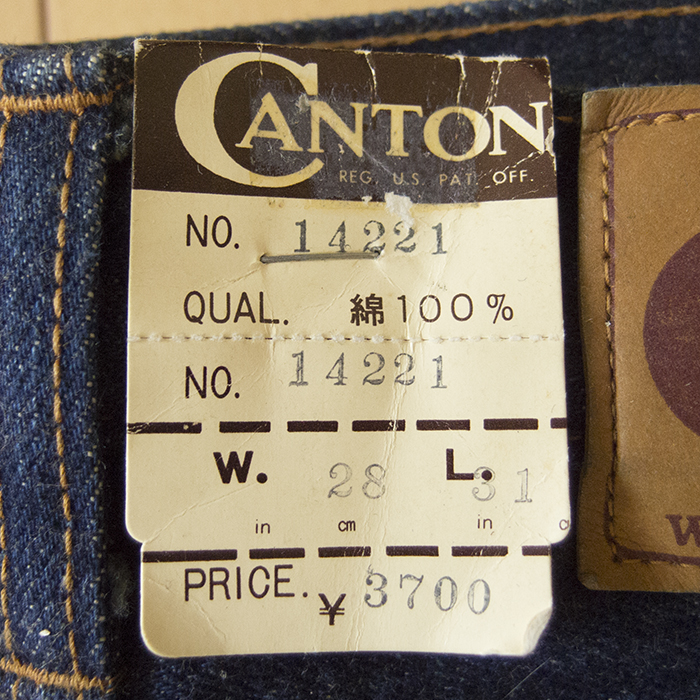 The tag that shows the part number and size. The price was 3,700 yen, which seems to have been a little high considering the price level in the late 1960s. 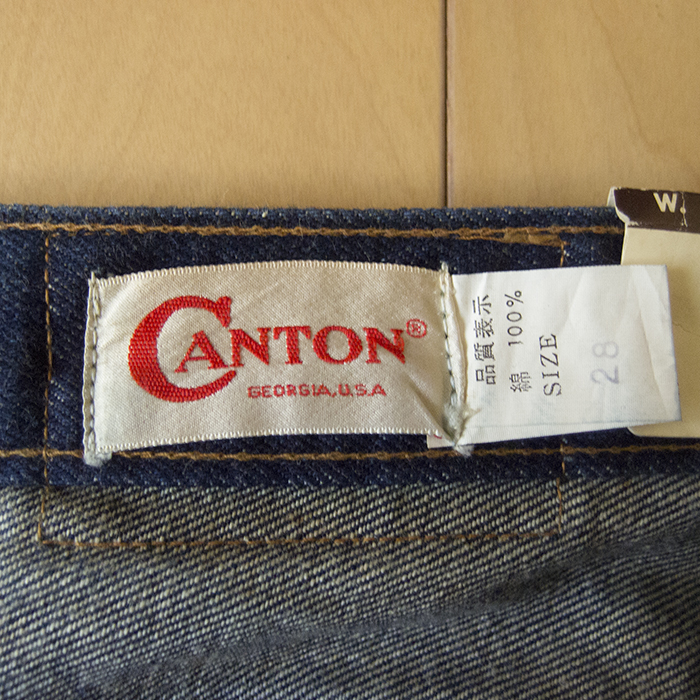 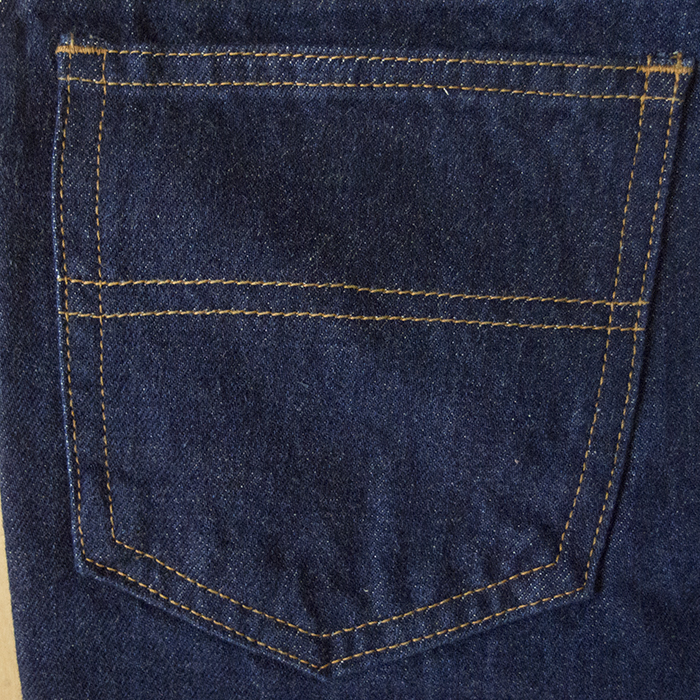 It's a horizontal single letter stitch, which is carried over to later Big Stone and Big John.

The top button, which is probably a generic one. The same pattern of buttons can be found in other domestic brands.

The zipper is a YKK zipper as if it were made in Japan. 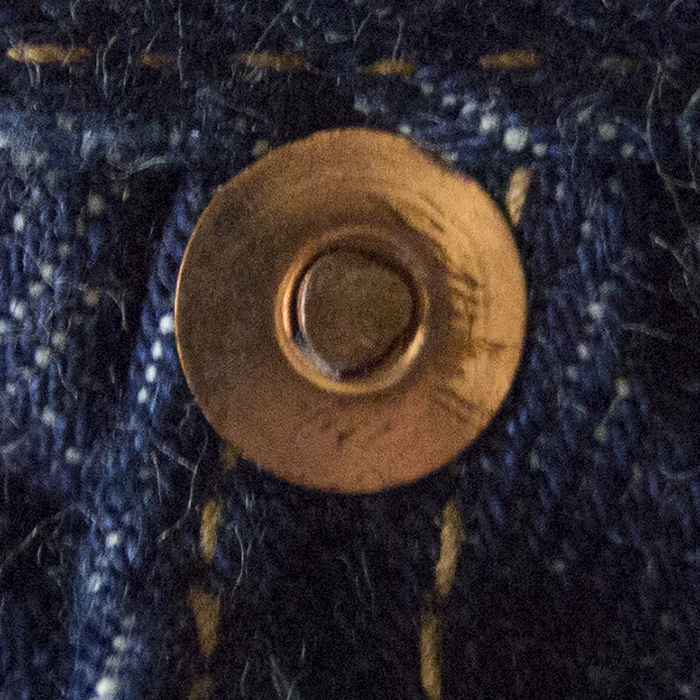 This rivet is similar to LEE's rivets, but without the brand name engraving.

The fabric of the pockets and the fabric on the other side are used vertically. 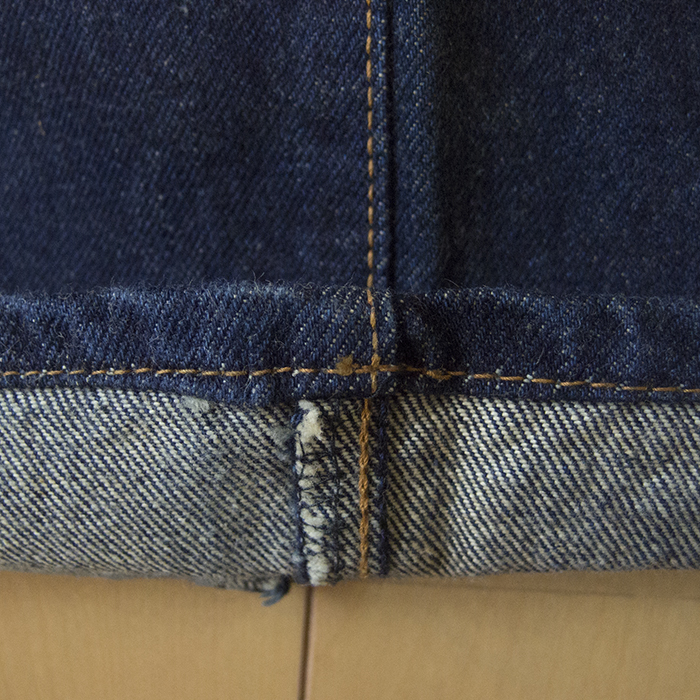 Locked at both ends, woven and sewn, with no ears to be seen. The hem is single stitched, but has a diagonally undulating atrial, as if finished with Union Special chain stitch. 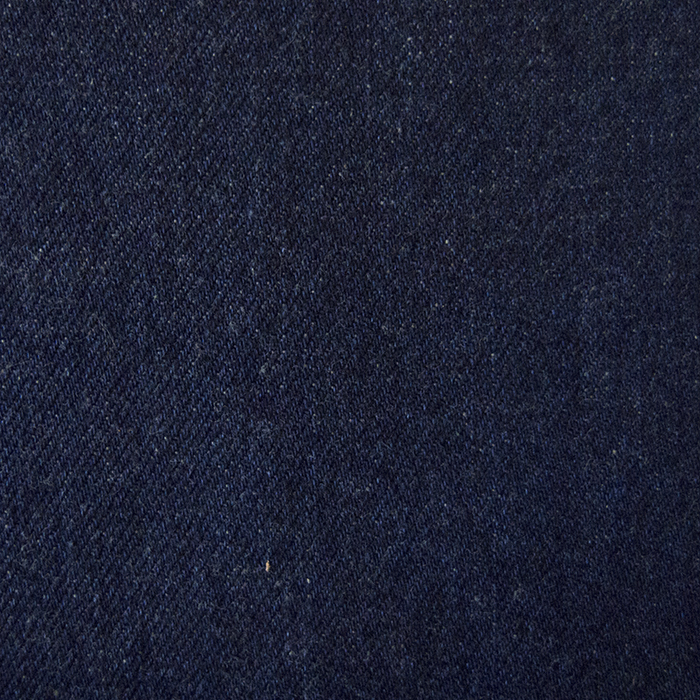 The number of ounces is unknown, but from the feel it seems to be a moderate number of ounces, and the slubby feel, like the fabric of the late 1960s, is slightly weaker, but can be felt. The nips are almost absent. It has a strong bluish and reddish tint to it, maybe because of the one-wash. I didn't feel much difference in comparison with the fabric used by Cone Mills at that time for Levi's and others.
HOME | Denim Archieves (in English) | Japanese Brands Denim Clothes | CANTON 14221