A US Army pullover jacket with large front pockets, from the 1930s and 40s. On the reverse side, where "Western Costume Co." is stamped, the company It seems that a company that produces movie costumes was offering old clothes as movie costumes, and here's a It is speculated that the items to be used as costumes for the movie were released by the military and owned by the company. This type of jacket, to be worn by prisoners of war, has a "PW" (Prisoner of War), but only "P" is painted on this one. It is thought that the paint may not have been applied in the military, but may have been applied in the use of film costumes. 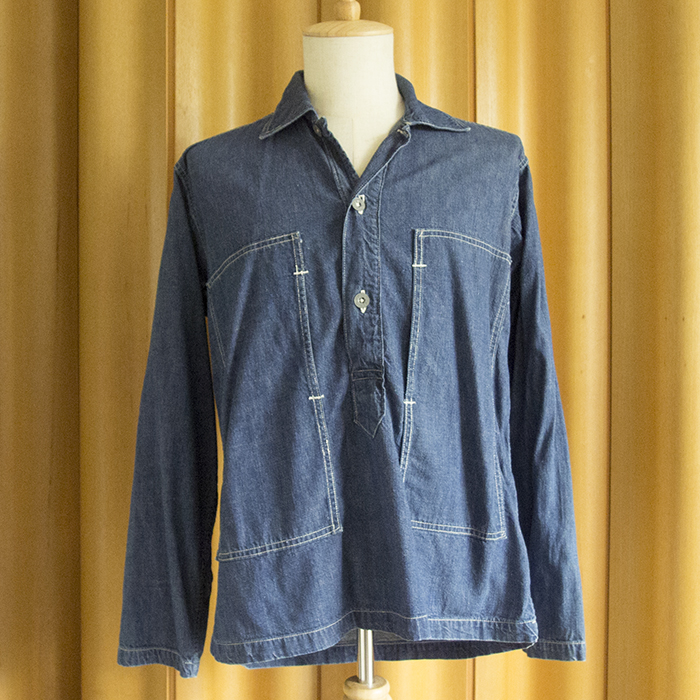 The A-line silhouette gets wider towards the hem. A large pocket in the chest area is a distinctive feature. 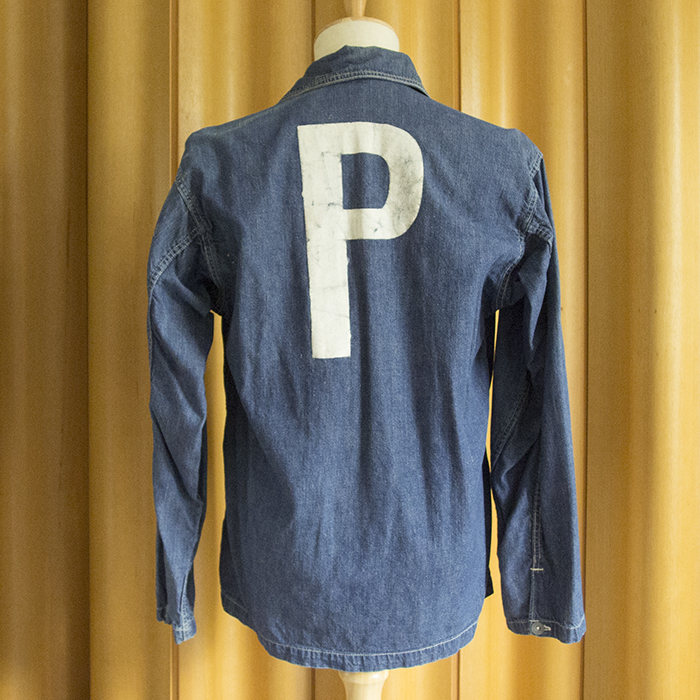 A large "P" is painted on the back. The paint has no damage, such as peeling, to be used as a movie costume, as mentioned above.

Metal buttons with US ARMY engraving 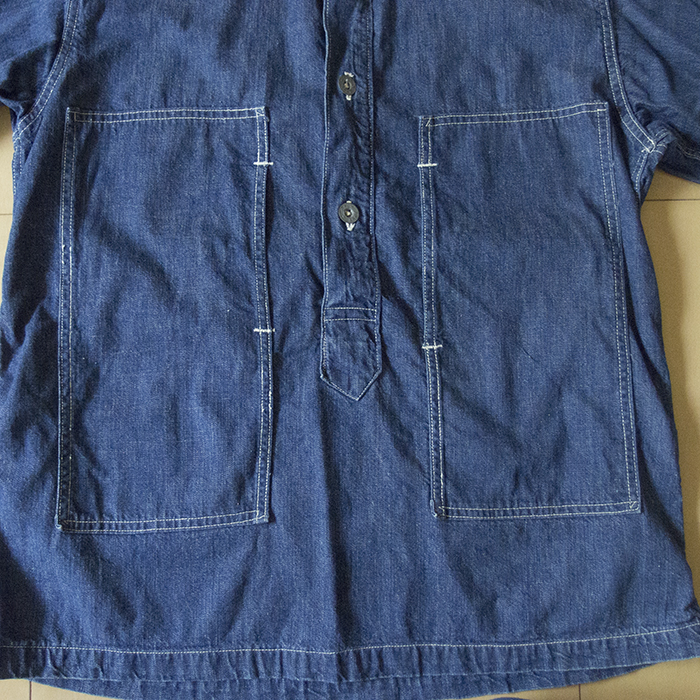 The vertical pockets are the best feature of this pullover jacket. In fact, they are far too large to be of much use. 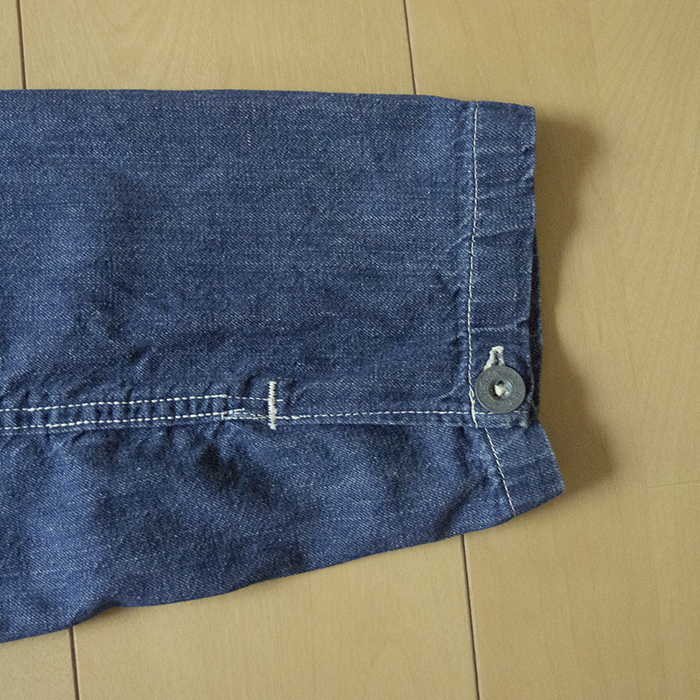 Simple cuffs with only one button. The buttons used are the same as those on the front. 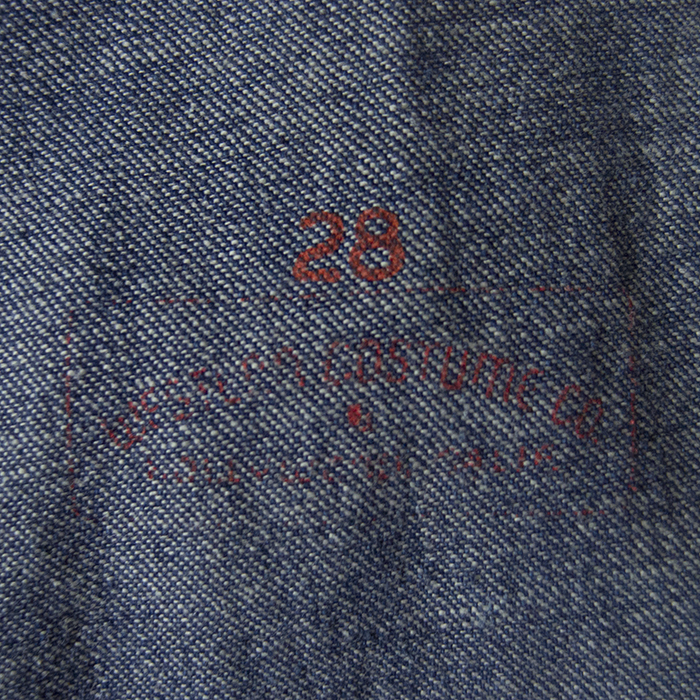 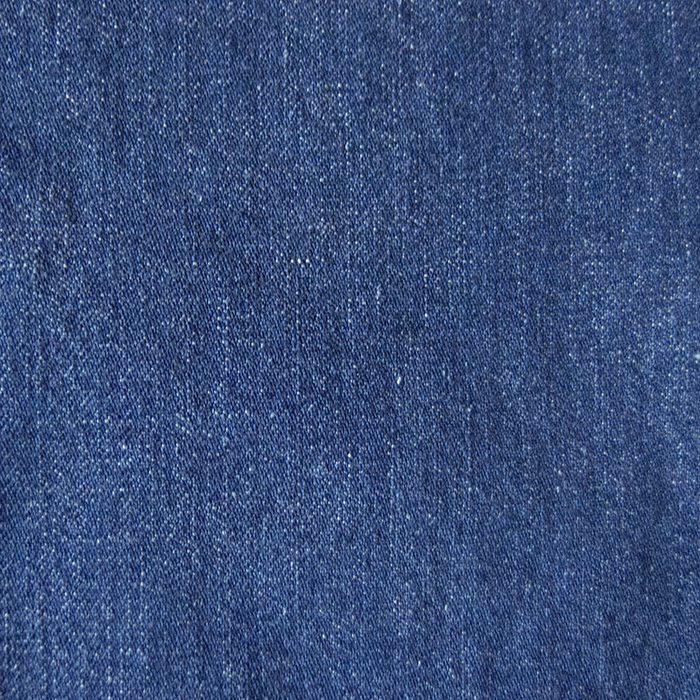 2×1 fabric with a strong slubby feel. The color is quite noticeably blue.