The third model of the Levi's denim jacket, manufactured around 1962-1967. It is said to be the origin of the modern denim jacket. It is difficult to distinguish this model from its successor, 70505, but the one introduced here has a paper patch. Based on the large size, the relatively short length compared to the width, and the specifications of the breast pocket, I'd say it's a 557 It seems good. 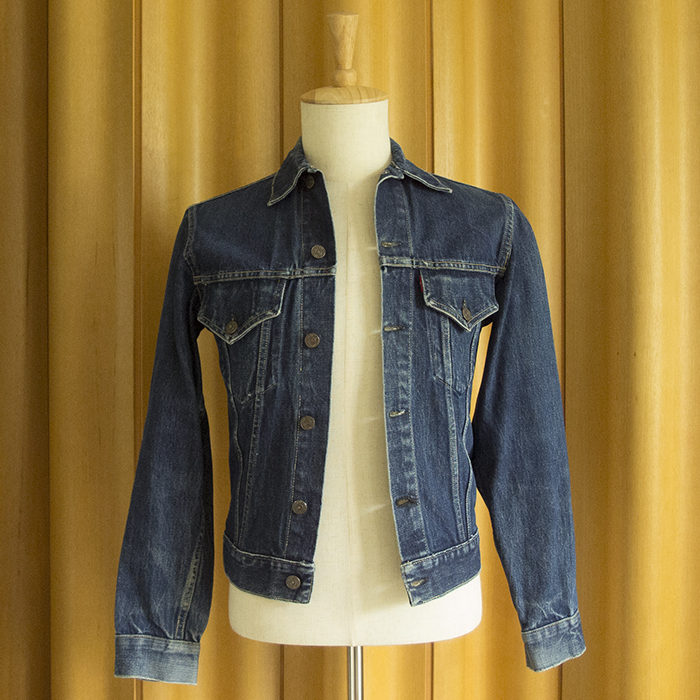 It's a design that many people will think of when they hear the word "Denim Jacket" and many other brands. The design employed, the 557 features a shorter length compared to the width and continues to the second It also takes over the size of the denim jacket. 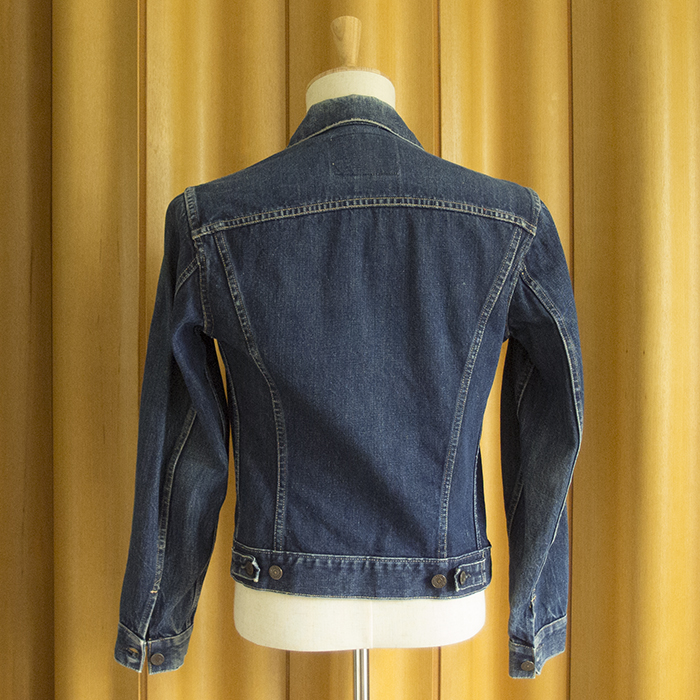 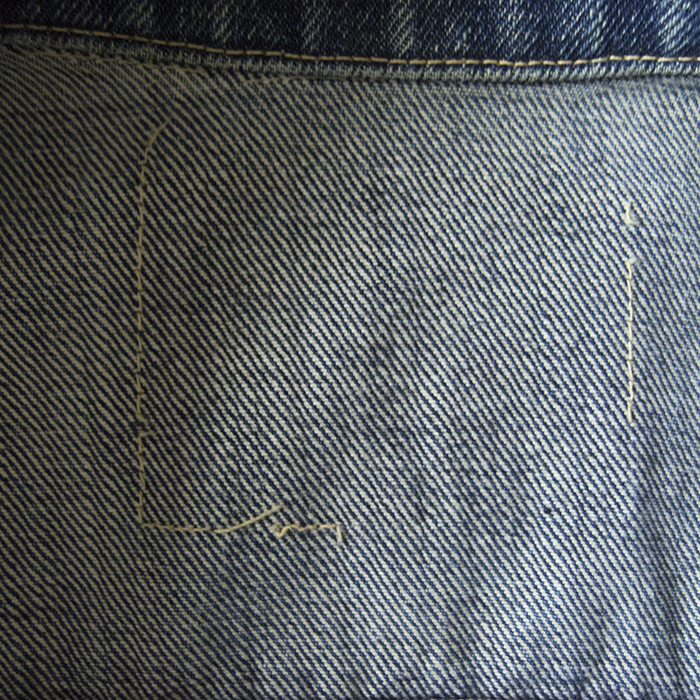 The patch of the same size as jeans in the 557, but in the successor model 70505, it is basically a little bit of horizontal Each of the smaller patches is used, and if the sewing thread of the patch is still in place, it can be used on either model. The size of patch was the same as that of 557. It seems that the same size of patches were used for 70505 in the very early days. 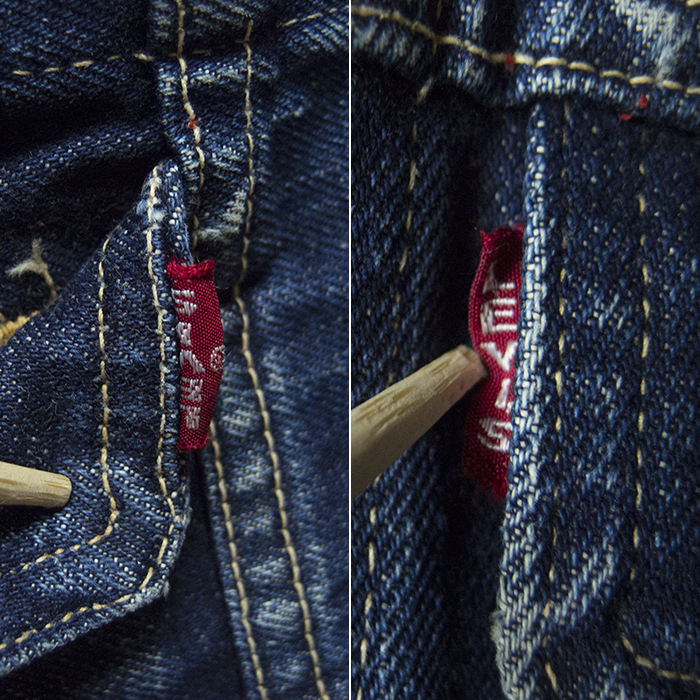 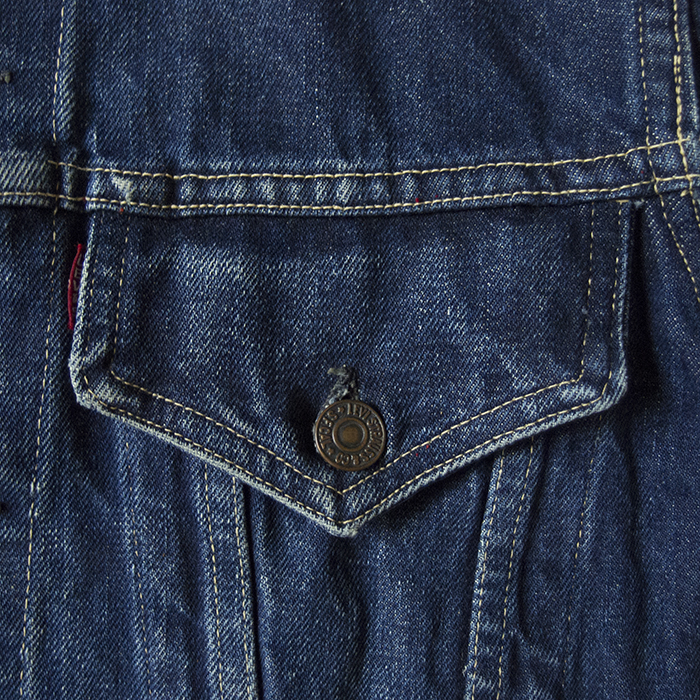 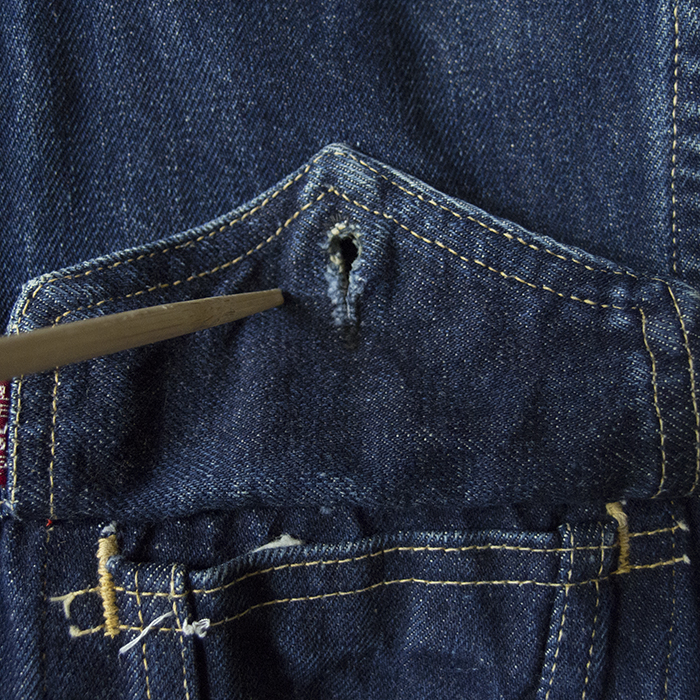 Early models of the 557 used a light ounce fabric on the back of the flap, but here The one that does is of the same fabric as the rest of the 557, so it seems to belong to the middle to late The top edge of the flap is sewn with two stitches, with two yellow spots on either side. With the flap open, the top edge of the pocket is sewn with two stitches, and the two yellow Although it is reinforced with cannons, the number of stitches is reduced to one when it becomes 70505, and the color of cannons is becomes black.

The 507 basically used silver buttons, but starting with the 557, they were replaced with copper-plated iron buttons, the same as the current ones.

placket, back of button

Until the 507XX, the fabric was used for the back of the placket with ears, but in the 557, the e No parts are used. Chain stitching under the waistband. Button back side engraved with "17".

Like the 507XX, it has buttons on both hips for adjustment. It's hard to tell from the photo, but the belt is slightly tapered. 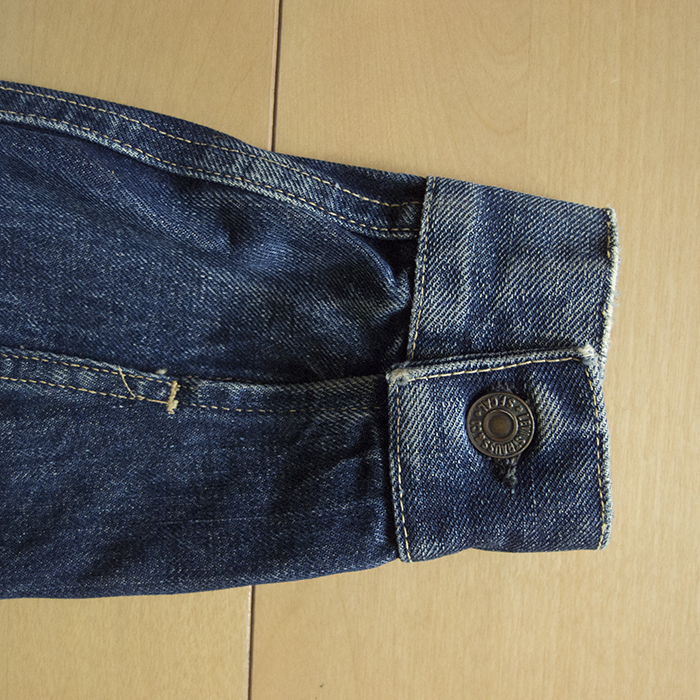 The sleeve reinforcement was riveted on the 507XX but changed to cannula on the 557. 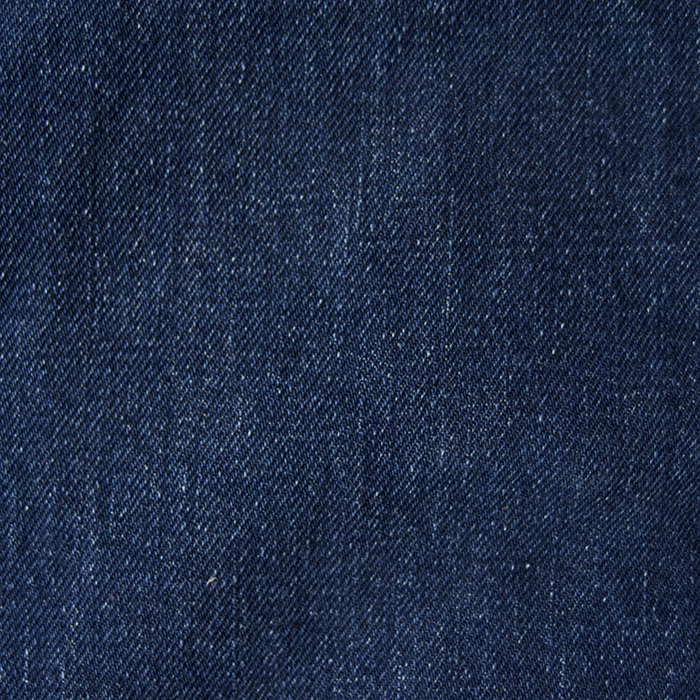 Unlike the 507XX, this one is made of anti-shrinkage fabric, which has about 60-70 % of color residue, but it's lush. It has a strong slubby feel and is still neppy.