It is the successor to the 506XX, which is said to have been introduced around 1952, and is called the second model . Two breast pockets, side adjustable buttons in place of the back cinch back, and the addition of two new pockets. The 507XX has been replaced by the 506xx. It is believed to have been manufactured until about 1952 or 1962, but the one shown here is the West The tithe, such as the chain stitching underneath the belt, indicates that the relatively early production of It seems to be a thing.

There are now two breast pockets, but the basic shape is much the same as the 506XX. 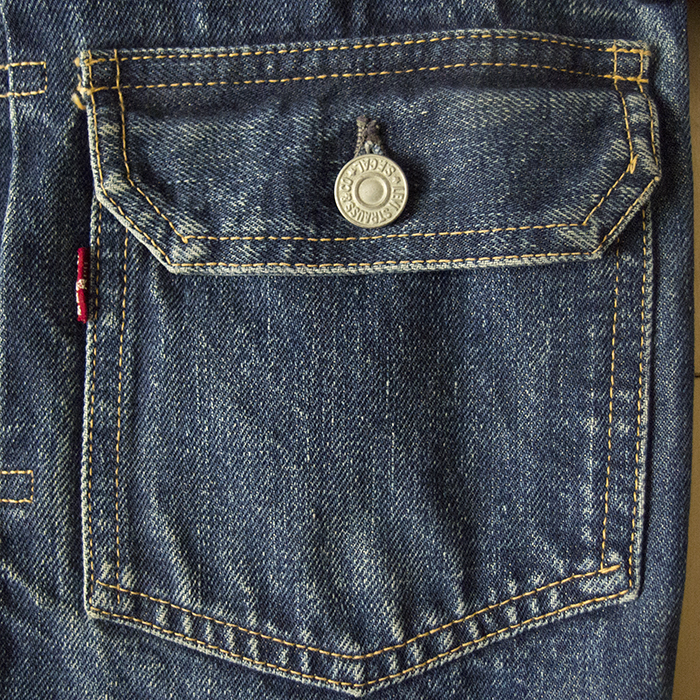 The flap pocket, which on the 506XX had a gentle curve at the bottom of the flap. In the 507XX, the corners stand up. The top two corners of the pockets have a cannock clasp. It is said that the early models are mostly black, and the later models are yellow or orange. in. 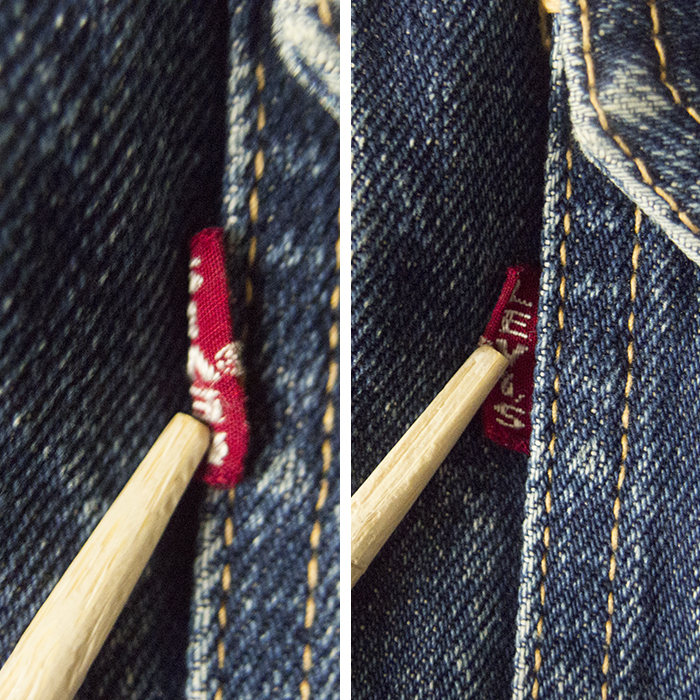 Iron buttons. There is an L-shaped stitching on the side of the button. This stitching seems to be extended to the hem in a straight line in the later models.

The cinch back is gone, and in its place are buttons on both sides of the waist for adjustment. 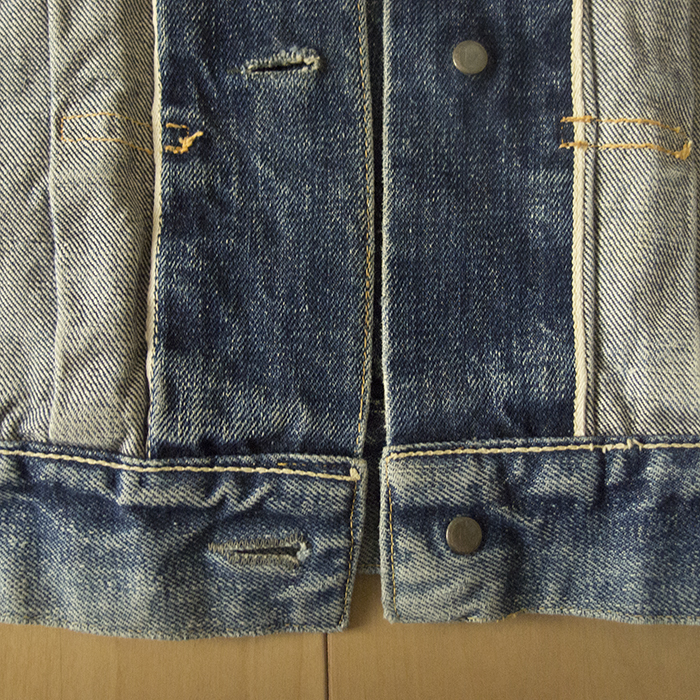 Like the 506XX, ears are used in the front. The engraving on the back of the button is "17". Also, the stitching underneath the waistband is single stitched, but in the later models Changed to chain stitch. 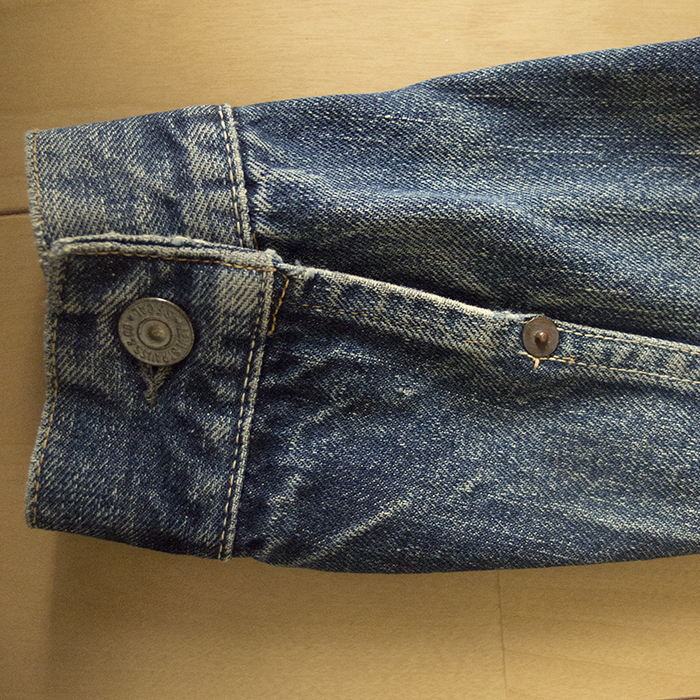 Compared to the pre-WWII model 506XX, the slubby feel is more subdued, but there is not much difference from the 1947 model 506XX.