It is 13MWZ that appeared as the successor model of 11MWZ in the 1960s, and one that seems to be the one of the late 1960s that used left twill denim. The details are unchanged from previous Wrangler jeans. Although in unused condition with gluing, the dyeing of the fabric is noticeably much thinner than in either the earlier or later periods. 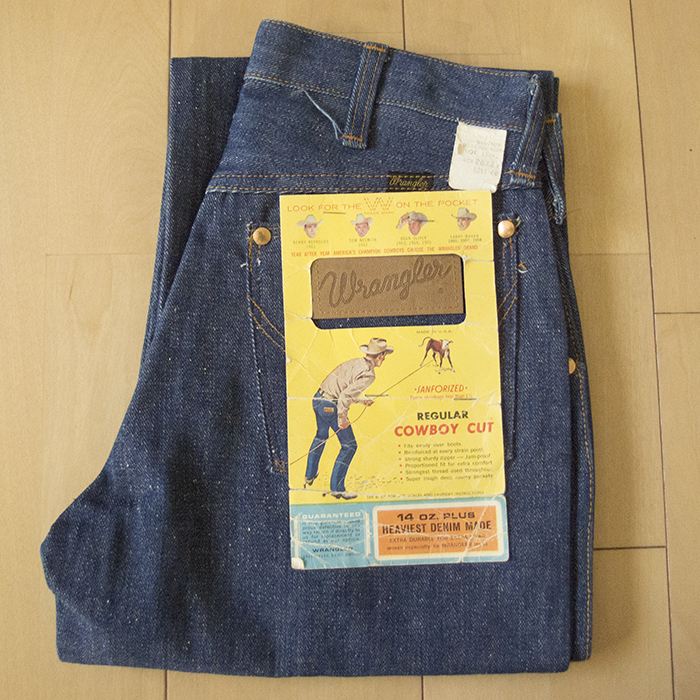 It comes with a flasher, but not a gimmie book. 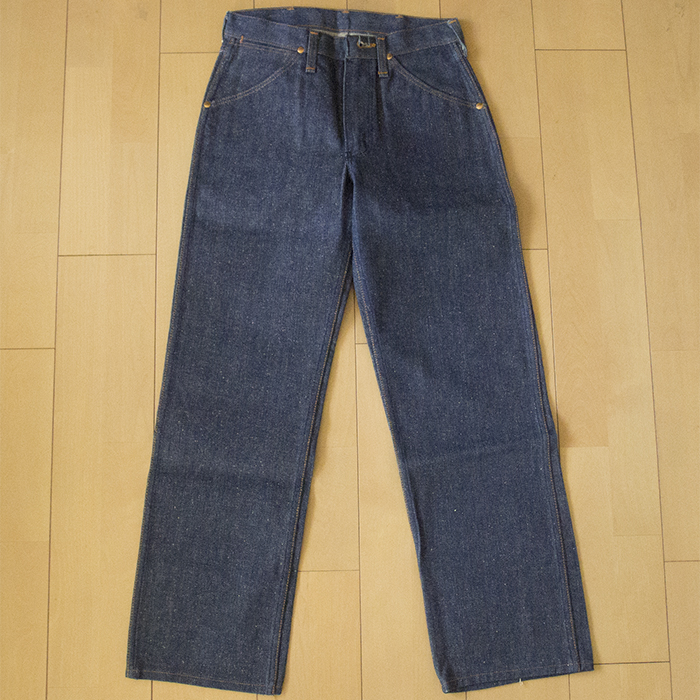 It's pretty thick and straight. Levi's 501 at the same time is slightly tapered, but this one is not tapered from the knee down either. 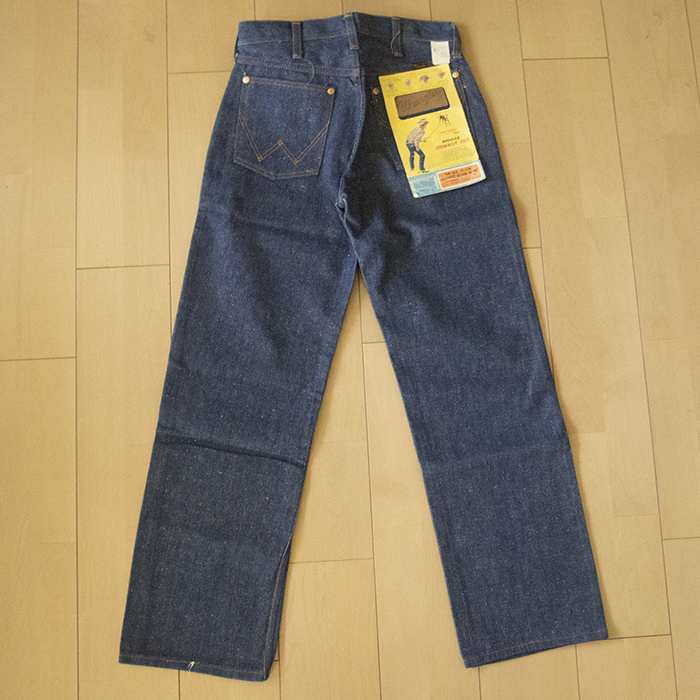 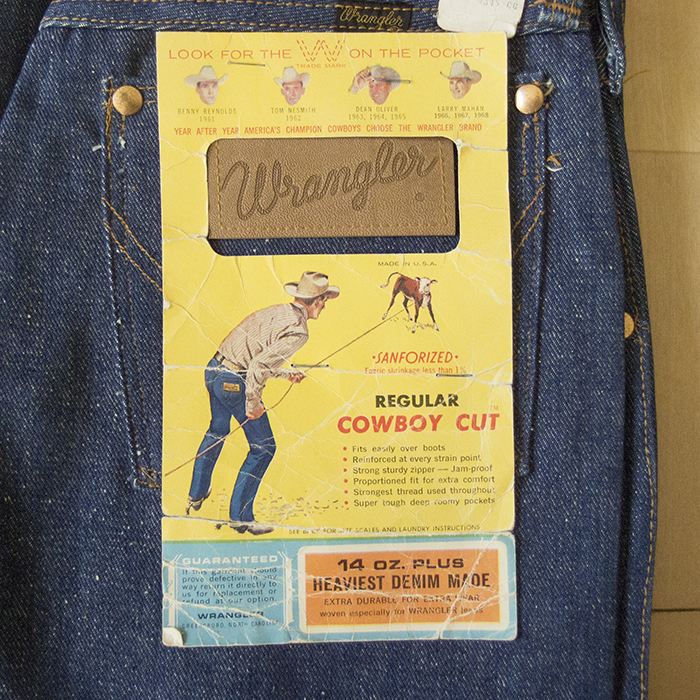 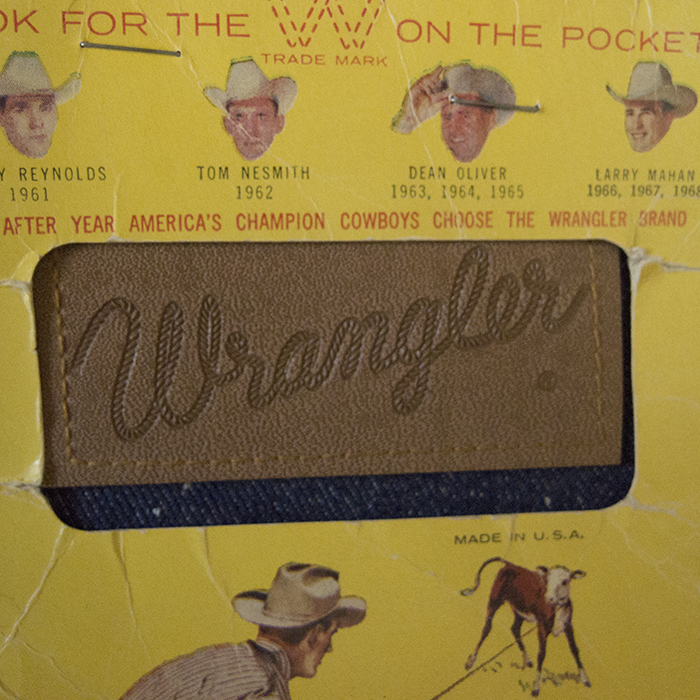 The bluebell mark is taken from the plastic patch, and a circle R is placed at the bottom right of the rope Wrangler. 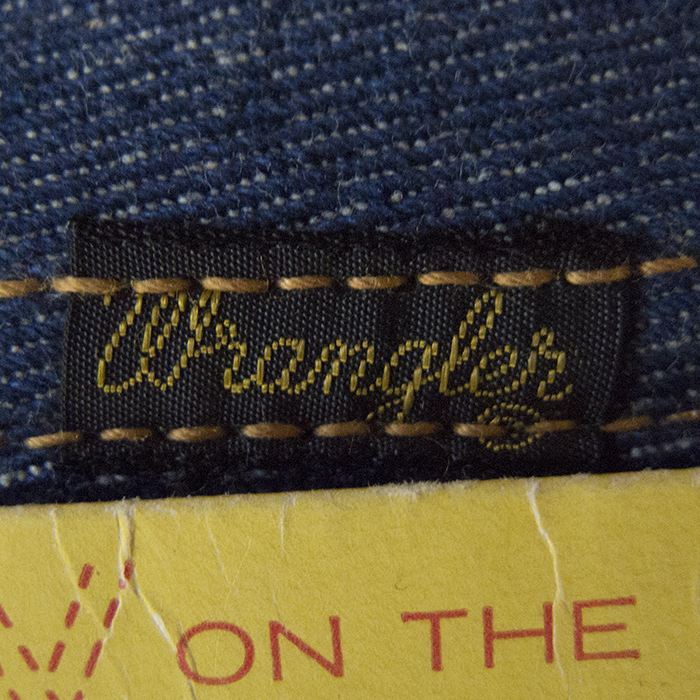 The tab is also visible because the flasher is slightly attached to the lower eye. Black tab with ○R. 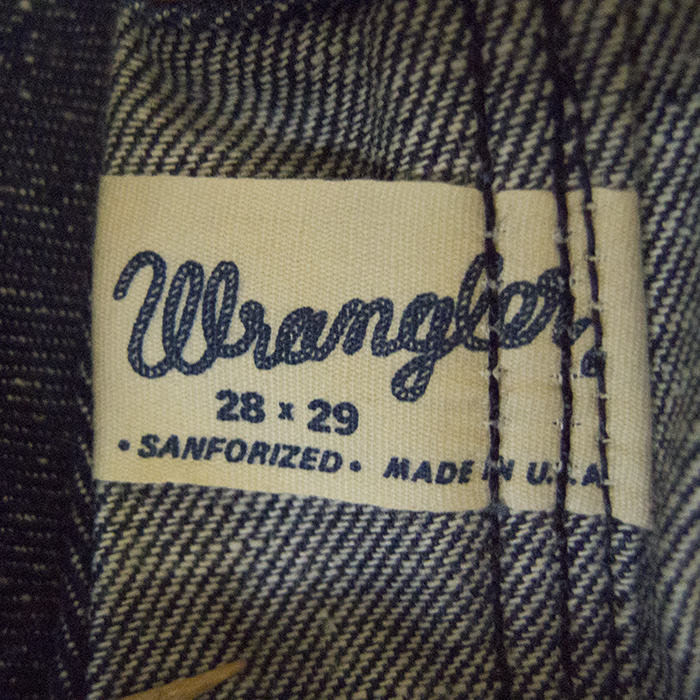 The bluebell mark is already gone.

A back pocket with a near-square shape." The "W" stitching is deep on the outside and shallow on the inside.

Top button with the rope logo 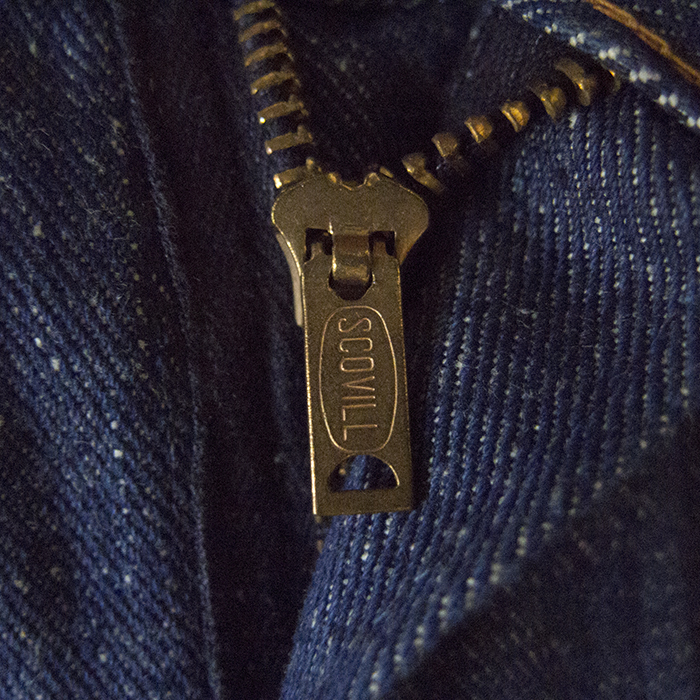 Top button back with the engraving of "A 0 A". 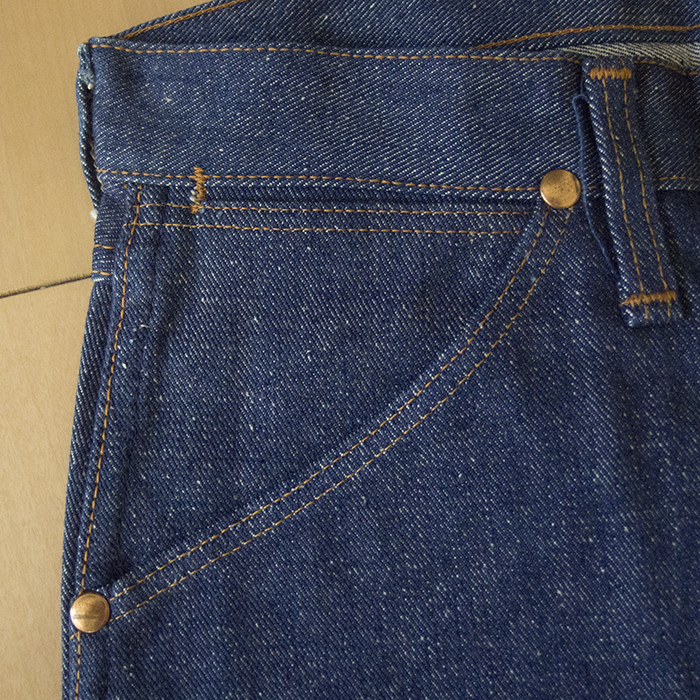 The left side of the coin pocket is reinforced only by cannubis and not by rivets. 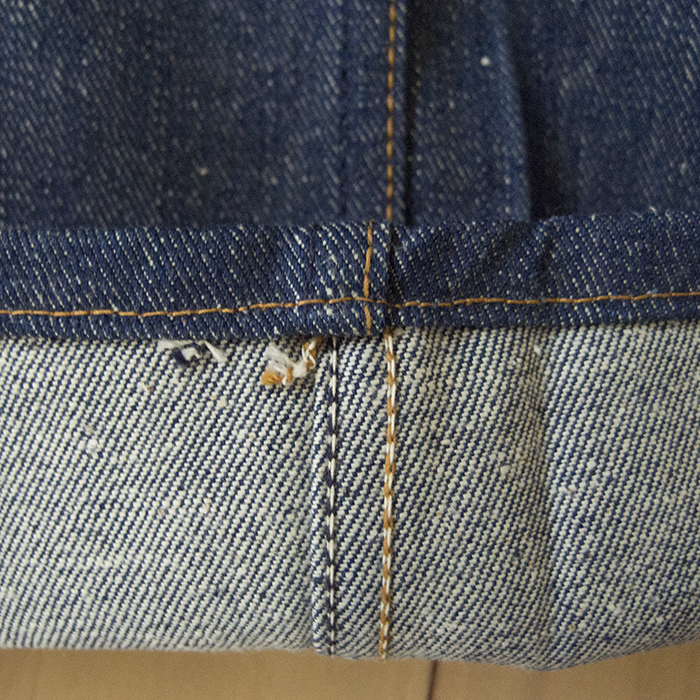 It is double stitched. Single stitching at the hem. 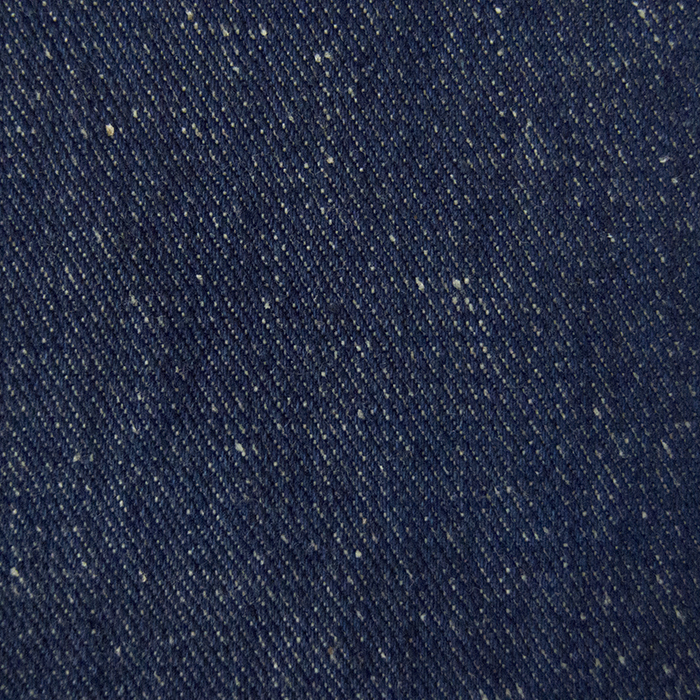 Over 14oz left twill denim. The dyeing is thin throughout, but it is thought to be due to the fact that the weft is well visible. Compared to Levi's denim from the same period, the nips are noticeable.