Wrangler boys model 11BZX, the bluebell mark on the tag is diagonal (diagonal bell), so it may be a little later than the same model made in 1957-1958. However, there are no changes in the specifications except for the tags. The "14" on the inner tag indicates that this is a boy's model for 14 years old, but except for the hips, it's made to be large, so it can be worn by skinny men and women. It doesn't have a flasher on it, but it hasn't been watered or worn yet, so it's probably dead stock. 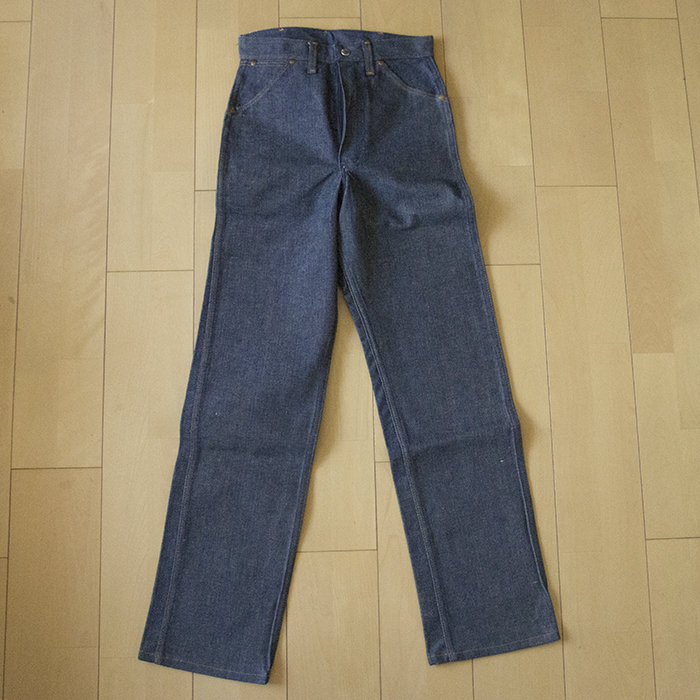 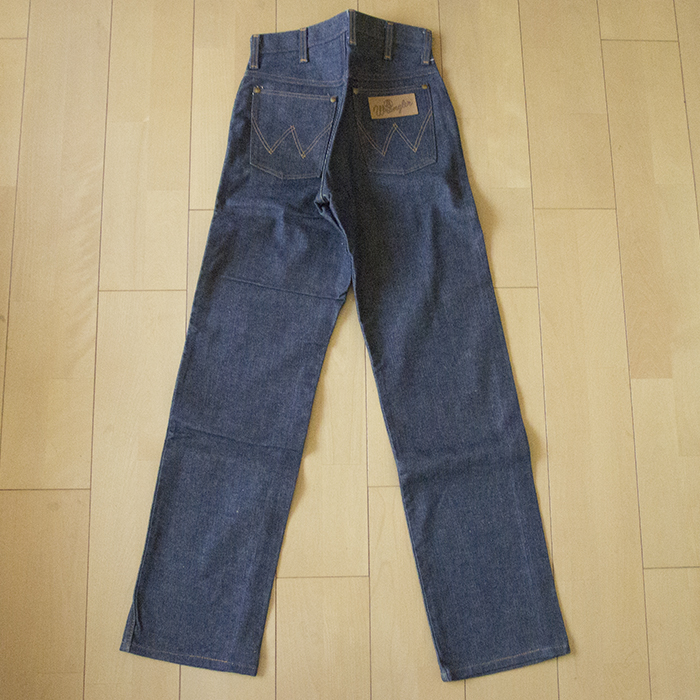 The number of belt loops is 7. Also, the center belt loop at the back is an offset belt loop that is staggered to the right. 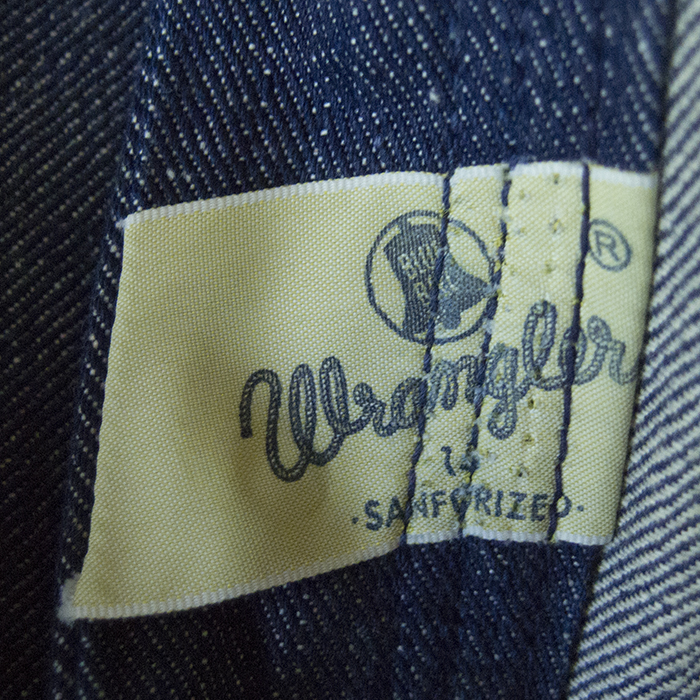 Print Tags. There is a notation of "○R" in the center of the size, but there is no notation of "MADE IN U.S.A". 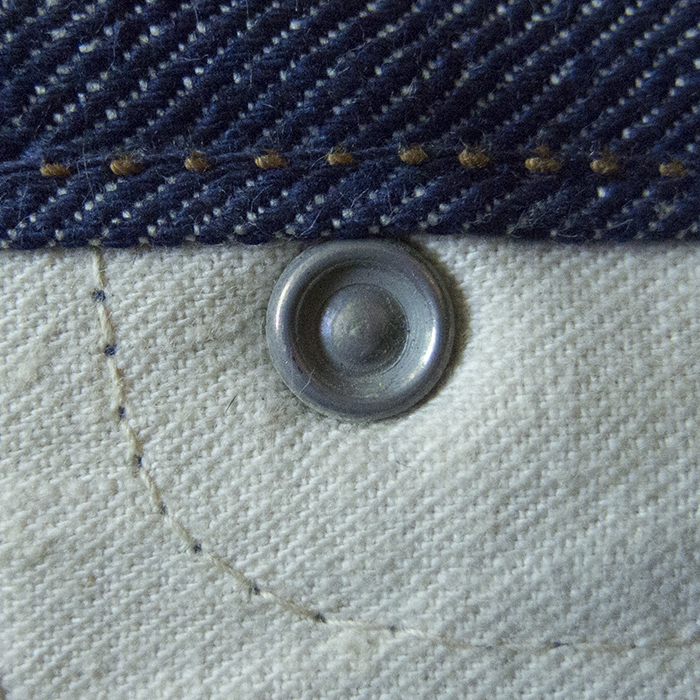 Snap buttons are used for the boys' model. Silver with Wrangler engraved in red letters. 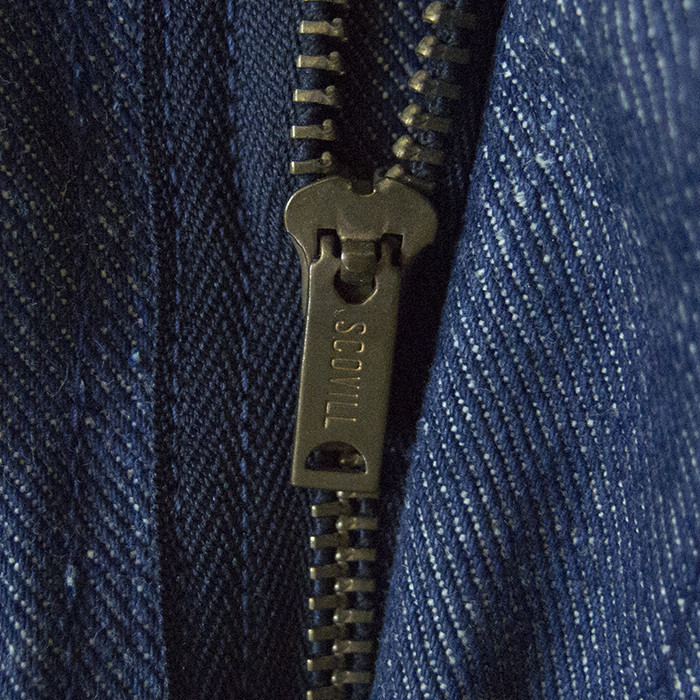 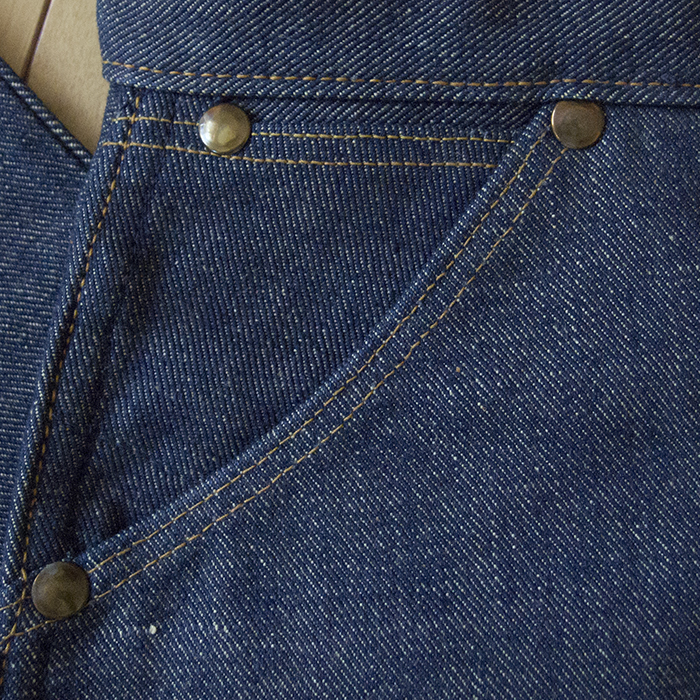 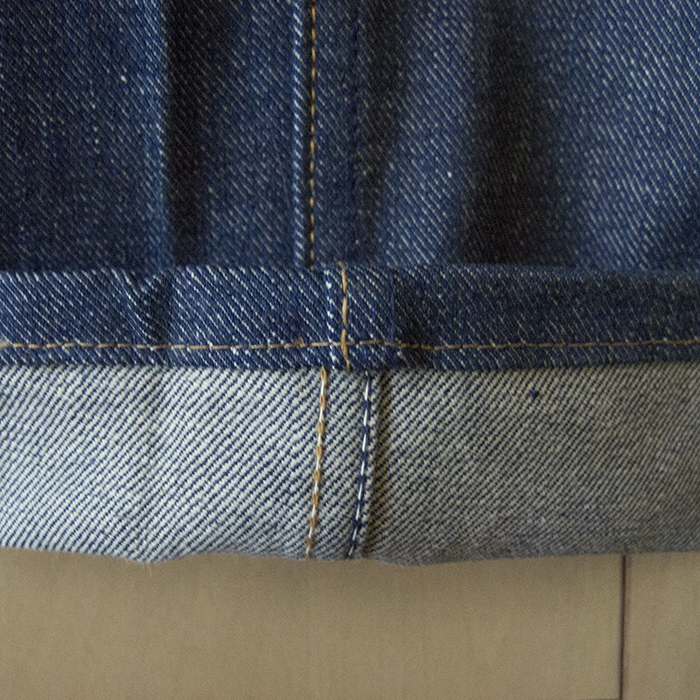 Double stitched rollover stitch with a single stitch at the hem. 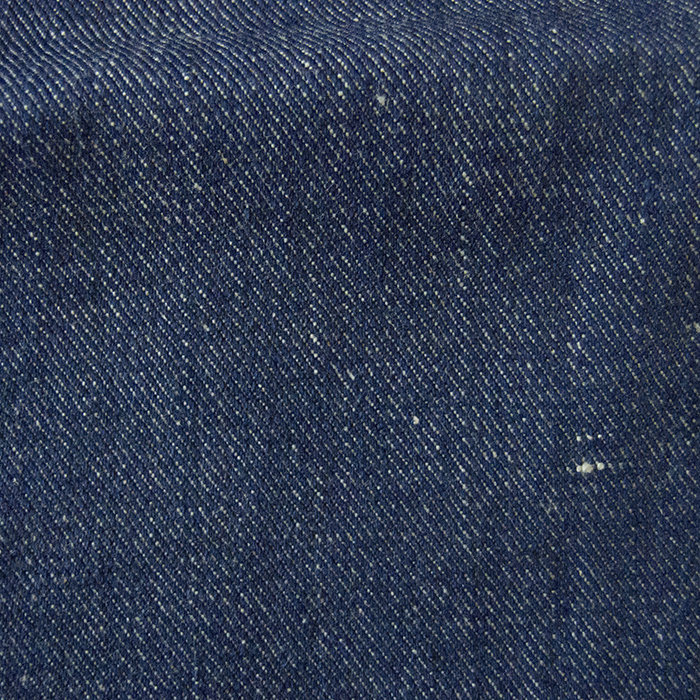 Left twill fabric. The color is very bluish. The neps are very noticeable.