This is also a 501XX model, but this has a doughnut button on the front button and some poor sewing, which makes this one more like WWII model. 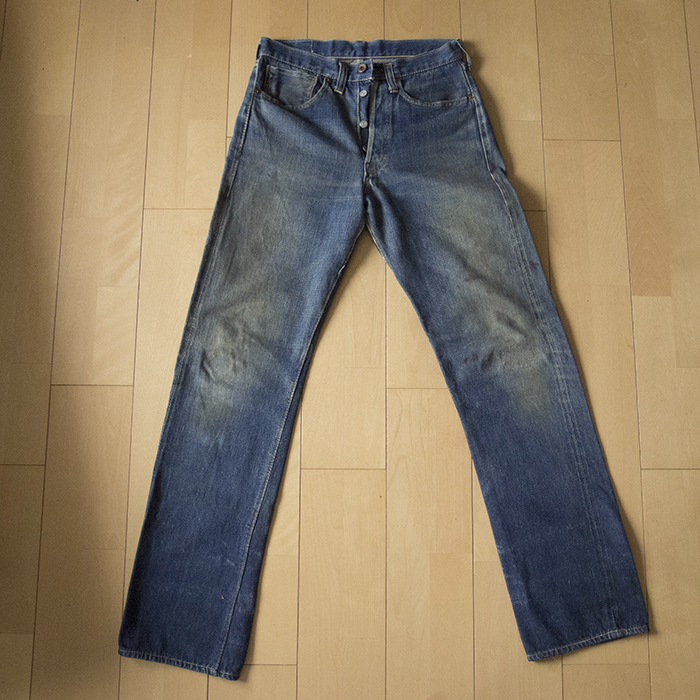 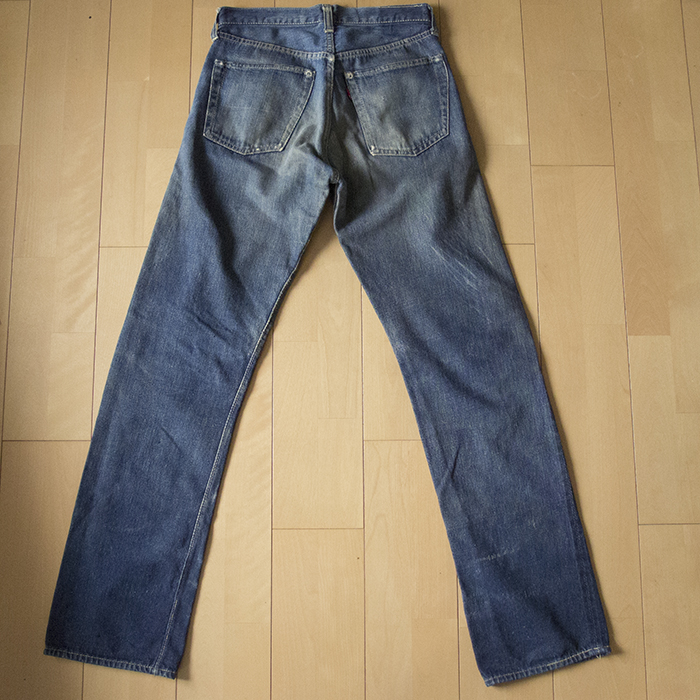 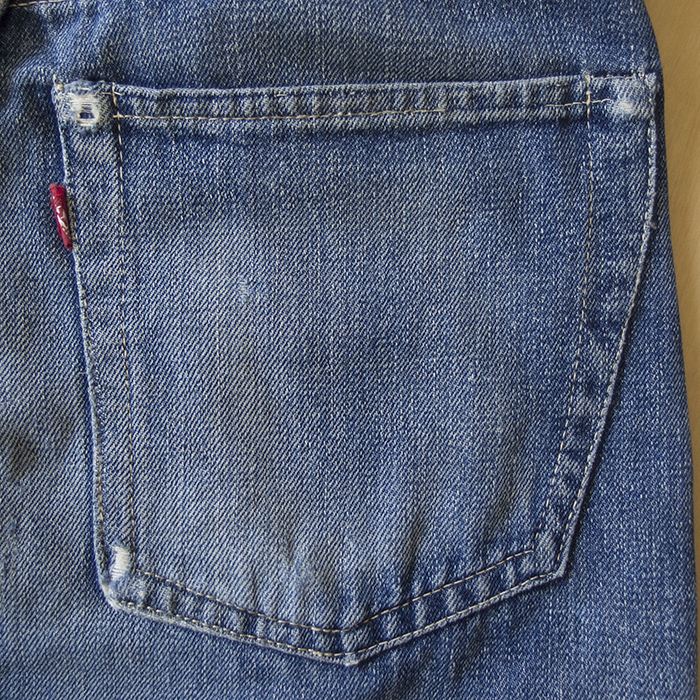 In order to save supplies, the arcuate stitch was substituted with a print. The print has already peeled off and no arcuate remains. 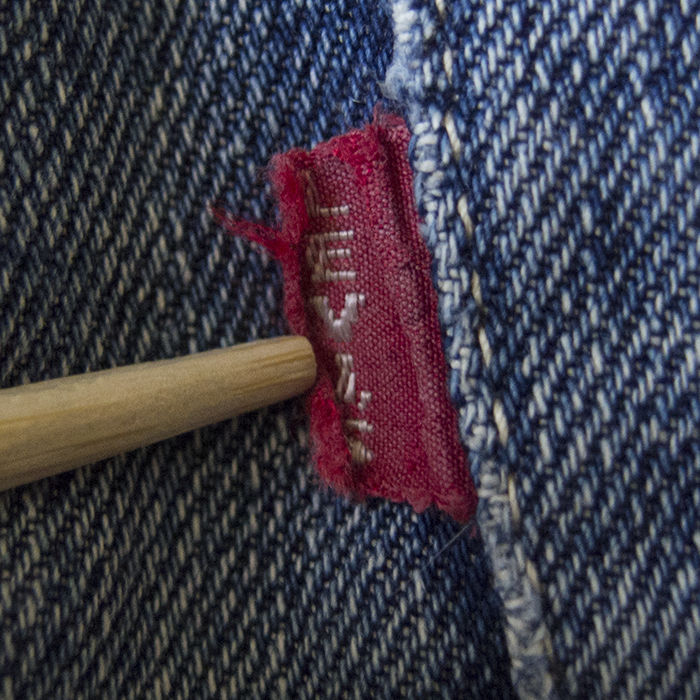 Levis embroidery on one side only. It is slightly faded. 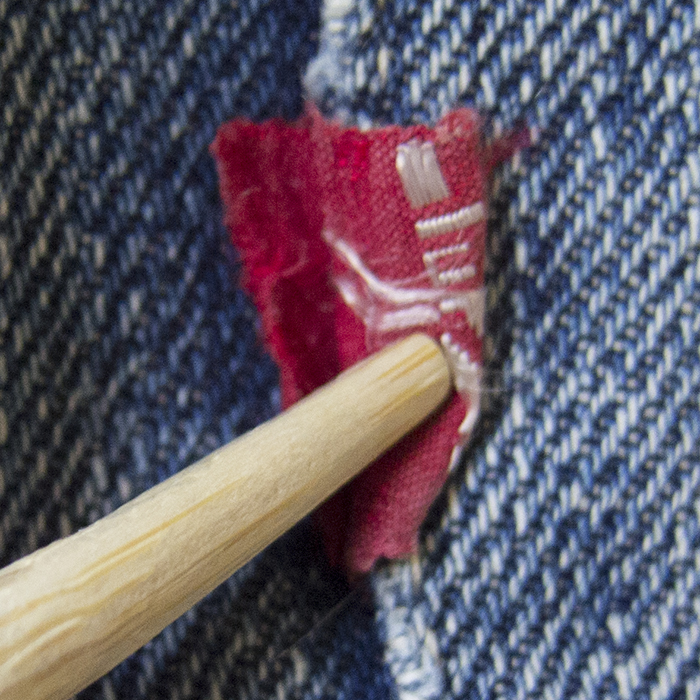 Unfortunately, the back of the book is torn. It is brittle, including the embroidery thread. 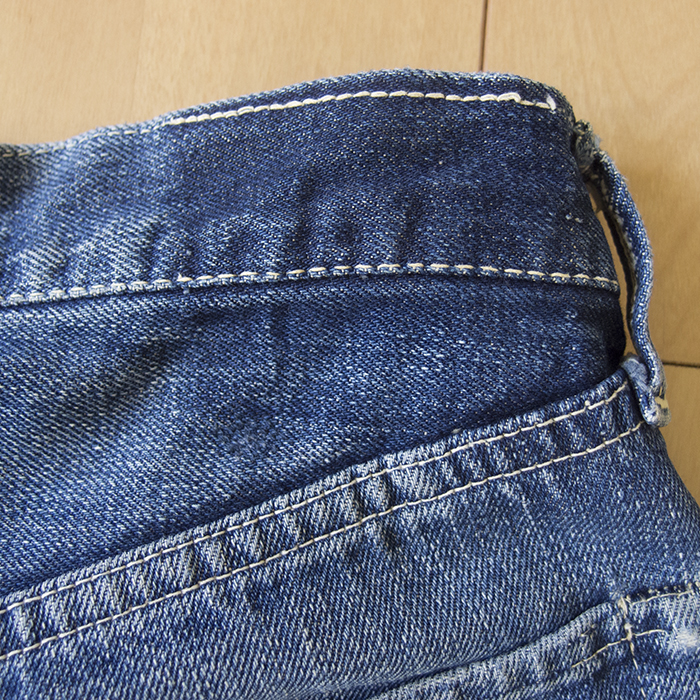 There are no leather patches left, only traces. 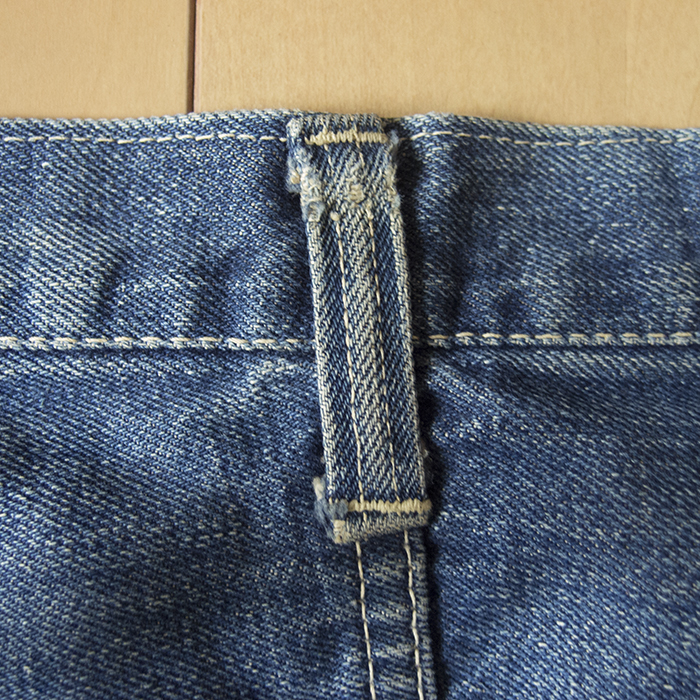 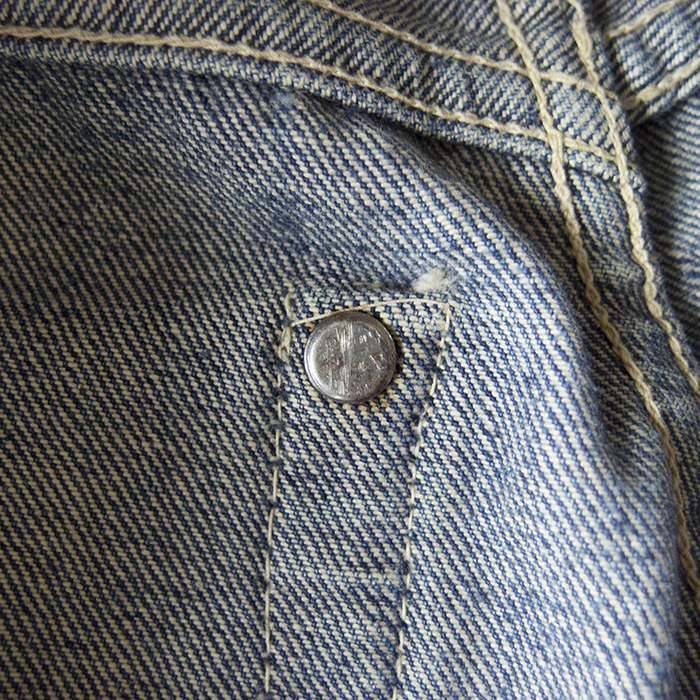 It is made of iron and has some rust. There is no engraving at all.

General purpose donut button in iron with V-stitching extending below the top button.

Like the other WWII model, it has three fly buttons, so I'm judging it a 501. Except for the top button, three iron buttons with Levi's engraving are used. 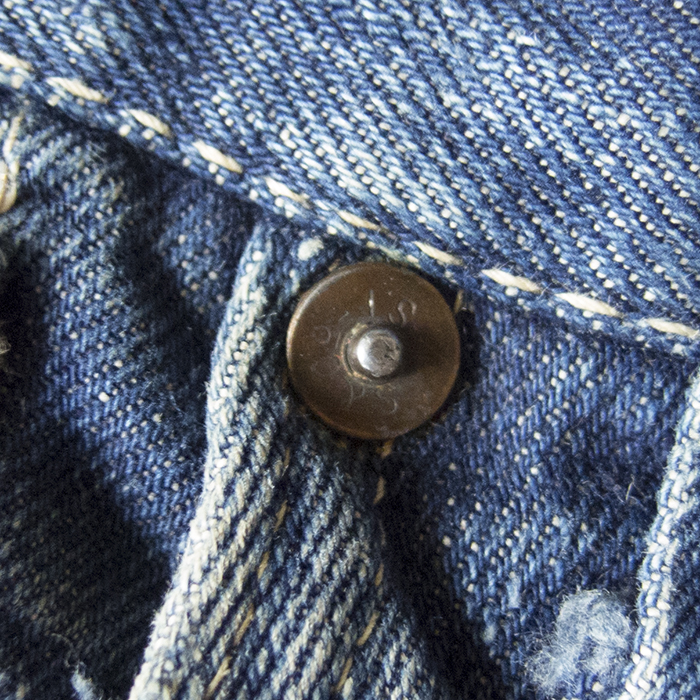 It's hard to tell from the image, but the "o" in the "co" is a lowercase type that is said to have been used before the war. All four rebeds are of this type. It is likely to be made of copper-plated iron as it has a magnet. 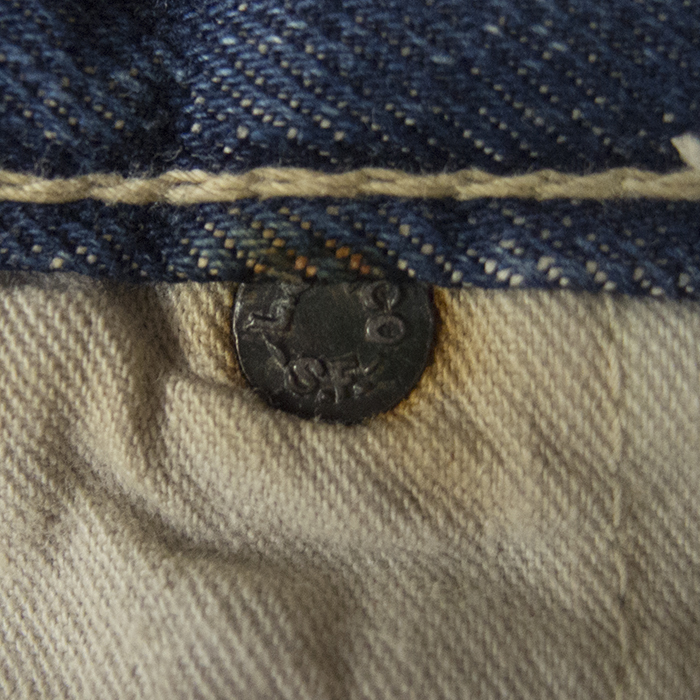 "L.S. & CO S.F." engraved. It appears to have been made of copper-plated iron, and there is some iron rust on the slake. 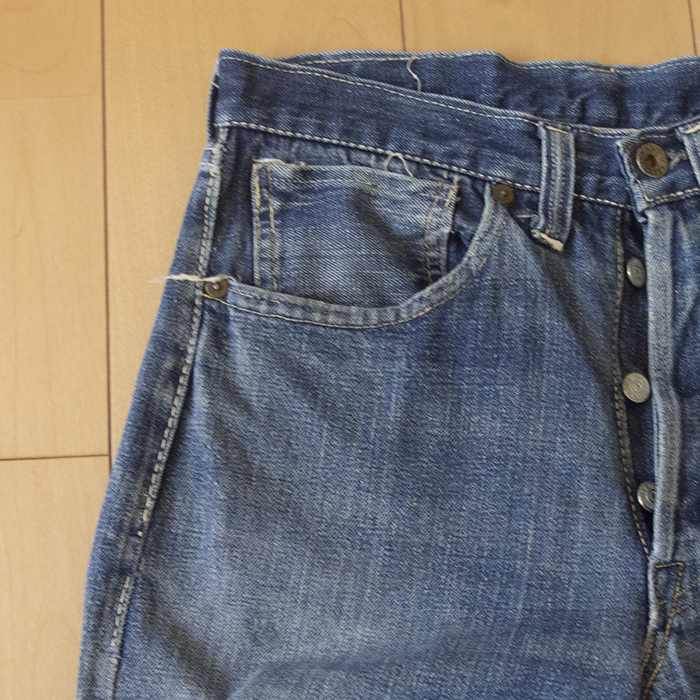 The side stitching is very long, about 9.4inch (24cm). Also, the stitching widths are uneven.

There is no bar tack. 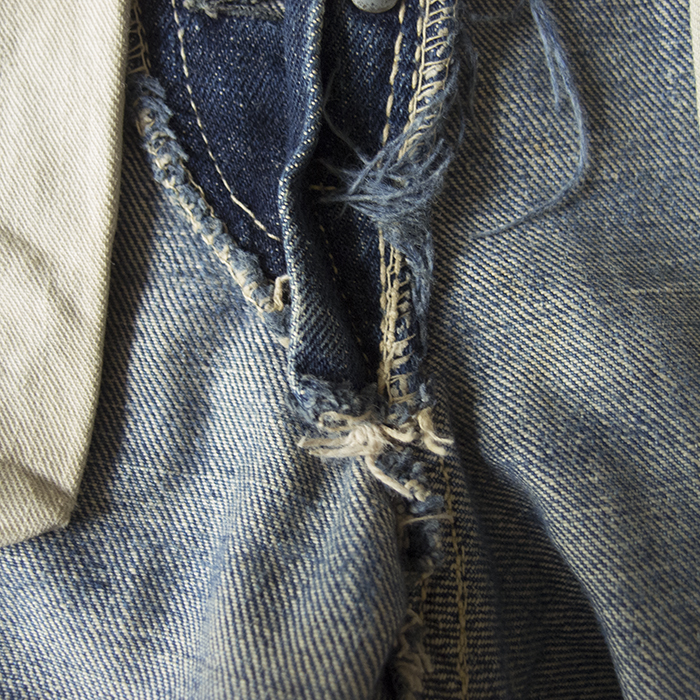 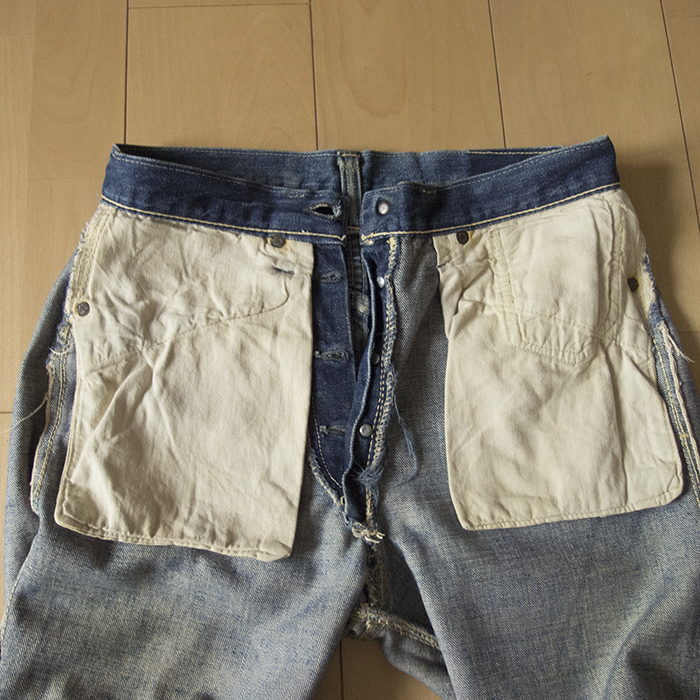 During WWII War, it seems that a variety of cloths were used for slakes, but these were made from ordinary slake material. 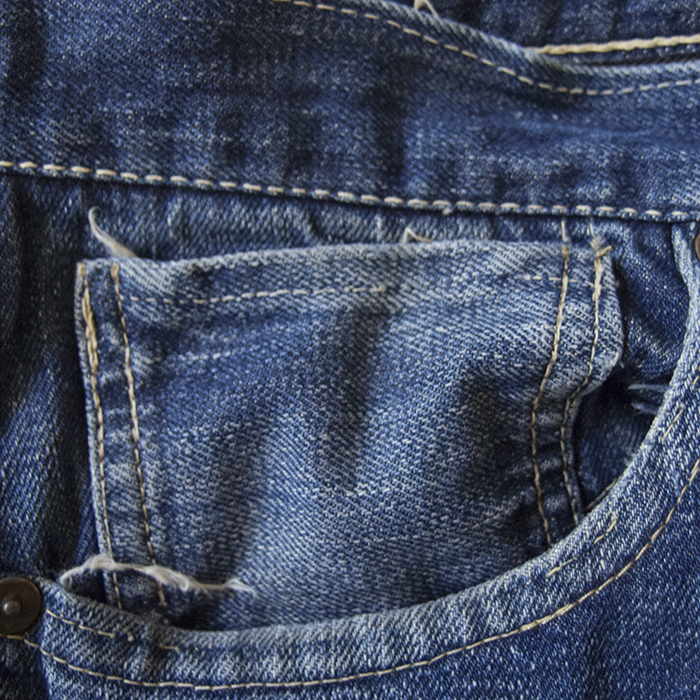 The rivets have been omitted to save supplies. The coin pocket is made of horizontal fabric and the other side is made of vertical fabric. 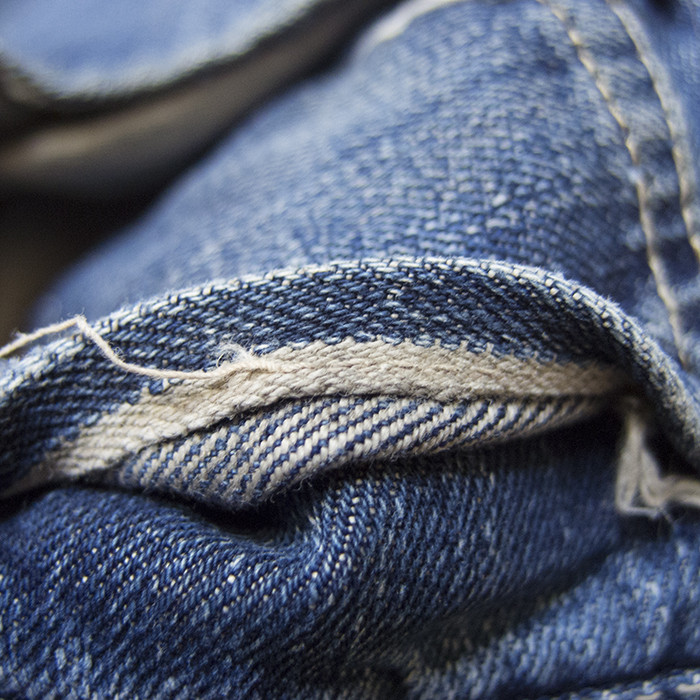 The fabric is used horizontally and the selvedge are used. 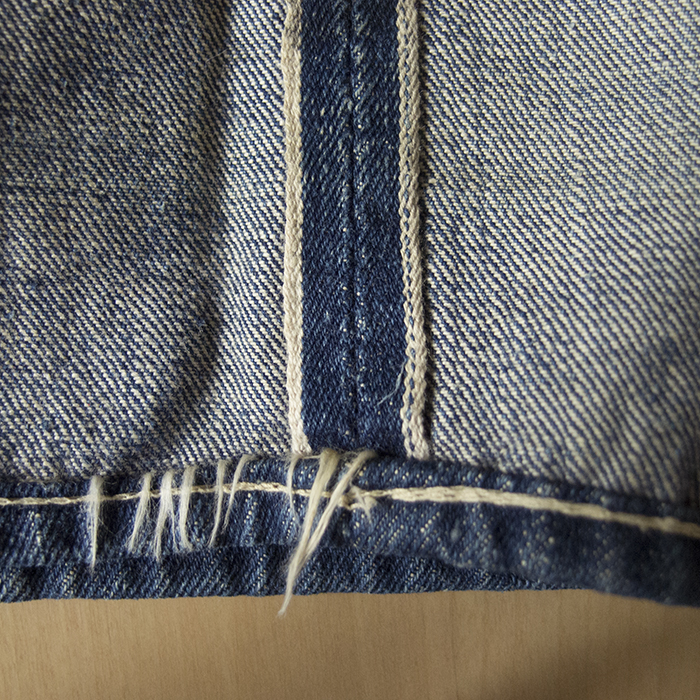 Four selvedge on the left and right, only one of which has a blue line. It seems to be rare. 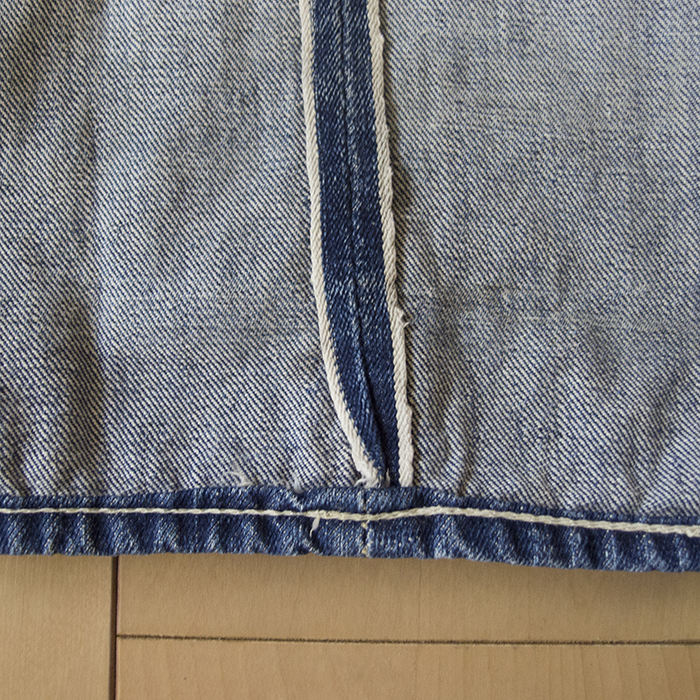 The other hem. It seems to be the original hem, but the finish is quite poor. There seems to have been a lot of them in the Great War period. 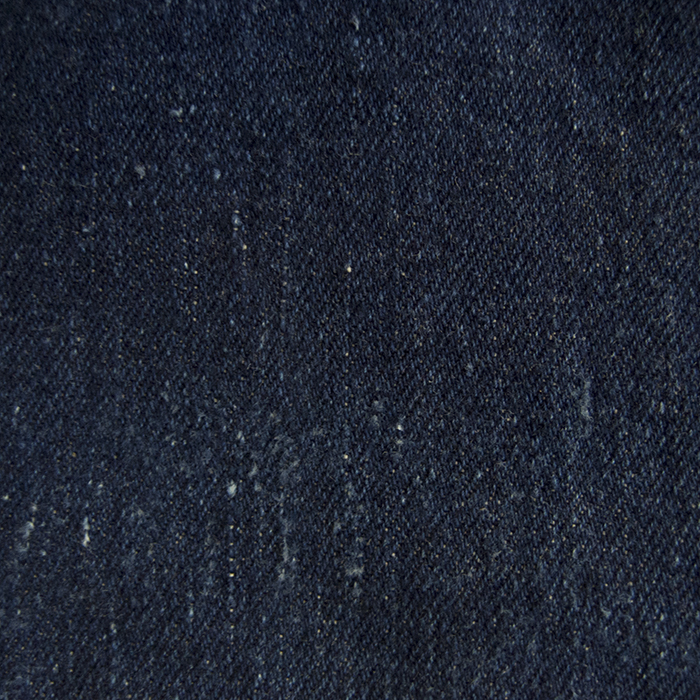 The darkest colored hem below the knee. It is slightly blackish. Also, the neps are very high. 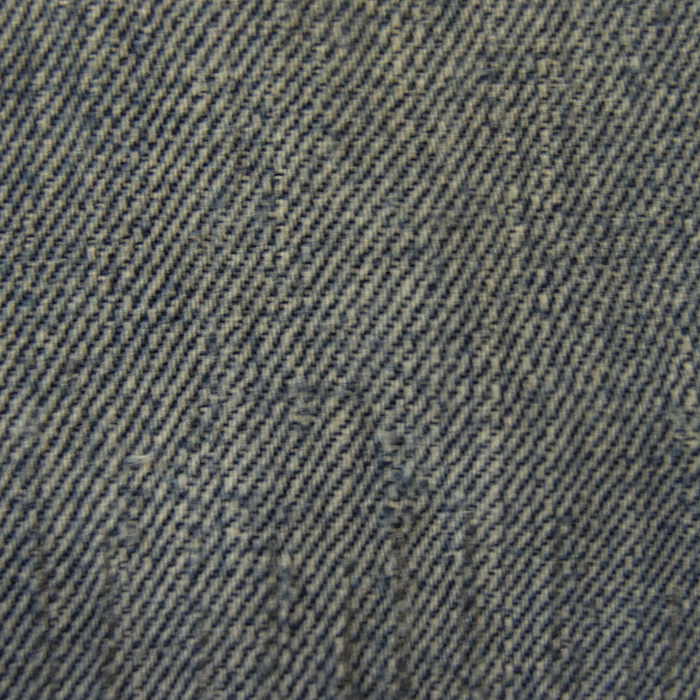 The lightest colored part of the thigh. There is still some blackness.
HOME | Denim Archieves (in English) | Vintage & Old Denim Bottoms | LEVI'S S501XX (WWII model) No.2