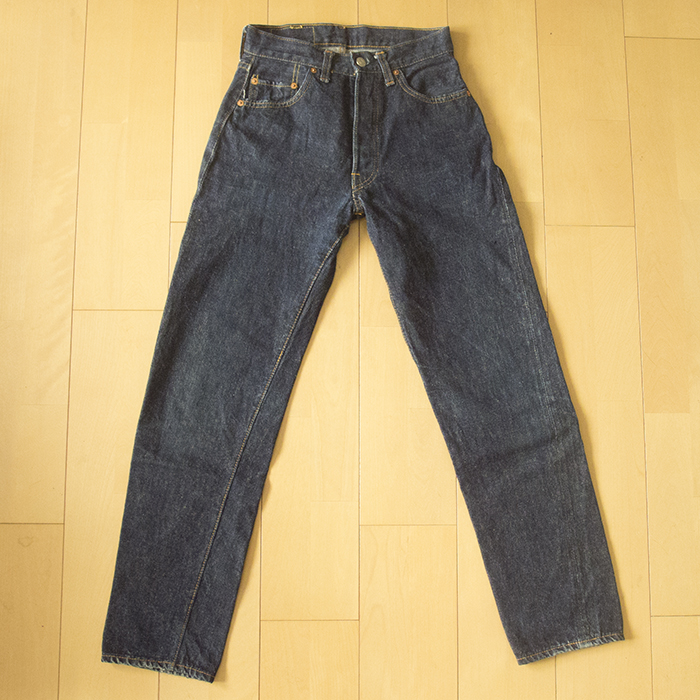 About 90% of the color remains. The silhouette is tapered from around the thighs, but may be custom to a greater degree than normal. 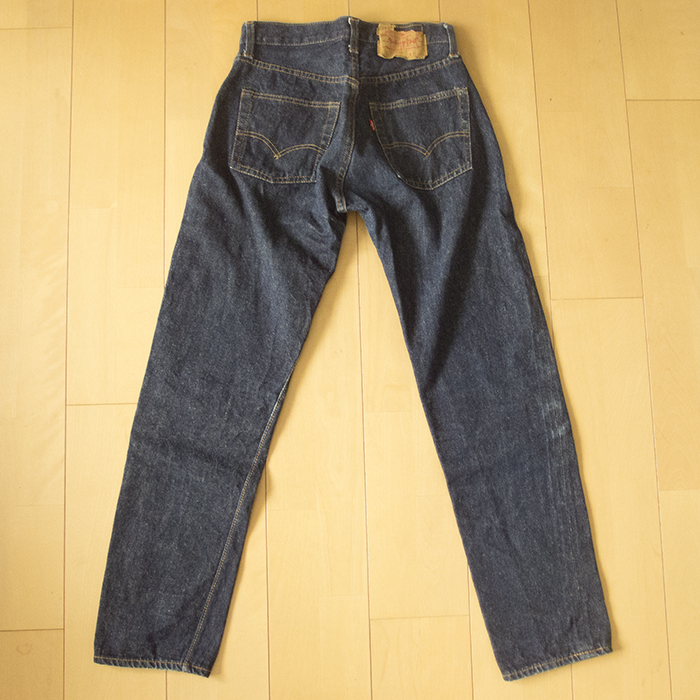 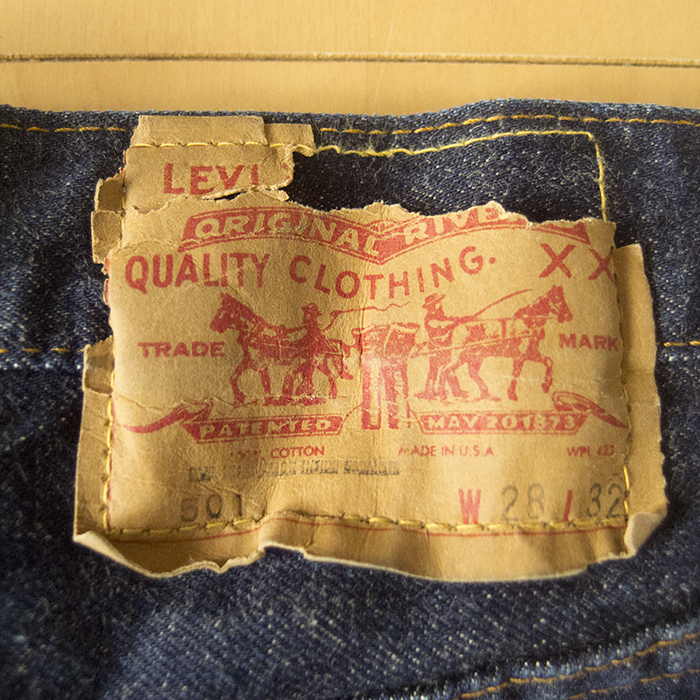 The patches are unchanged from the 66 models except for the 16 mark. There is a perforation mark on the far right, which may have originally been a tear-off tag. 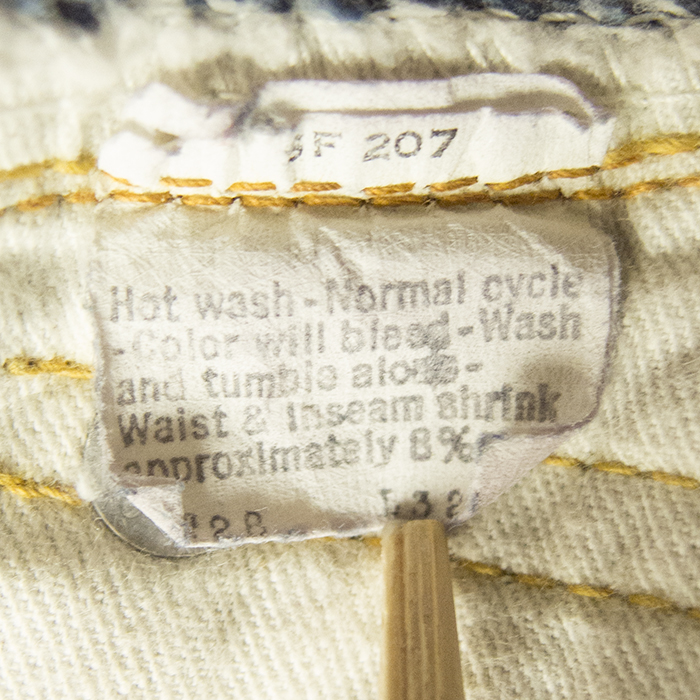 As with the 66 models, except for the 16 engraving, there is a note of caution in washing and an 8% shrinkage rate. 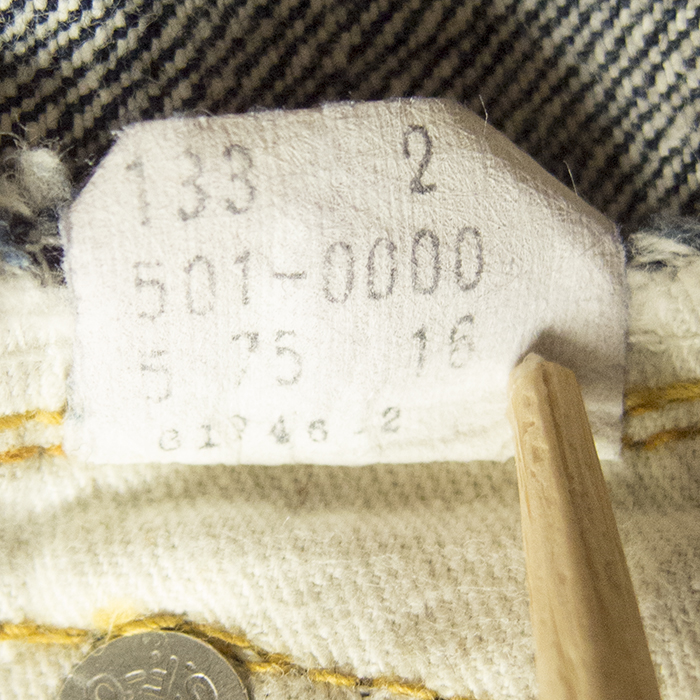 Almost square back pocket. Even arcuate stitching on the left and right. The stitches are all orange except for the stitching that fastens the patch. 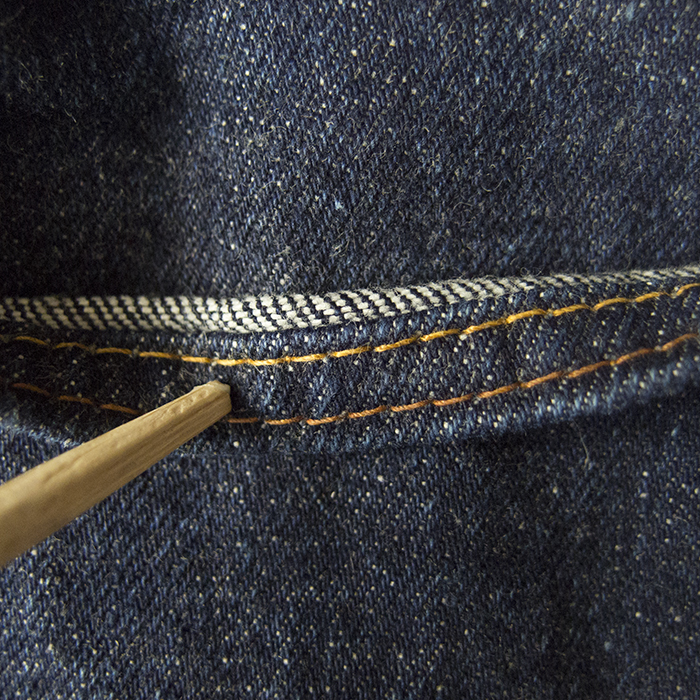 Single stitching on the back of the back pocket. 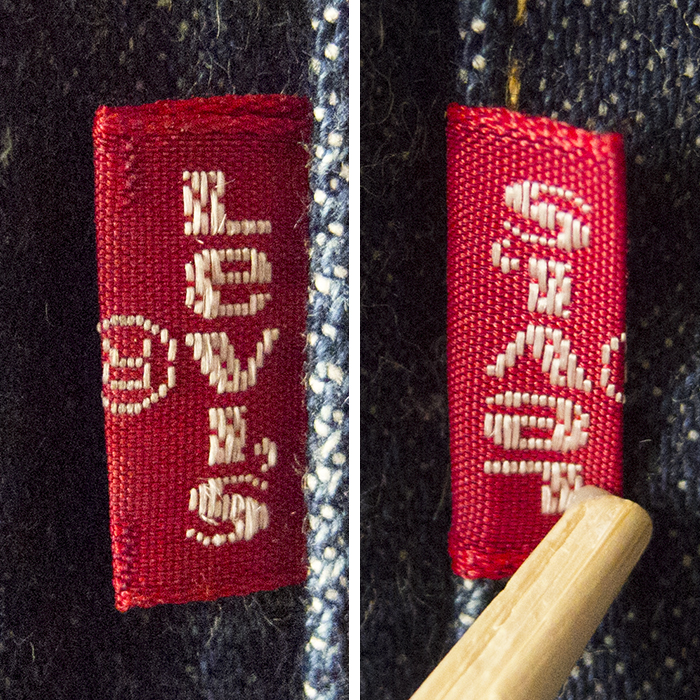 A button with a small pitter-patter between the letters.

Except for the top button, there are three buttons.

The fly button is no different from the other 66 models. A button with a small pitter-patter between the letters. 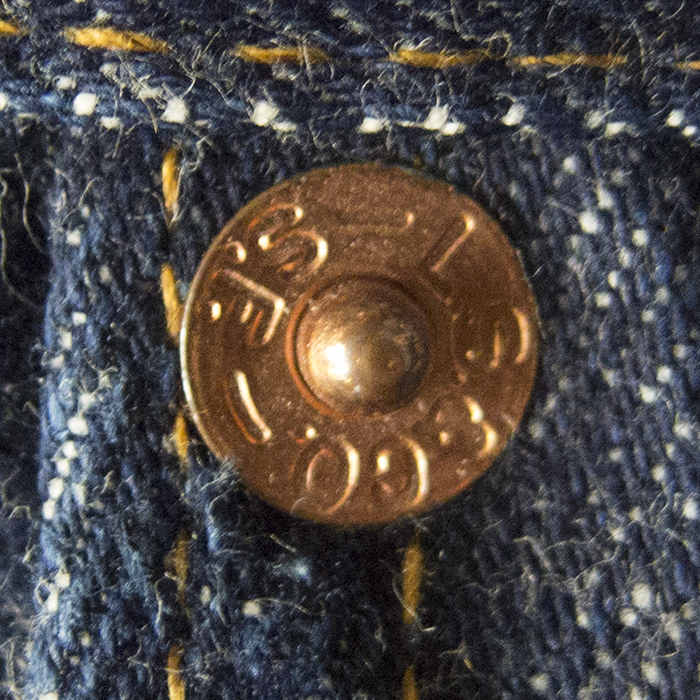 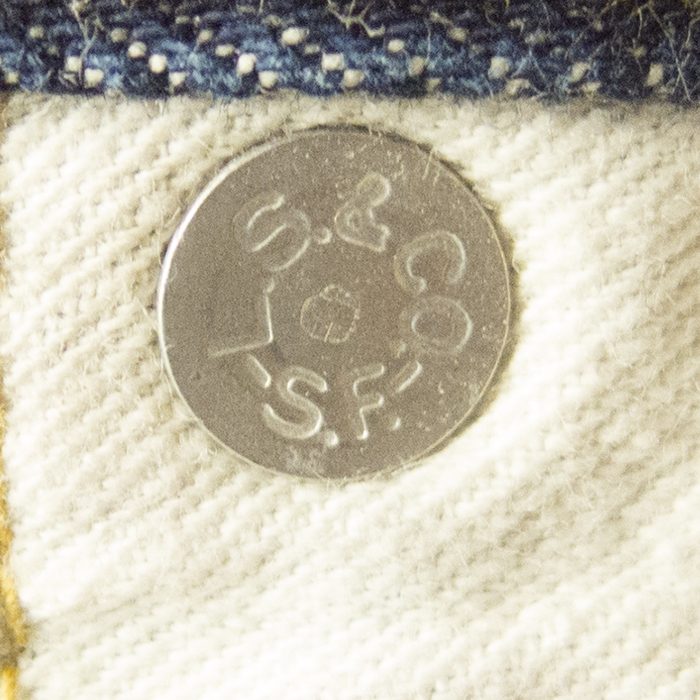 The back of the rivet is made of aluminum. 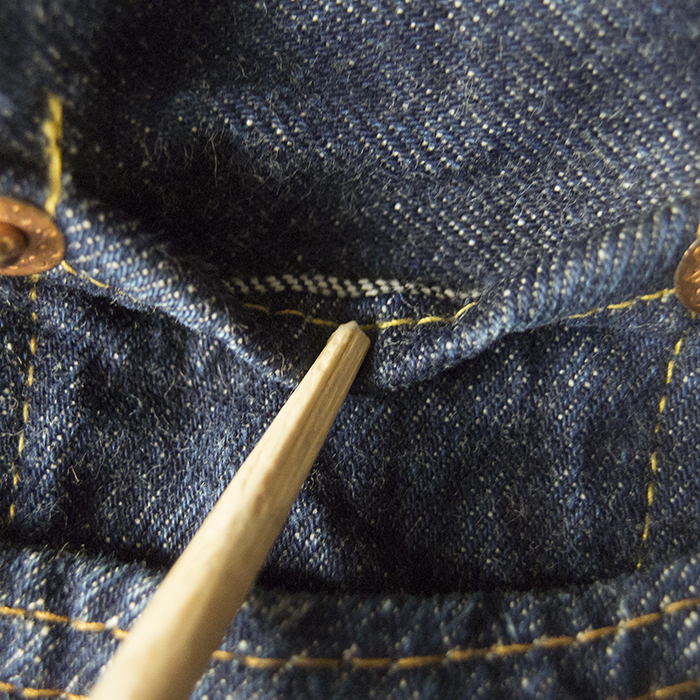 It is usually stitched with chain stitch from BIG E, but it is stitched with single stitch on the 16 mark. Often the selvedge is used, but this one is not. 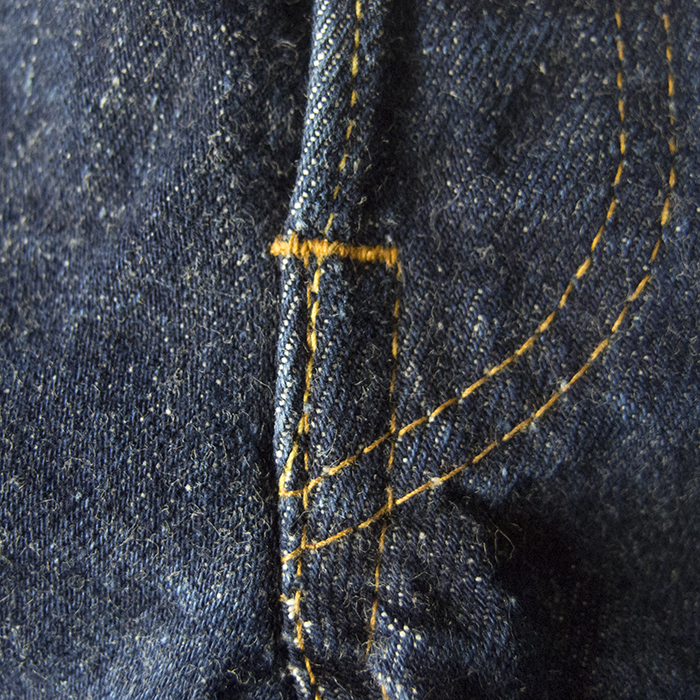 It has a bar tack to match the U-shaped stitching. 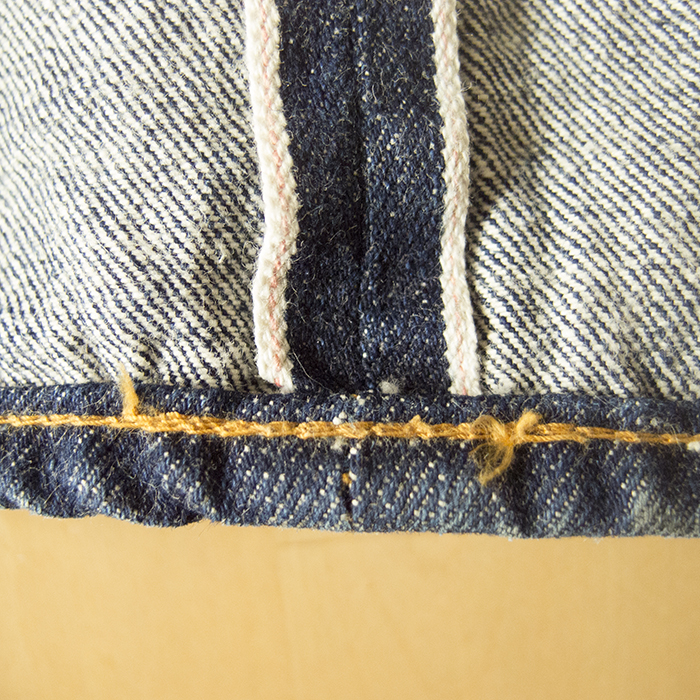 Due to damage to the hem at the time of purchase, the damaged area has been cut and hemmed up and is not original. The red ears have faded to pink. 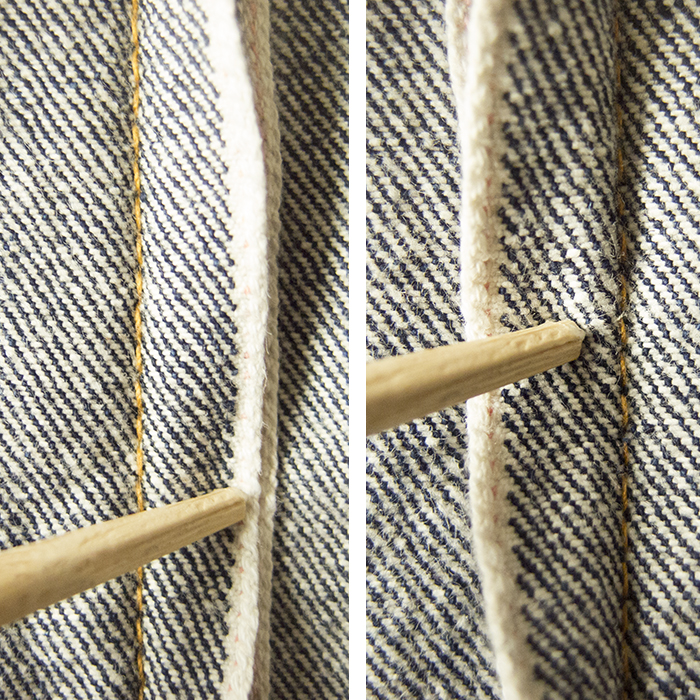 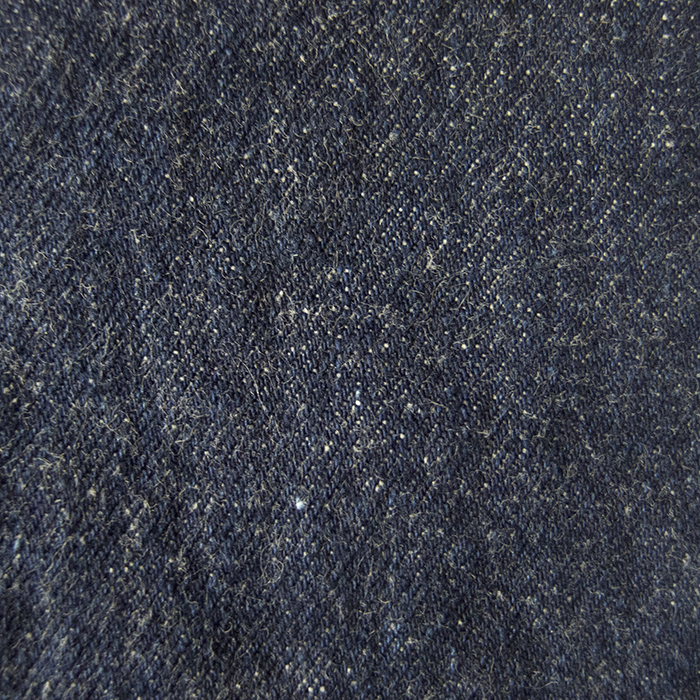 The color is still there, and it's hard to tell if there's a difference from other 66 single models in terms of the vertical fall-off feeling. The color is a bit darker than the lighter, more bluish 66 model.