LEE changed the model number of its previous jeans from 101-J to 200 in the early 1970s. This is the LEE200 after the part number change, which was probably made in 1970s. However, it is difficult to say with certainty because there is little information about the age of LEEs from 1970s to 1980s. The fabric is made of right twill and has been one-washed, giving it a soft texture. It probably represents the changing needs of consumers at the time. 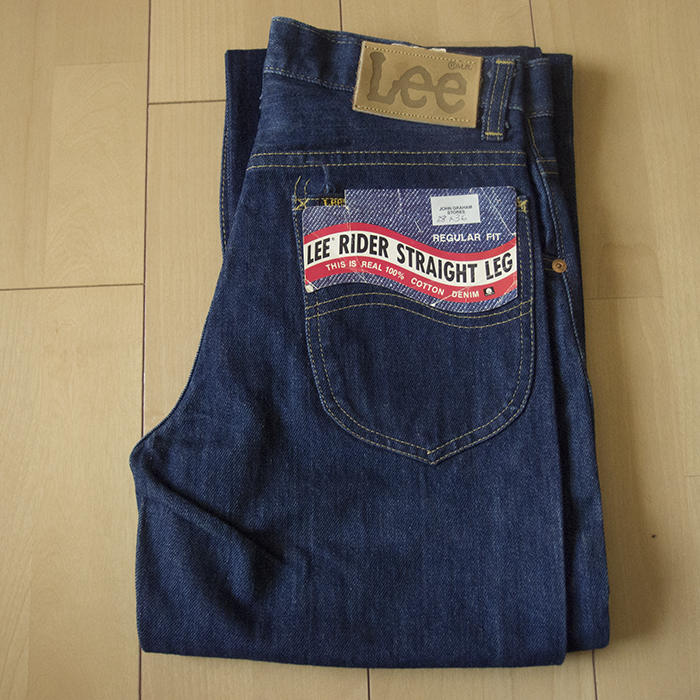 It's hard to tell from the photo, but it's a dead stock, but it's softened by the washing process and already has a slightly worn-in look. 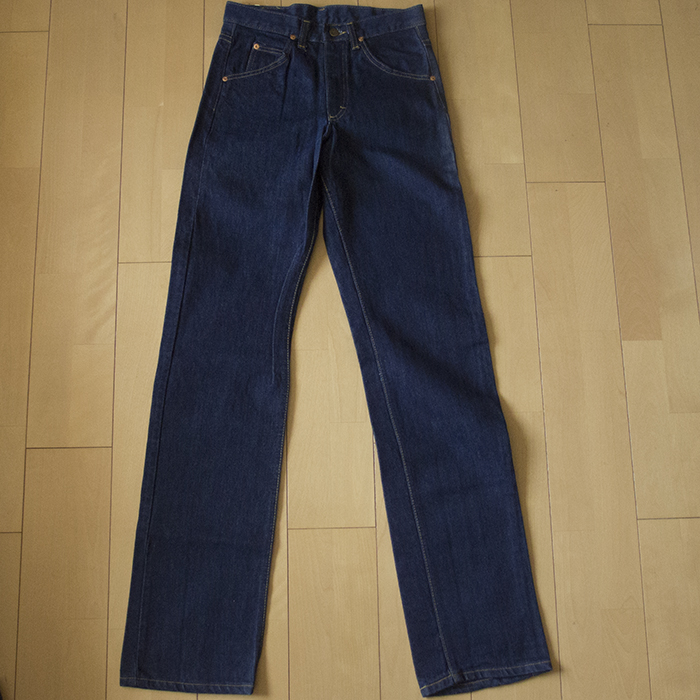 A straight that falls straight. It's not that thick. 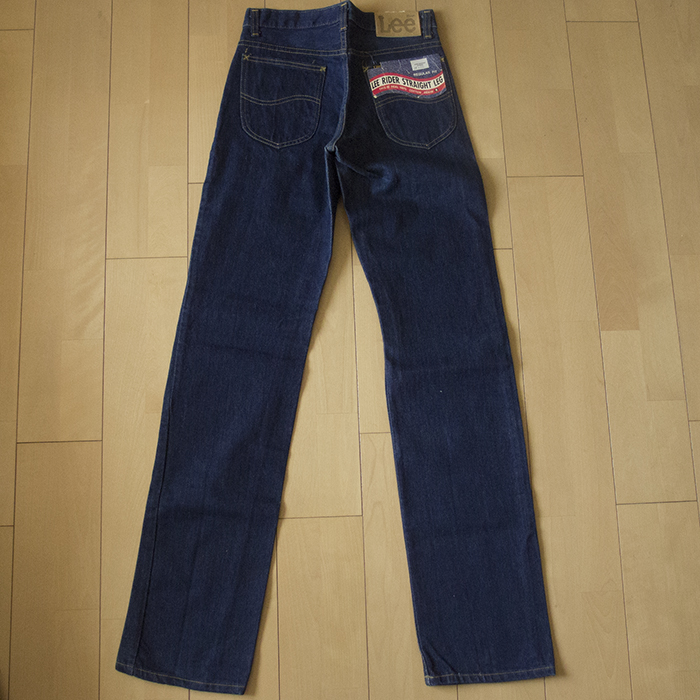 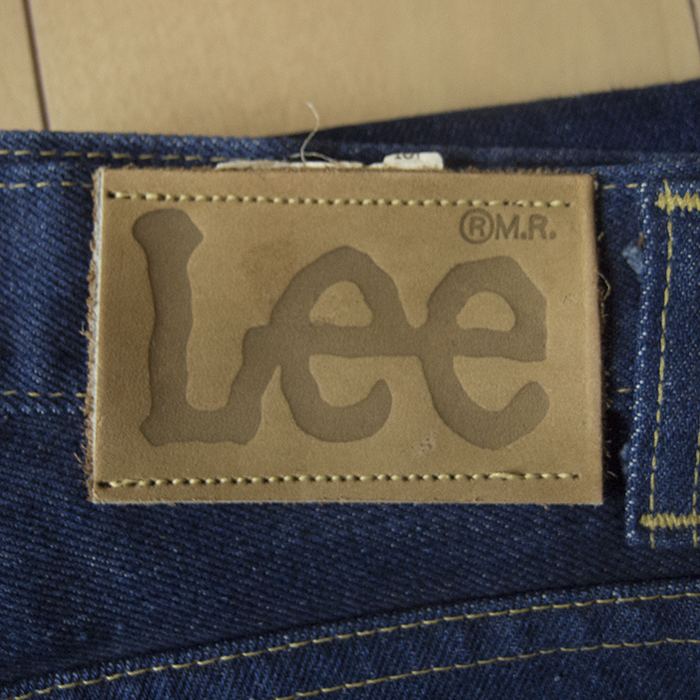 Leather patch that appears to be cowhide. "LEE", "○R" and "M.R." are all printed on it. 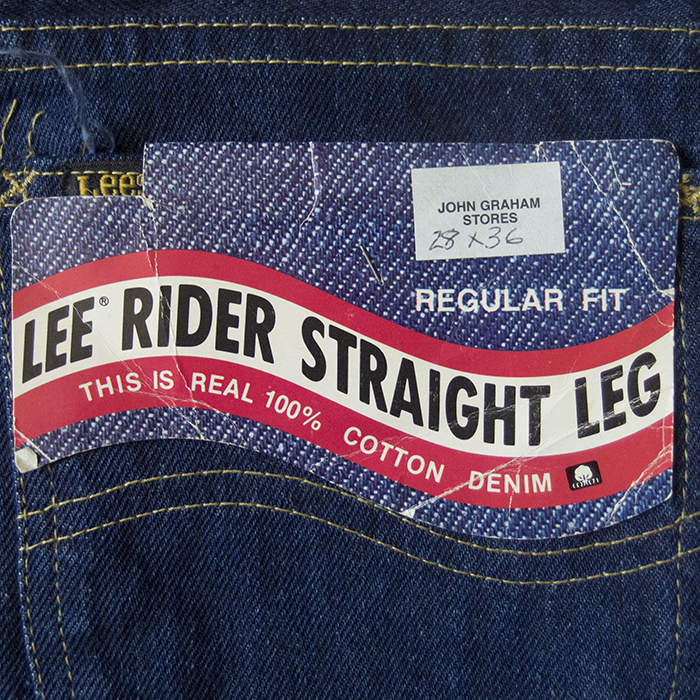 A flasher in the shape of a Lazy S stitch along." It is now "RIDER" instead of "RIDERS". 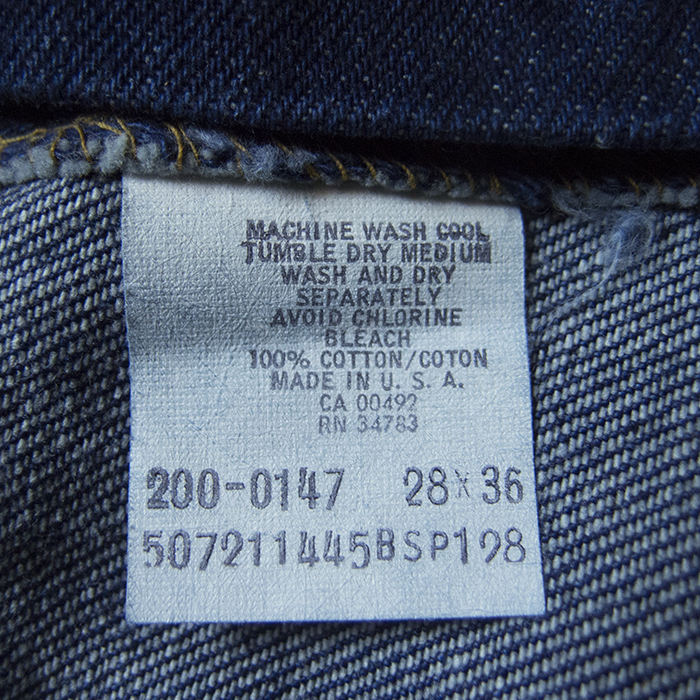 The date of production is unknown, as it is never said how to decipher the date of manufacture like Levi's. There may be a hint in the numbers enumerated. 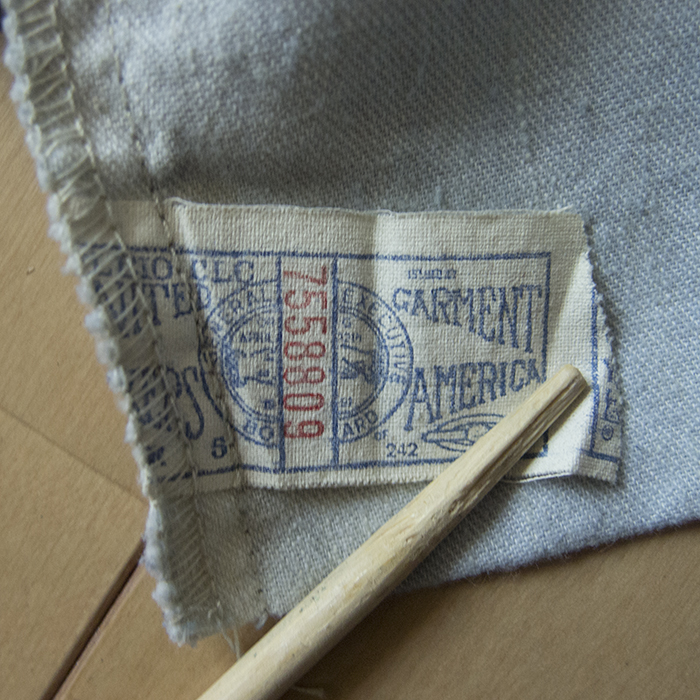 It's attached to a slake. 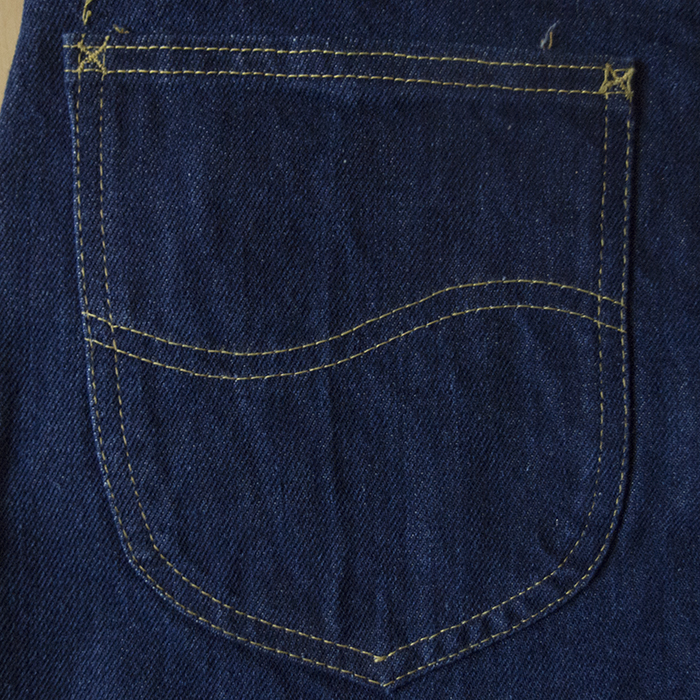 It is stitched in Lazy S. 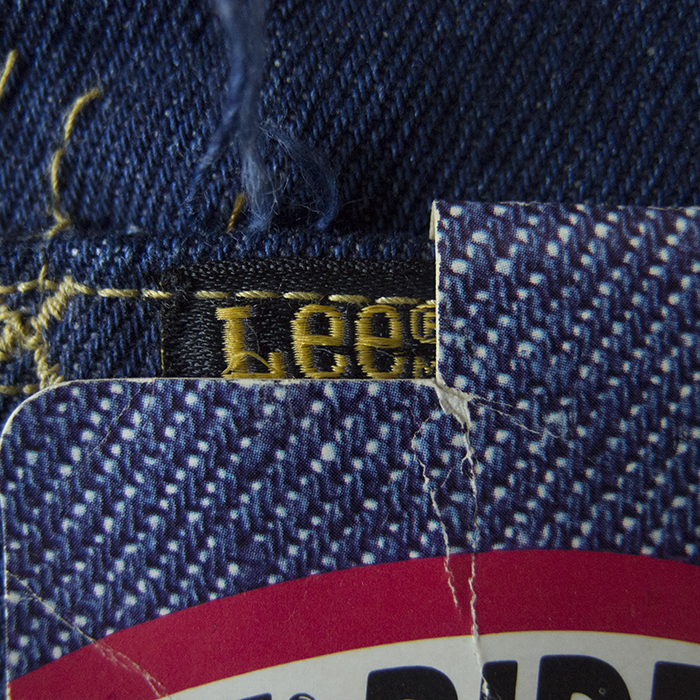 Top button with the familiar design. There is no engraving on the back of the button like Levi's. Unlike the old fashioned days, the "Lee RIDERS" engraving has been installed so that it is visible on the front. 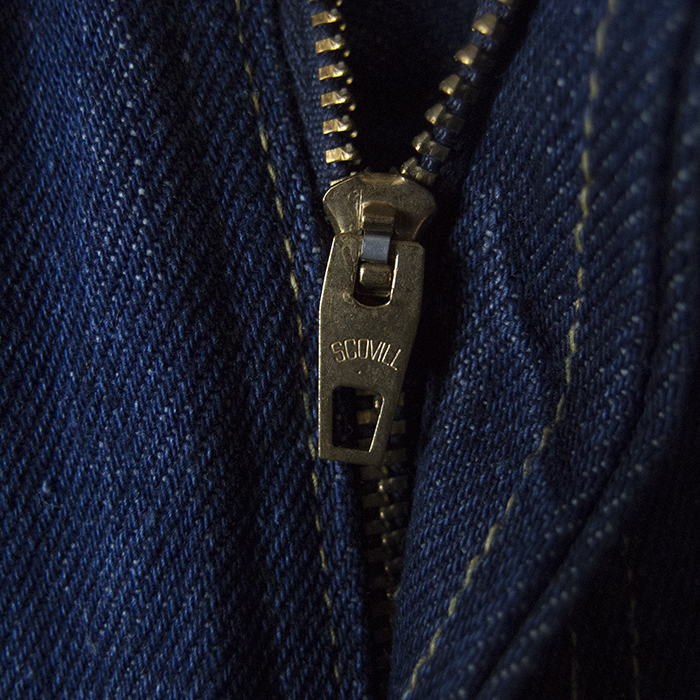 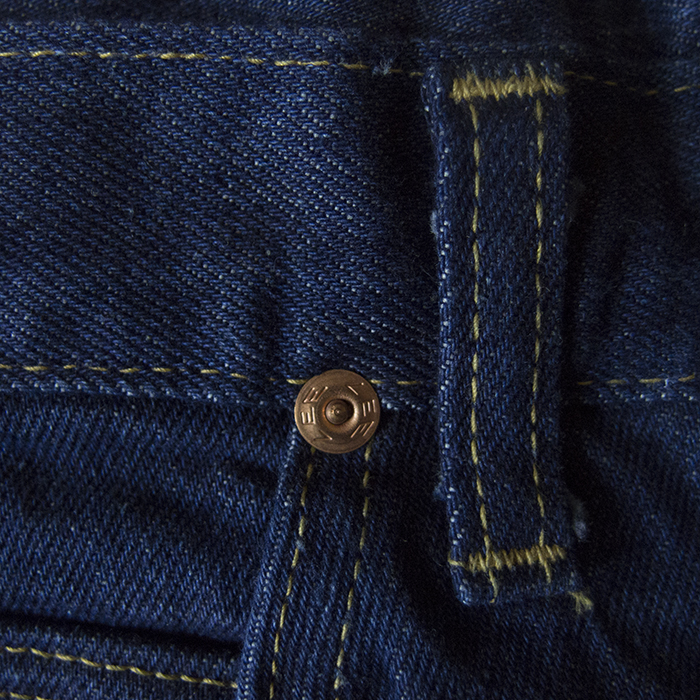 Flat rivets with "LEE" engraved on them. The magnet is attached, so it may be made of copper-plated iron. The same goes for the back of the rivet. 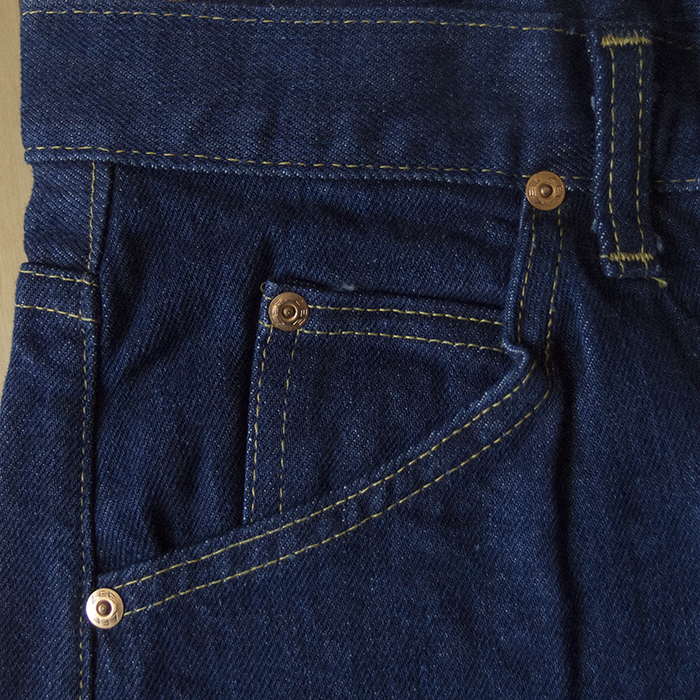 Only one point on the top is riveted. 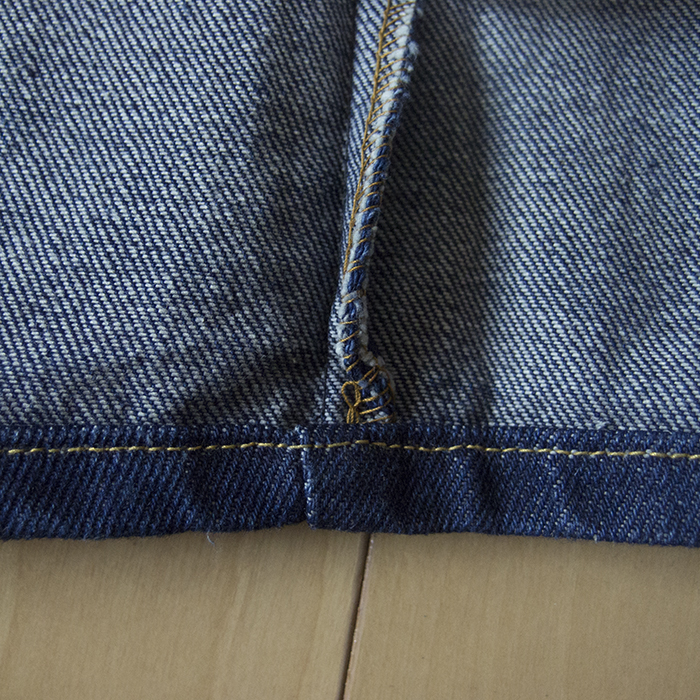 The stitching is shoddy and twisted and sewn here. Single stitching at the hem. 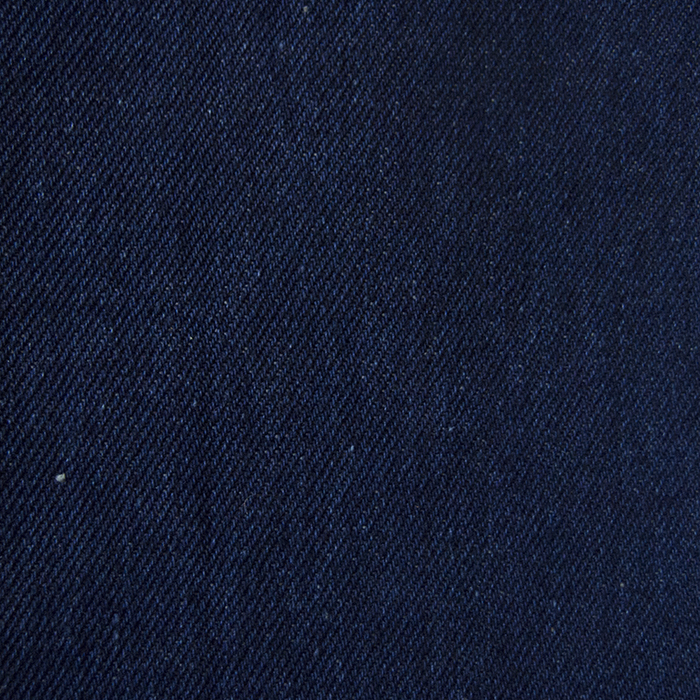 Right twill fabric. Slightly dry and bluish. It has already been washed, but you can feel the softness of the fabric more strongly than the current one-wash. There is little fluff.