This is a pair of Lee's cowboy pants before the Riders transition, and the model number can be seen as 101B. This so-called Great War model was manufactured during the WWII period, with black lacquered laurel buttons on the top button and no rivets on the coin pocket. Also, like the Levi's World War II model, this model is characterized by a blackish color, which is rather stronger than the Levi's WWII model in terms of blackness. 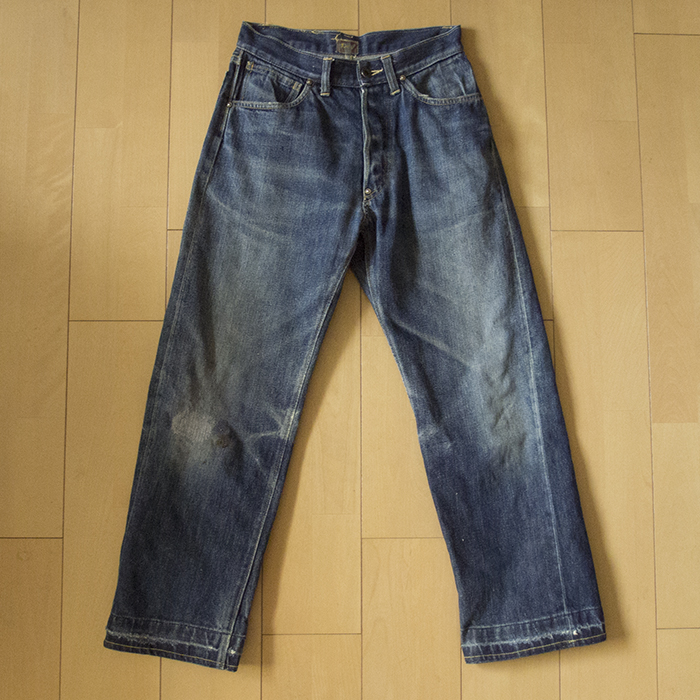 It's fairly thick and straight, tapered slightly towards the hem, but gently. However, because it has been hemmed up, it may have changed slightly from the original silhouette. 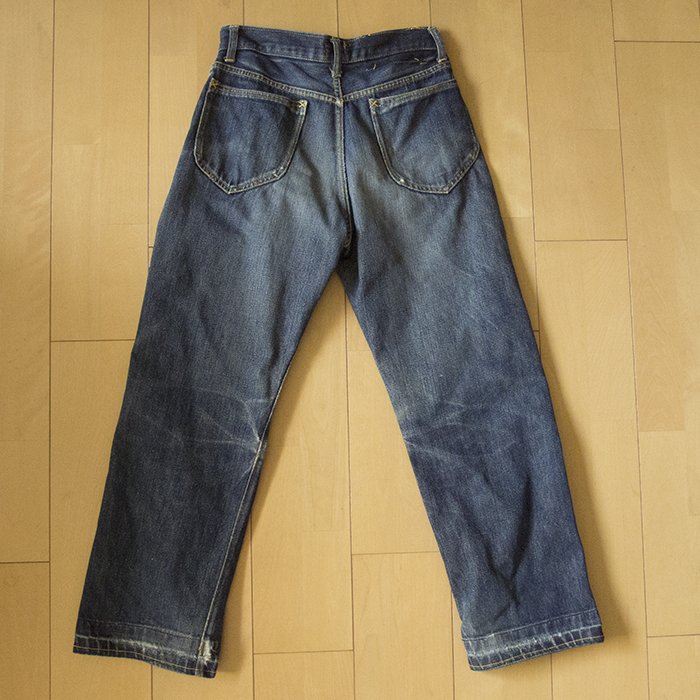 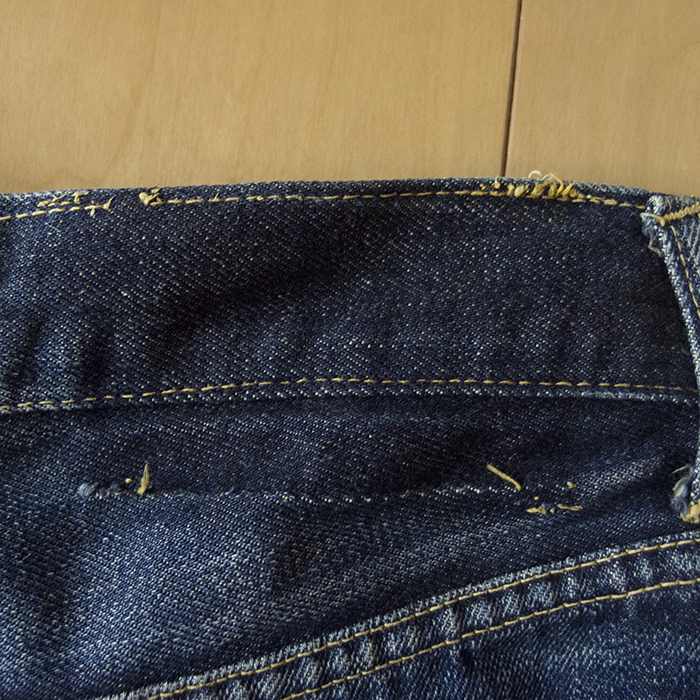 Unfortunately, the leather patch is missing. The color is dark in the areas where the patch was present. 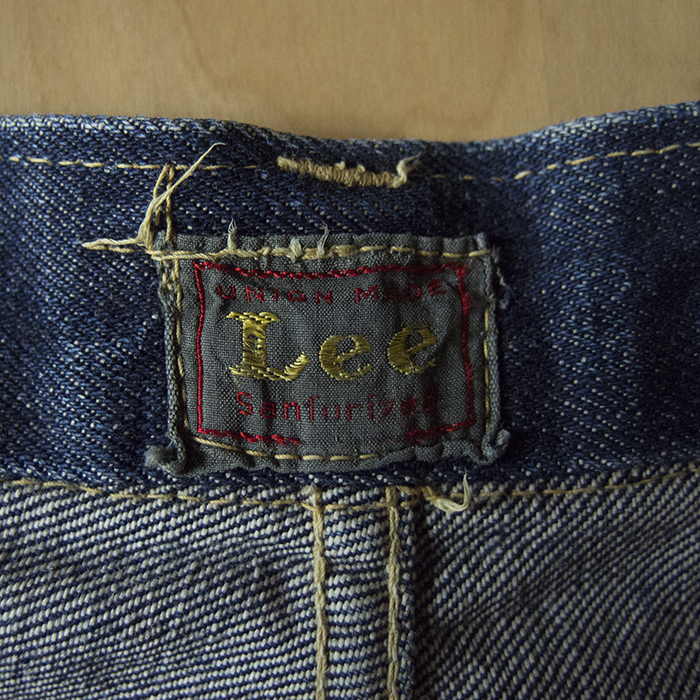 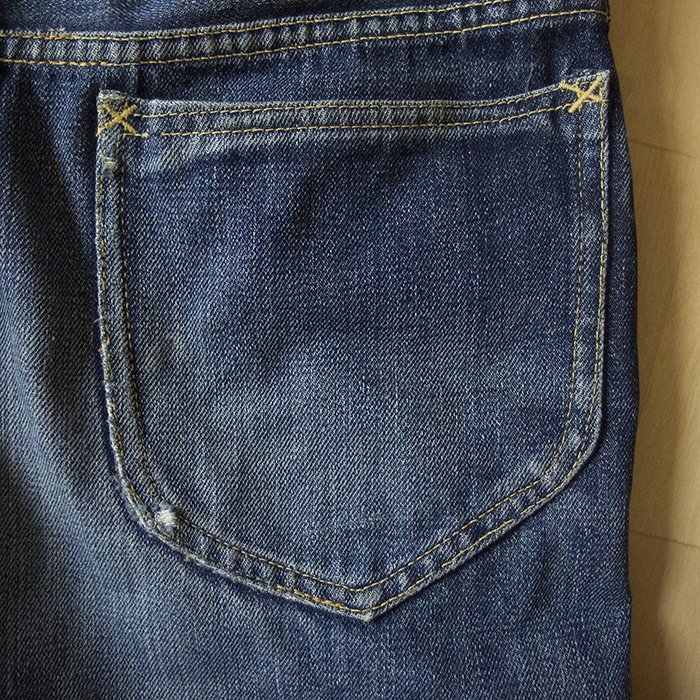 Compared to the later Riders models, the back pocket is larger on the side, and some of the LEE's Great War models have stitching in the back pocket, but not in this one.

Laurel button. The black lacquer is still there, although it is peeling in places. Made of iron with a magnetic reaction.

There are four buttons, including the top button.

Unmarked donut button. You can tell it's made of iron because of the reaction of the magnet.

The back of the top button is flat. 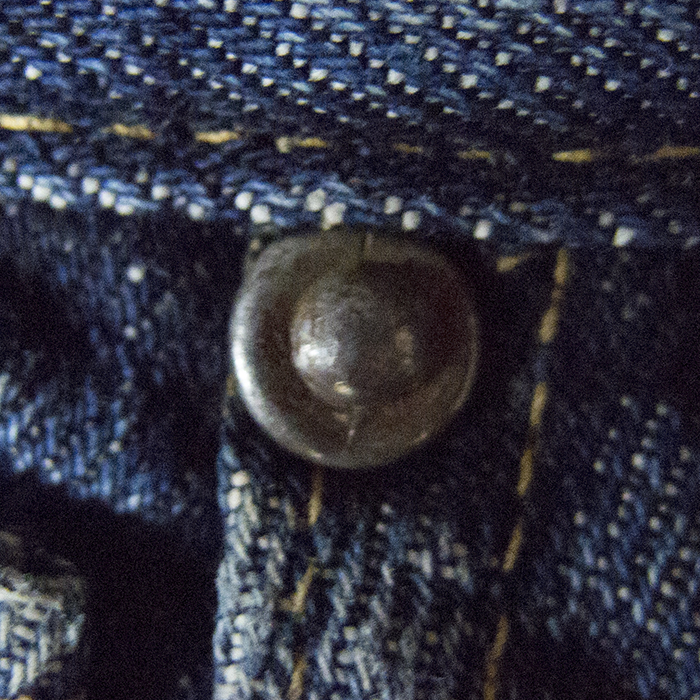 A UFO rivet used during the Great War. Made of iron with a magnetic reaction. 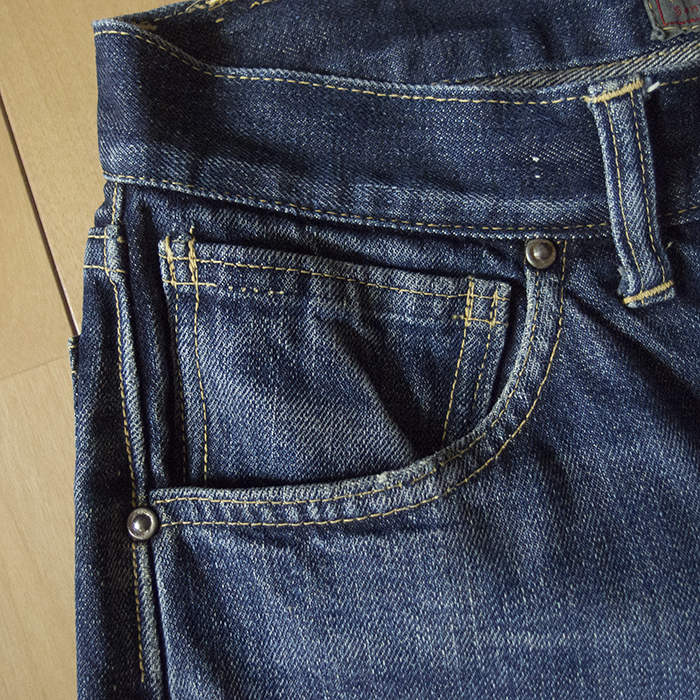 The coin pocket, like the Levi's Great War model, is not riveted. 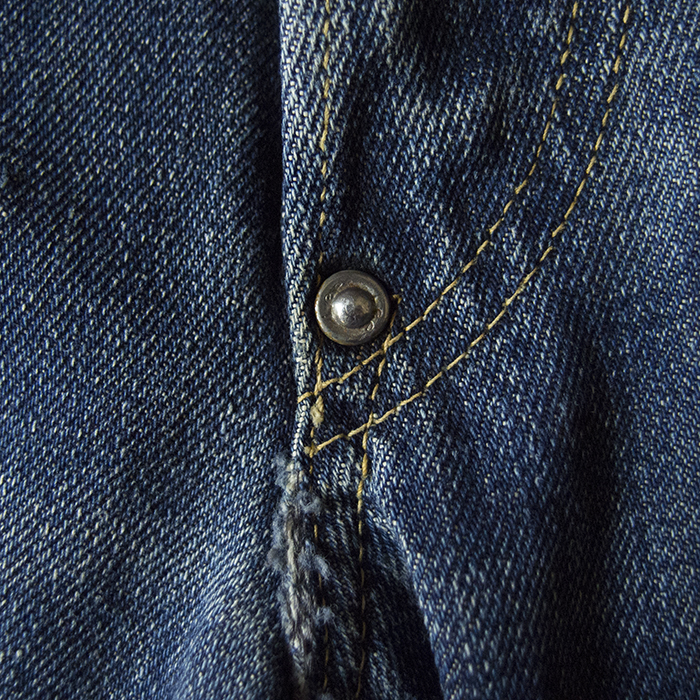 The crotch rivets have been hammered in. UFO rivets here too. 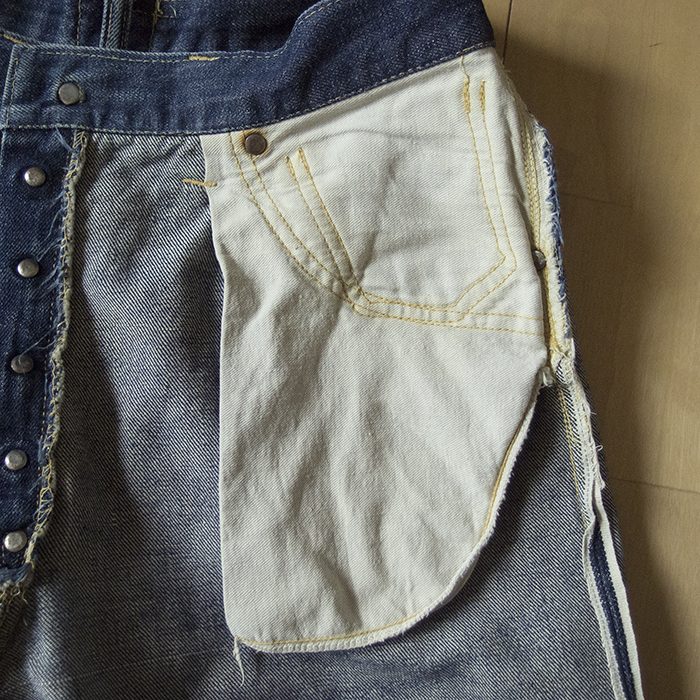 The slake is made of ordinary white fabric. 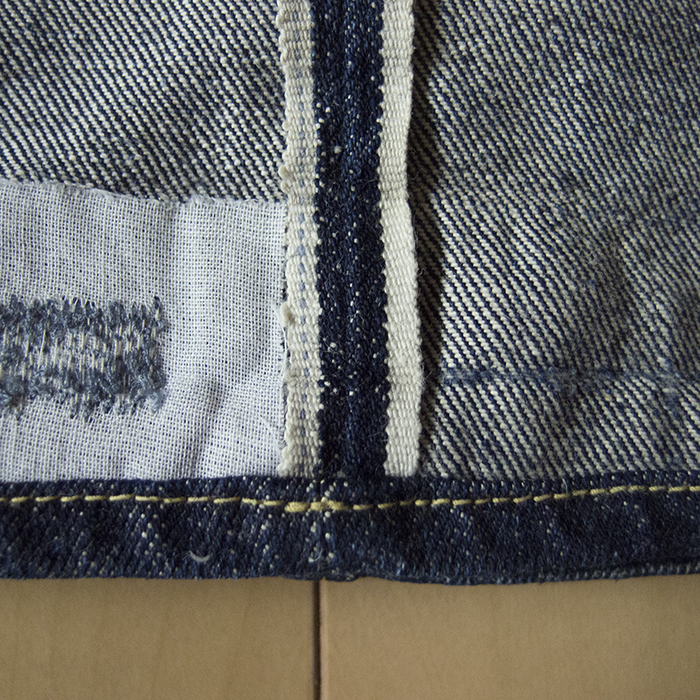 Both feet have blue ears on one side and white ears on the other. The hem has been hemmed up with a single stitch. 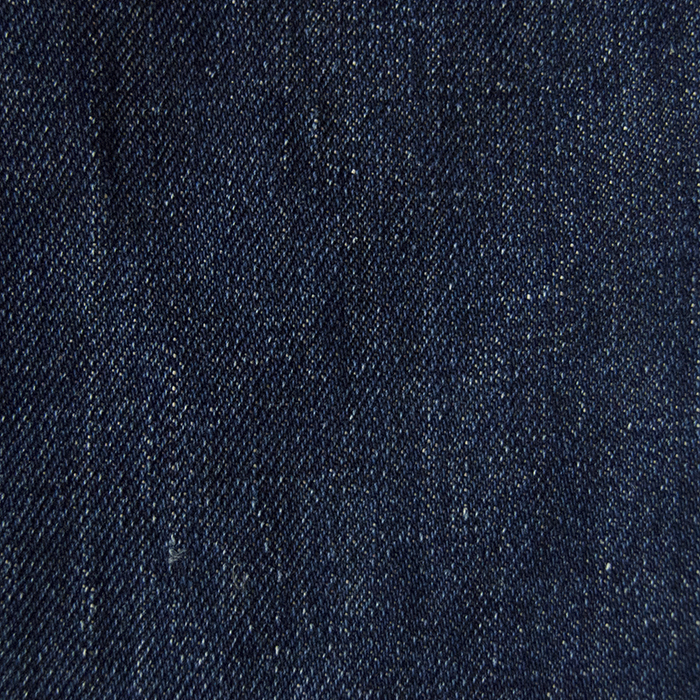 The part near the hem that has the most color remaining. The point drop is more noticeable than the vertical drop. The color is very much like the WWII model, with deep black sinking into the blue tones. 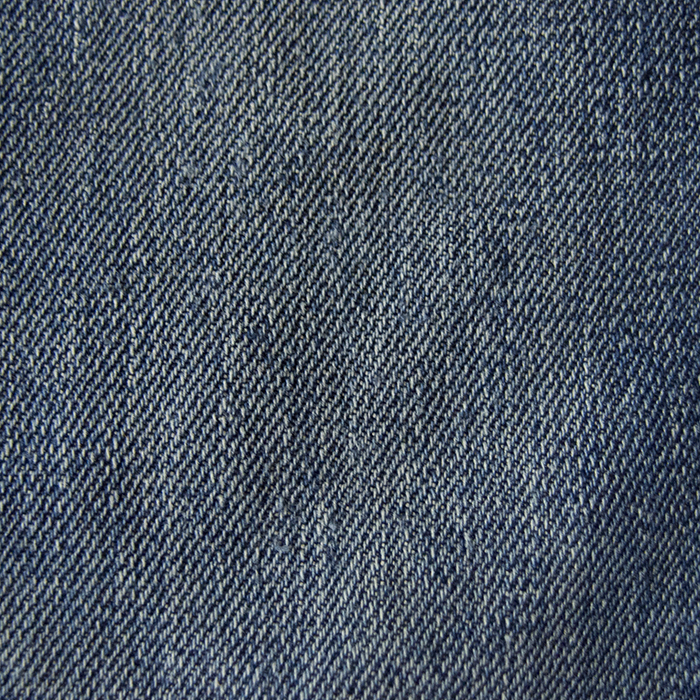 Here's a picture of the knee area where the color is fading the most Naturally, as the color fades, the vertical fall becomes more noticeable. The strange thing about the denim from the WWII era is that it still retains its blackness even after the color has faded.