After the promotion of the world unified standard of Levi's, the nickname of "Long Day" was attached to the 501 which was developed as a vintage-like product using the selvage fabric made by Cone Mills. In addition to the use of selvedge fabric, there are also vintage-inspired specifications throughout. They are manufactured in their own factory in Mexico. 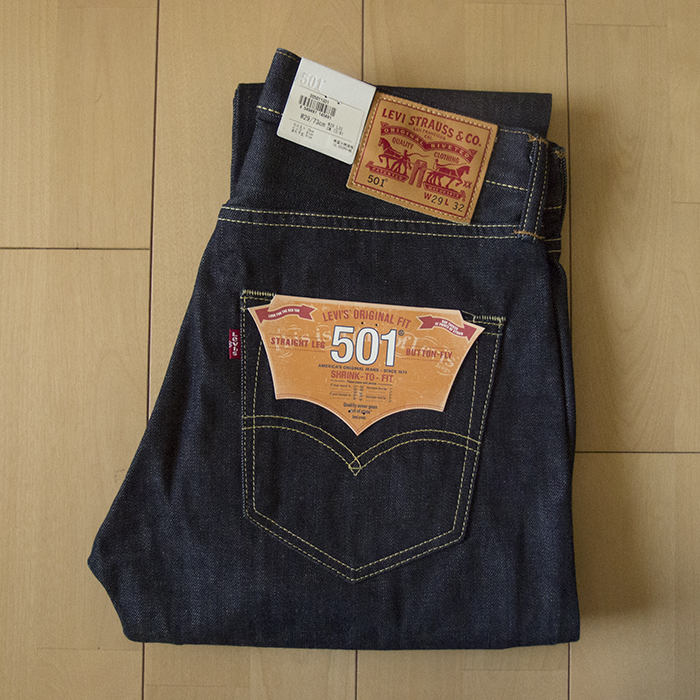 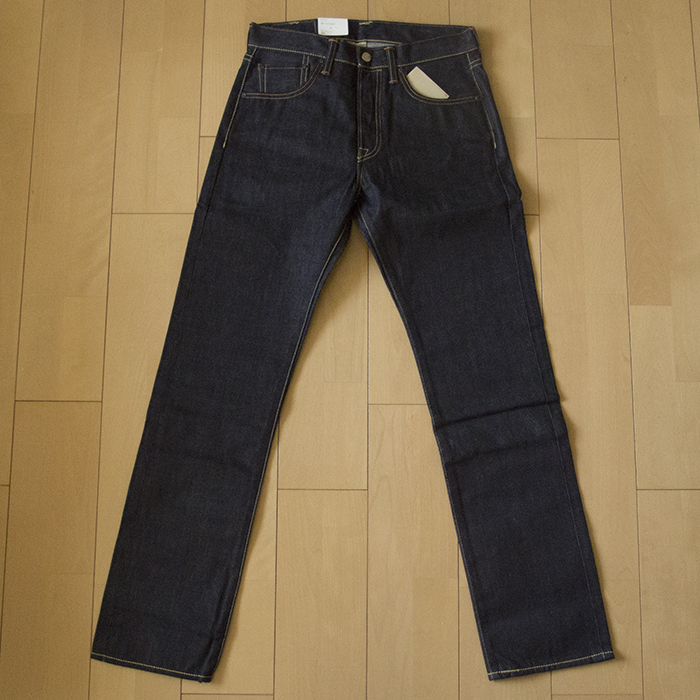 Slightly slender and straight. The silhouette isn't much different from what it has been. 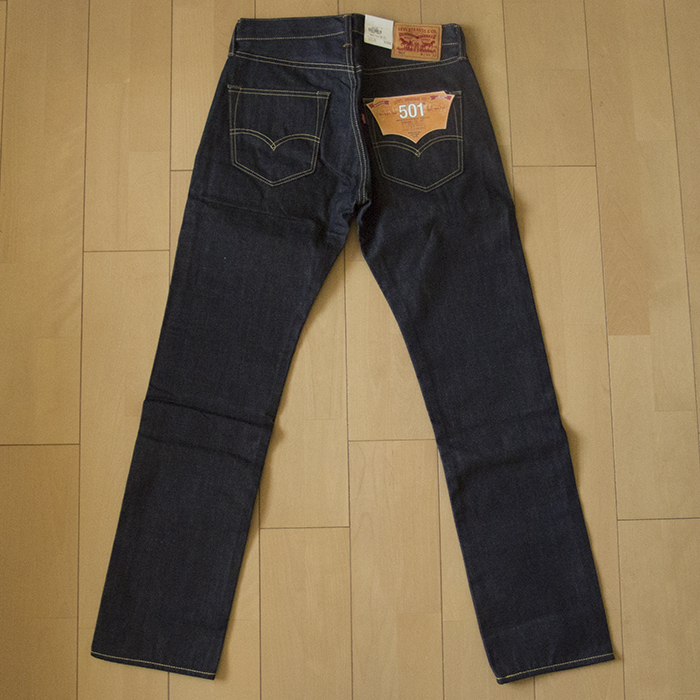 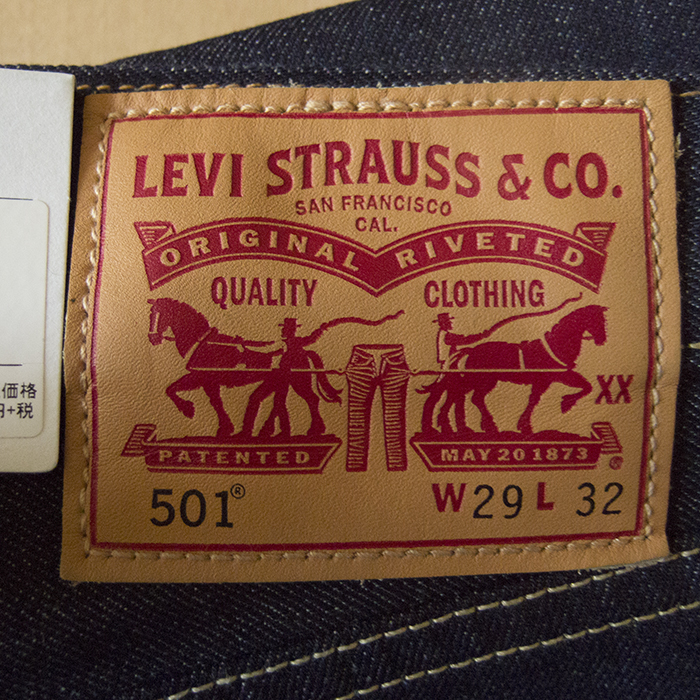 The patch has been changed to a cowhide patch. Compared to the paper patch, the design of the two-horse mark has been simplified, and various text notations have been removed. 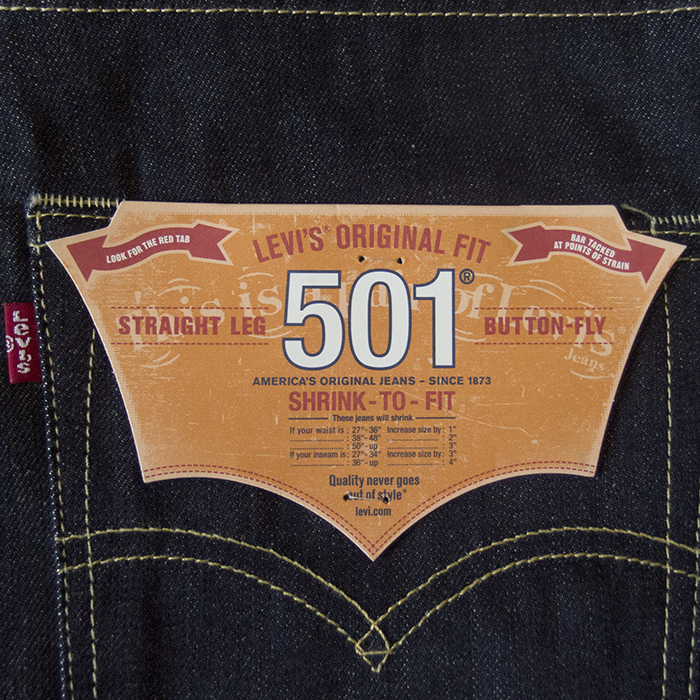 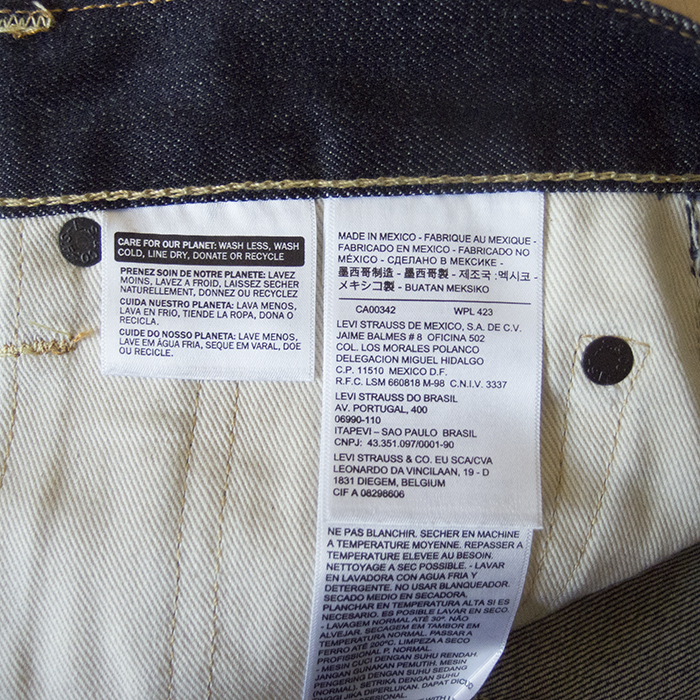 It is tagged with a laundry tag as well as a variety of other tags. The country of production is Mexico. It is written in each country's language, indicating the introduction of a unified global standard. 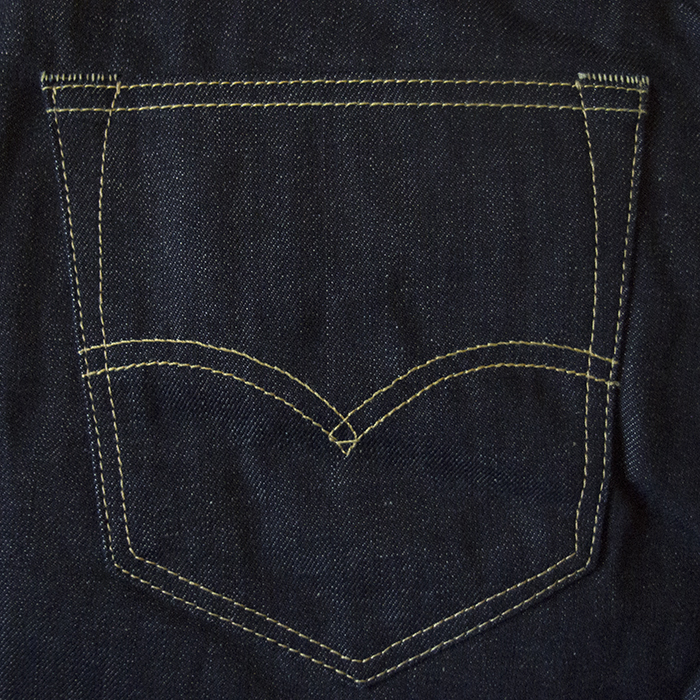 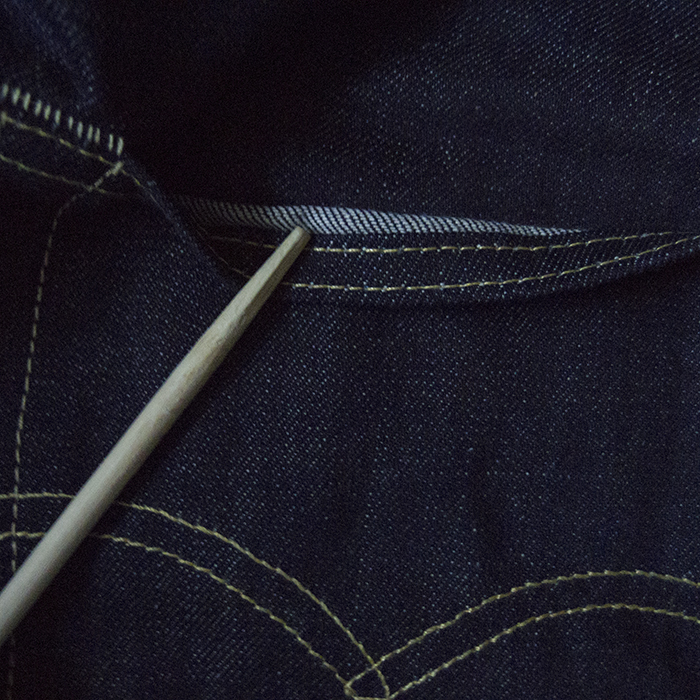 It features a vintage-like single stitching that shows a surprising amount of attention to detail. 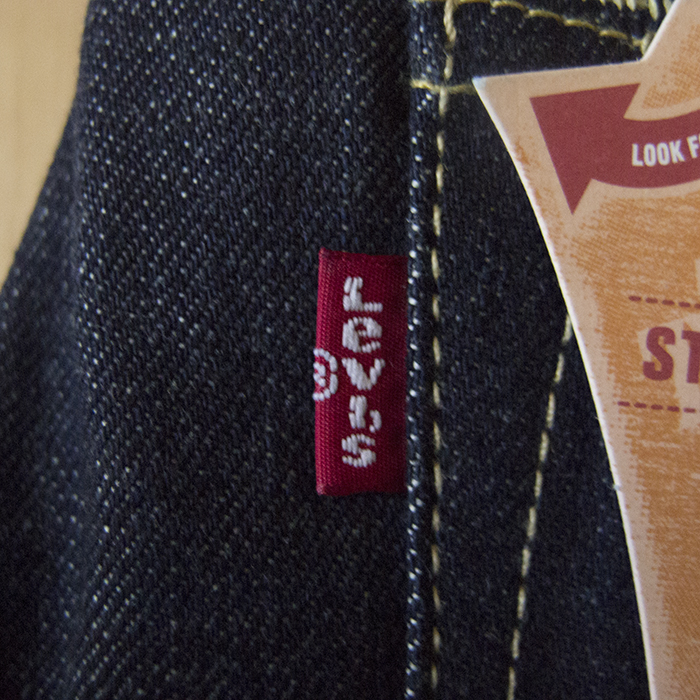 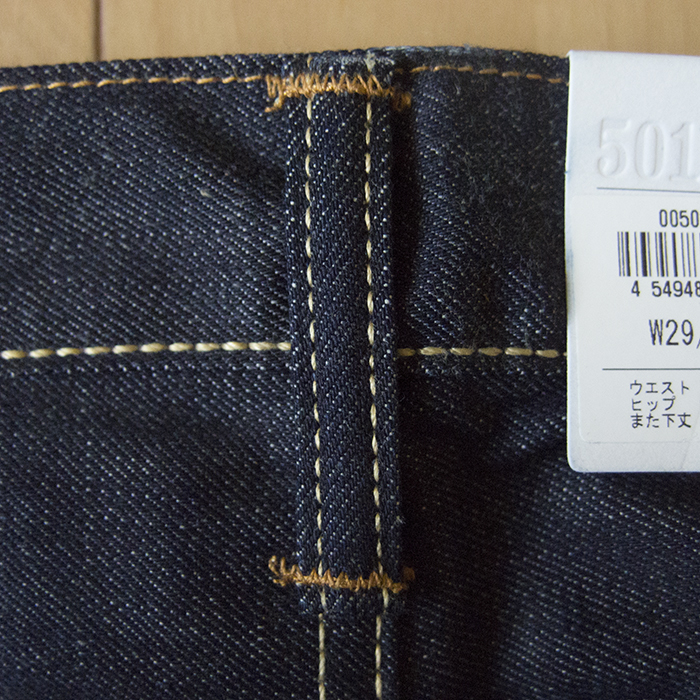 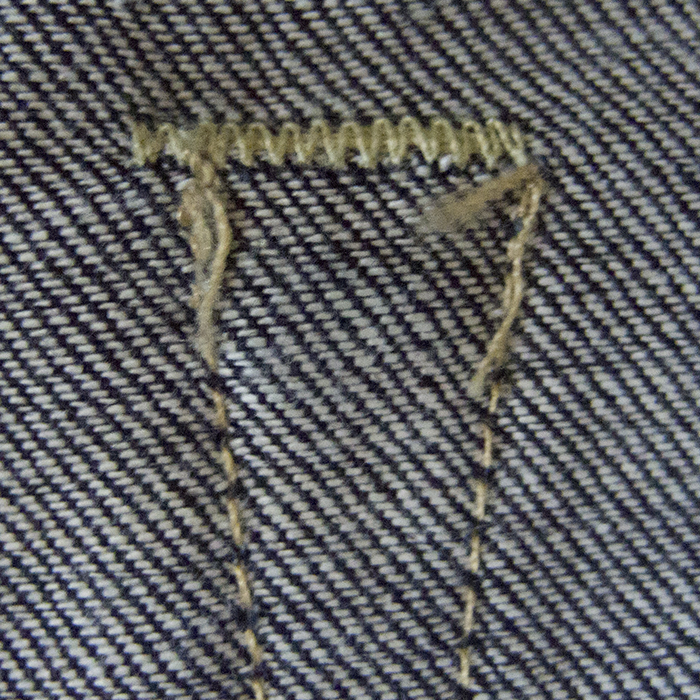 Plated iron buttons. The top button has V-stitching, which is also a vintage touch.

A button with few pots and pots is used.

"4093" engraved. Single stitching on the waistbelt gives it a vintage-like look. 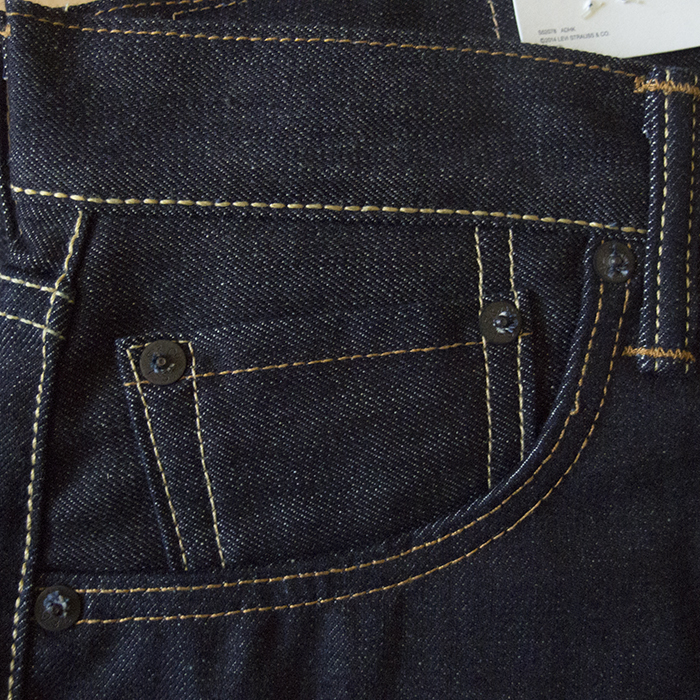 The rivets are a near-black color that has not been seen on previous 501s, which gives the impression of being quite sharp. 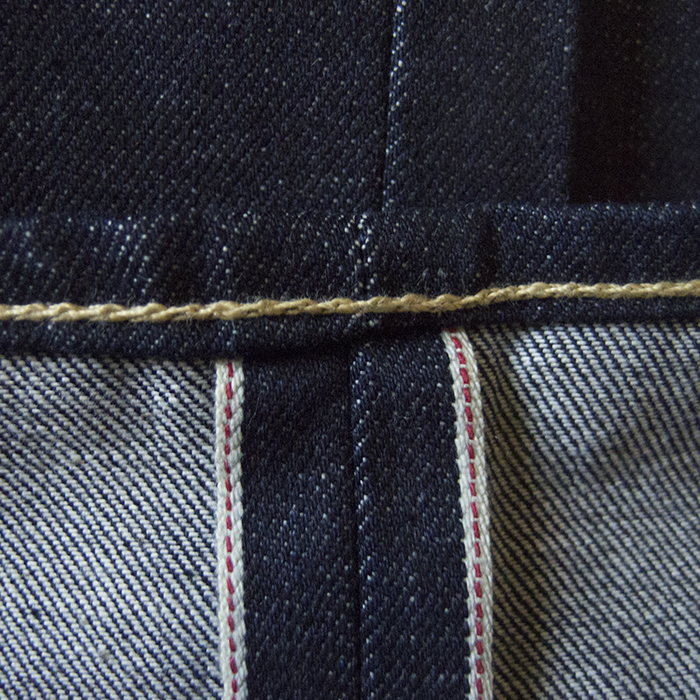 Selvedge fabric is used and the width of the side split is large. Yellow chain stitching at the hem. 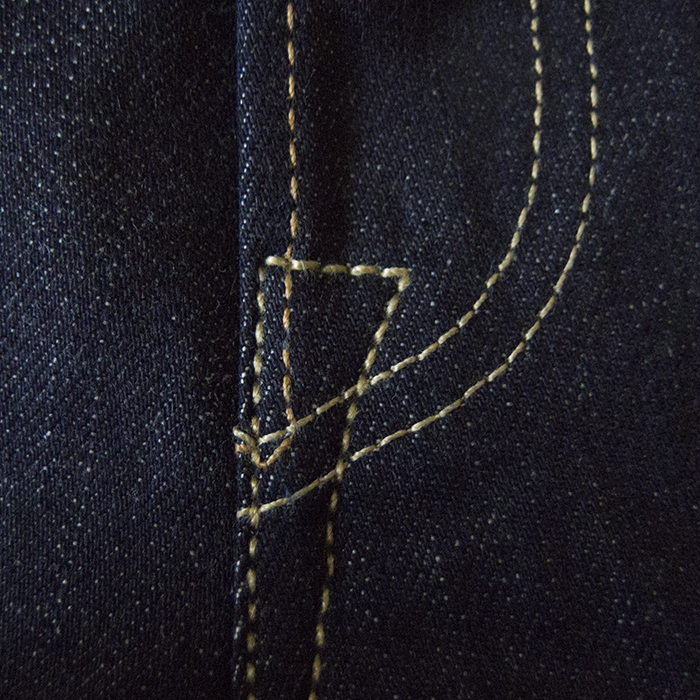 This is also the same as the 501XX, but it's not reinforced by bar tack. 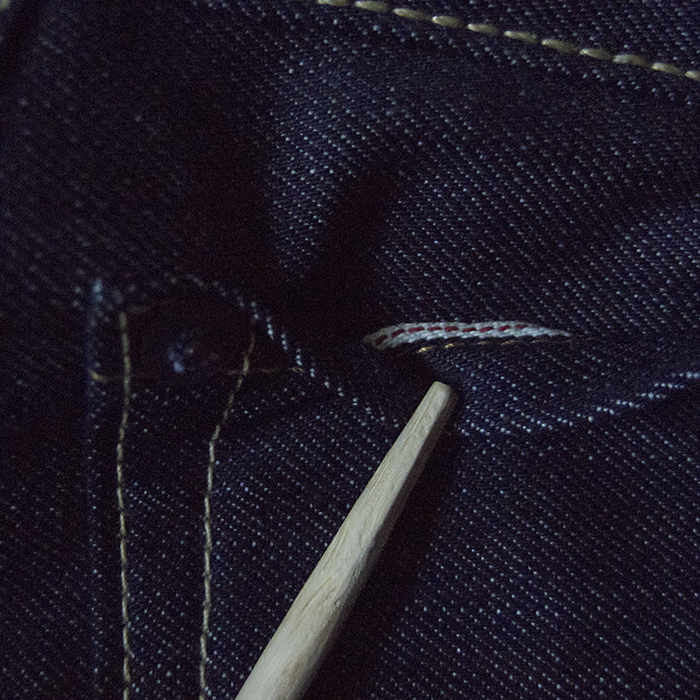 The selvedge part is used. 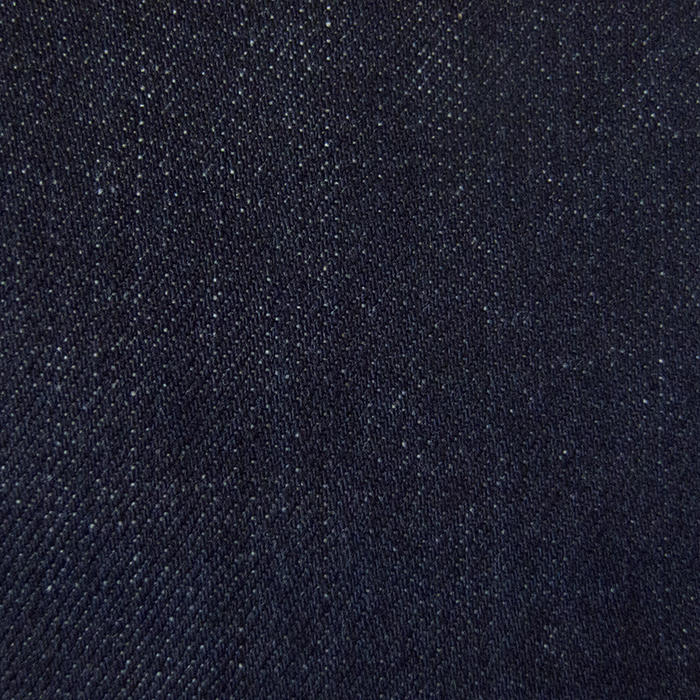 Some warp threads that seem to be falling down are noticeable in places. It's a color that looks like a subdued replica of a common Japanese fabric.