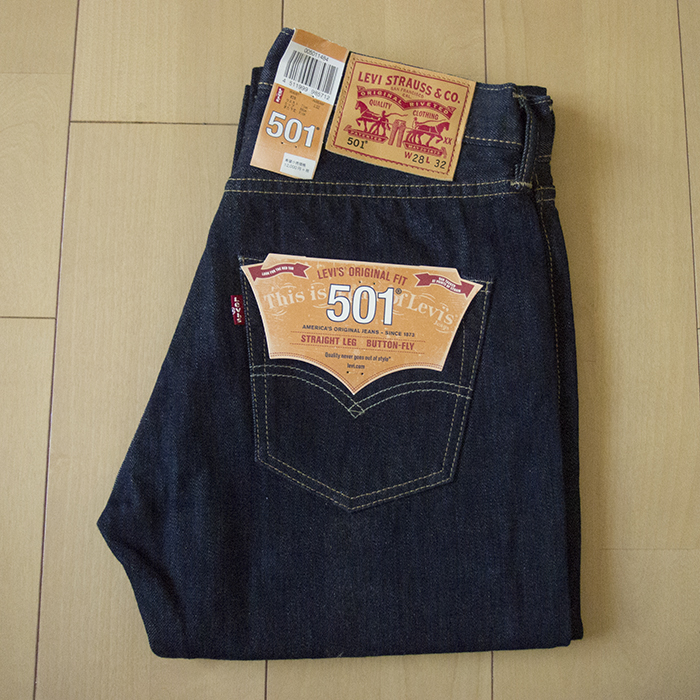 Until the 2008 model year, it came with a booklet and other accessories, but the 2013 model only comes with a flasher and a tag. 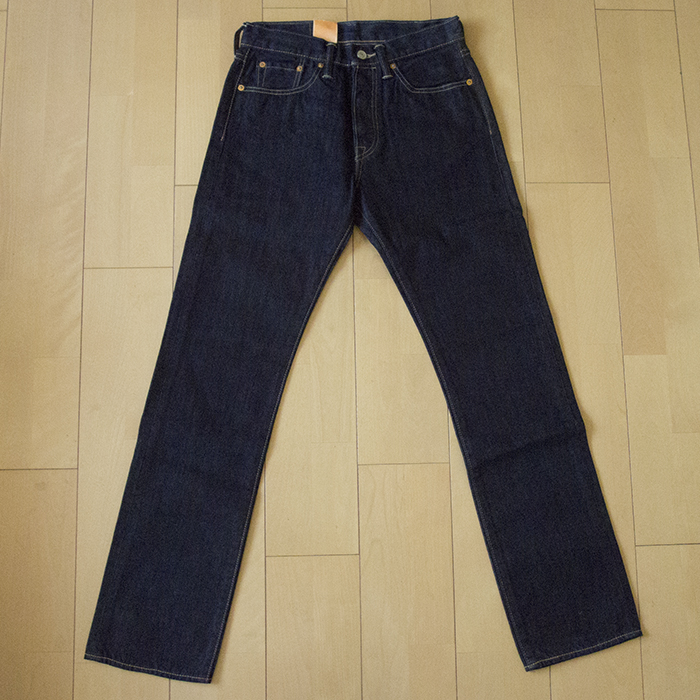 It is true that the silhouette feels slightly slender. It appears to fall straight down from the knees. 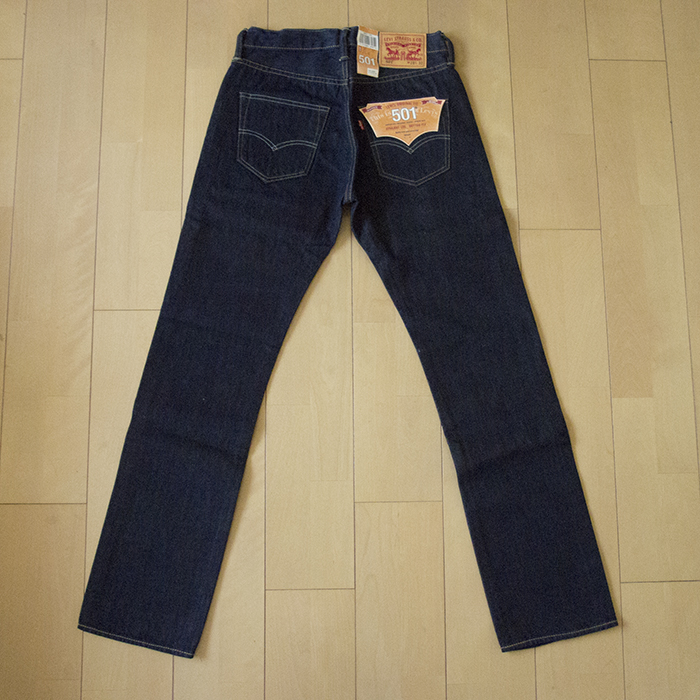 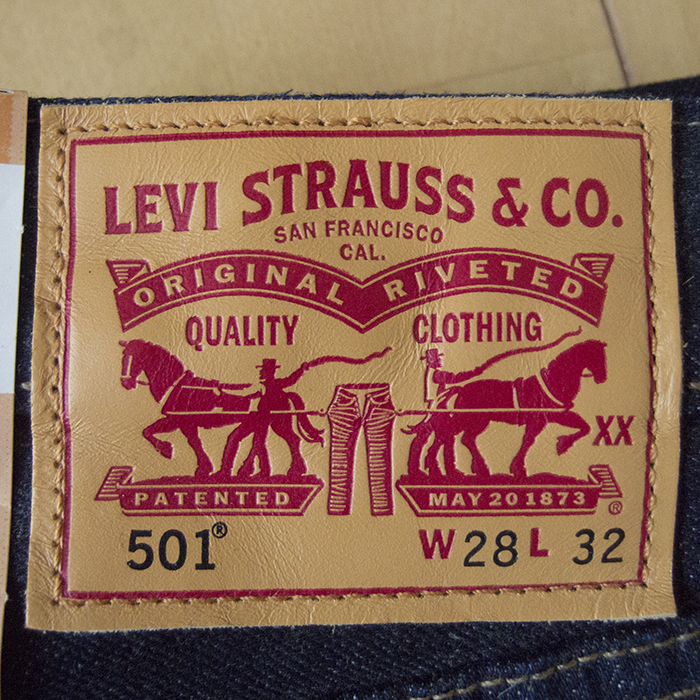 It was previously a paper patch, but it has been changed to a leather patch. In addition, the design of the two-horse mark has been simplified. 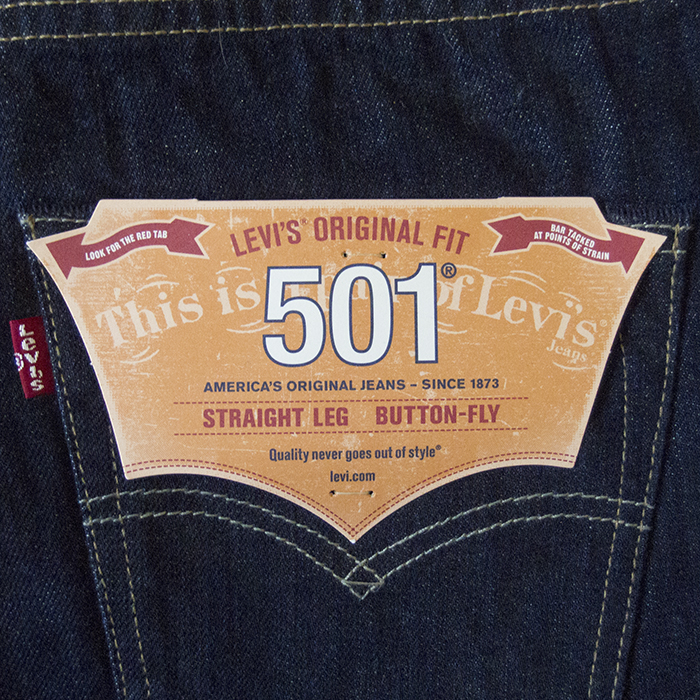 The flasher also has less information listed and is simpler. 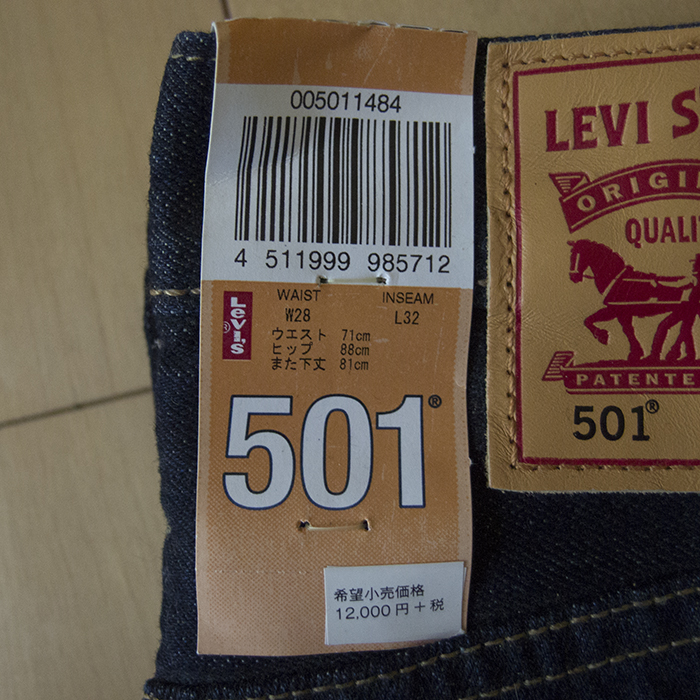 Lot number, size, etc. are written on it. 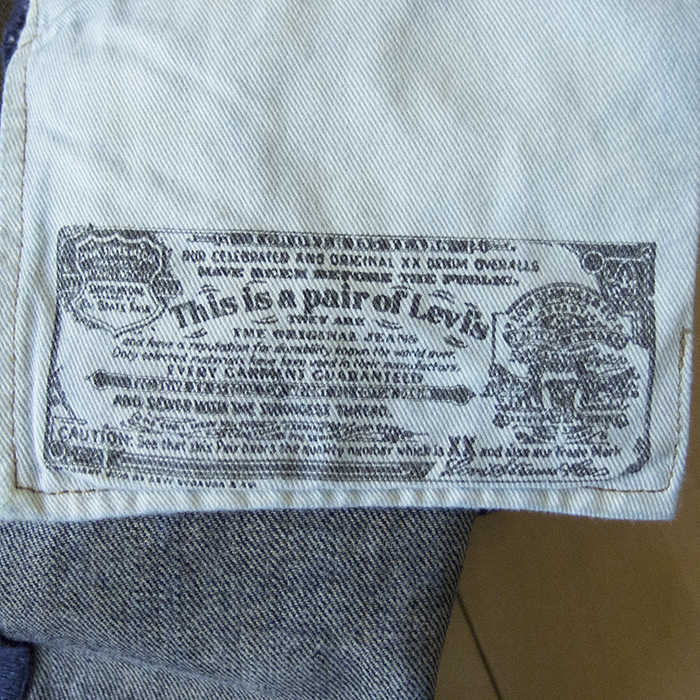 As with the 2008 model, the guarantee ticket is printed on the slake. It's hard to read it clearly, but it's probably listed as "FOR OVER 135 YEARS". 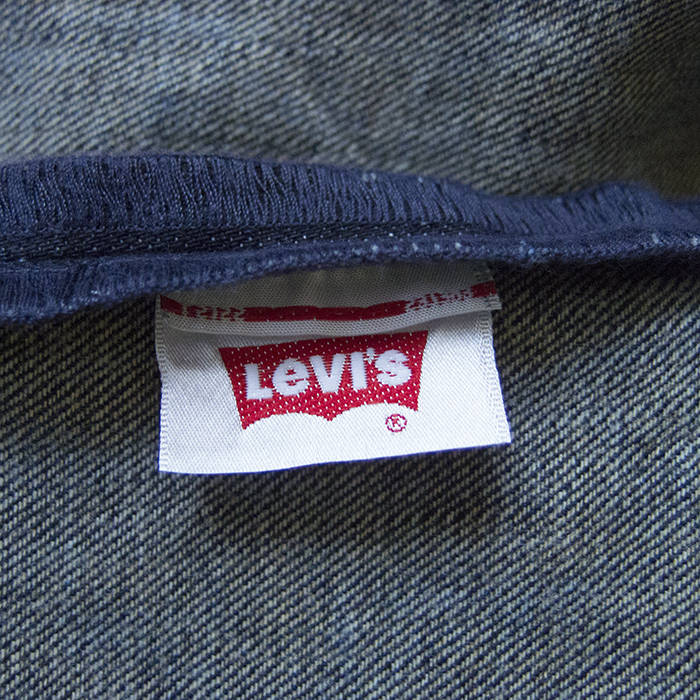 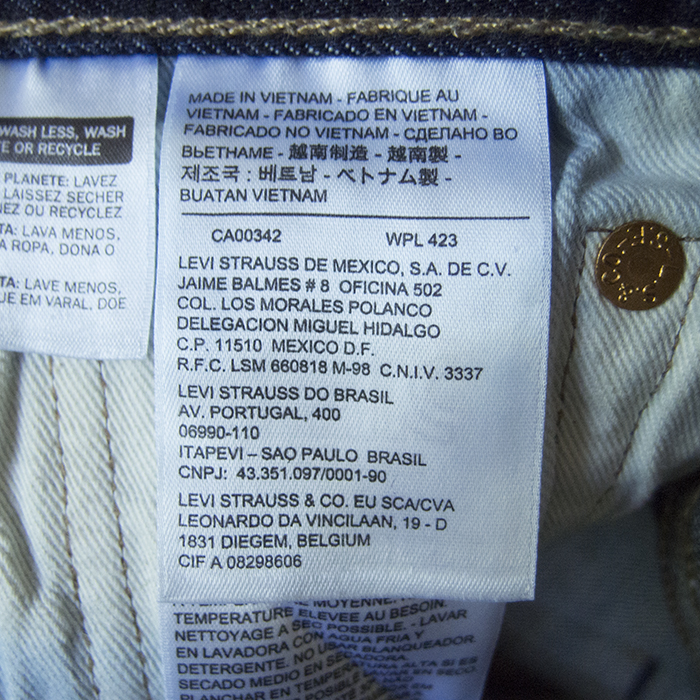 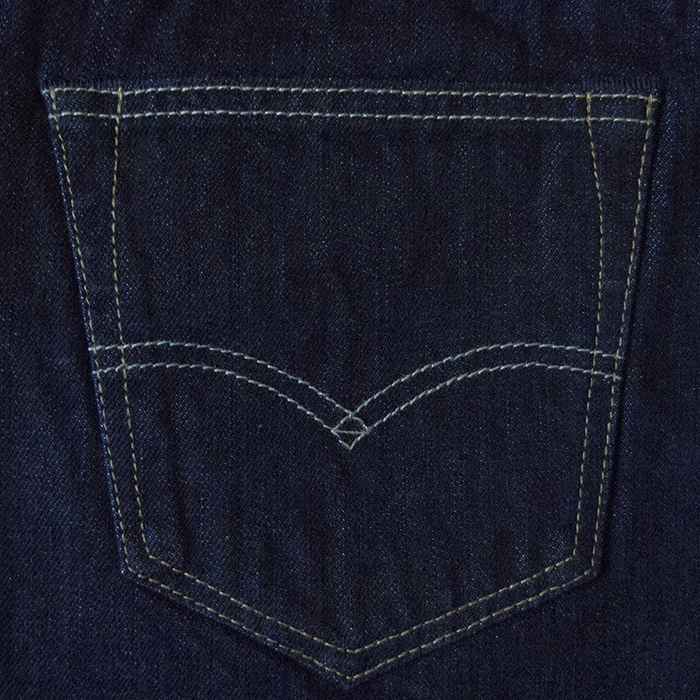 Almost square back pocket. The arcuate stitching is quite shallow compared to the 2008 model. 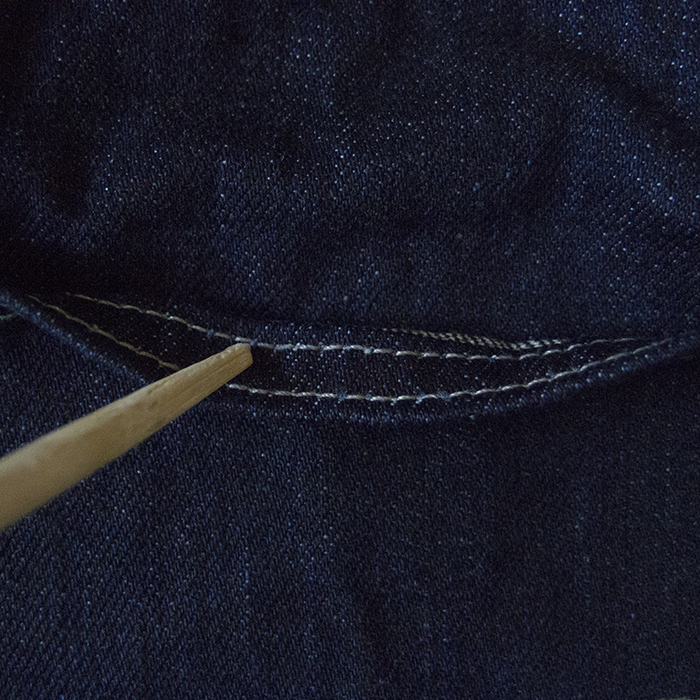 Previously, it was a chain stitch, but now it is a single stitch, even though it is a regular product that is not a reprint, as if it is conscious of vintage. 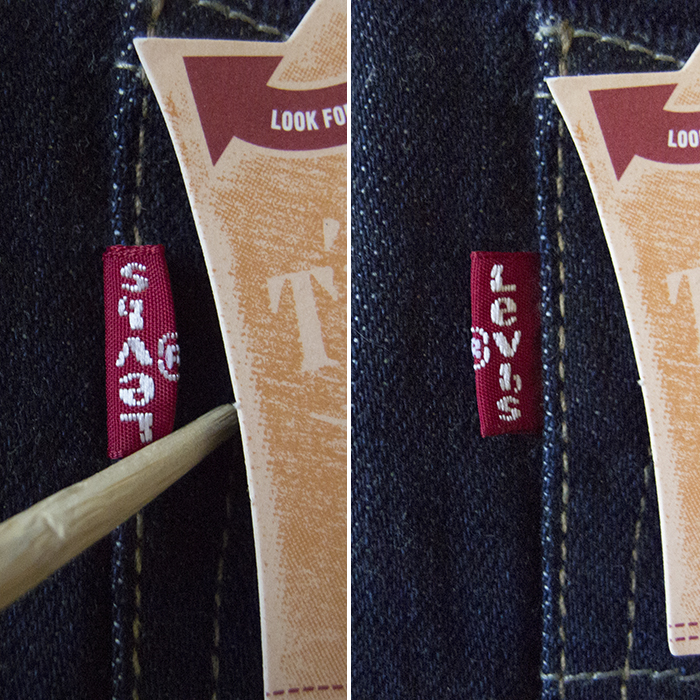 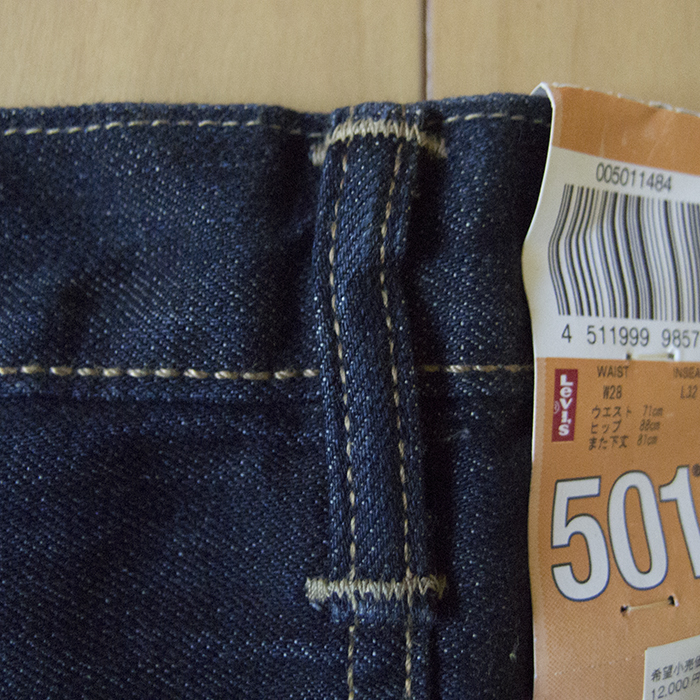 For the 2008 model year, the thicker belt loops have been returned to their normal thickness. 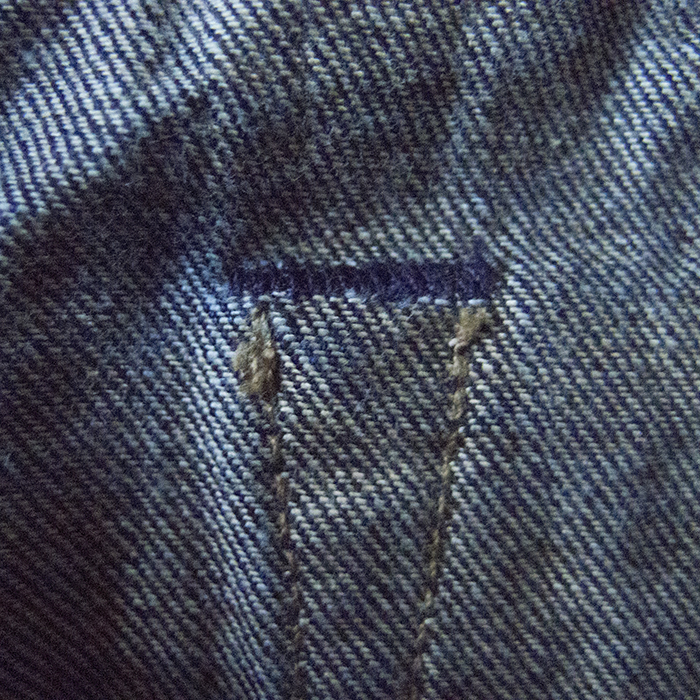 It is sewn with dark blue thread, not yellow or white.

It's a plated iron button with a rust-proof finish that is occasionally seen in vintage. Also, the V-stitching on the side of the top button has been changed to the V-stitching seen in the early days of the BIG E.

"4459" engraved. The top of the waistbelt has been changed to a single stitch as seen in the early days of the BIG E. 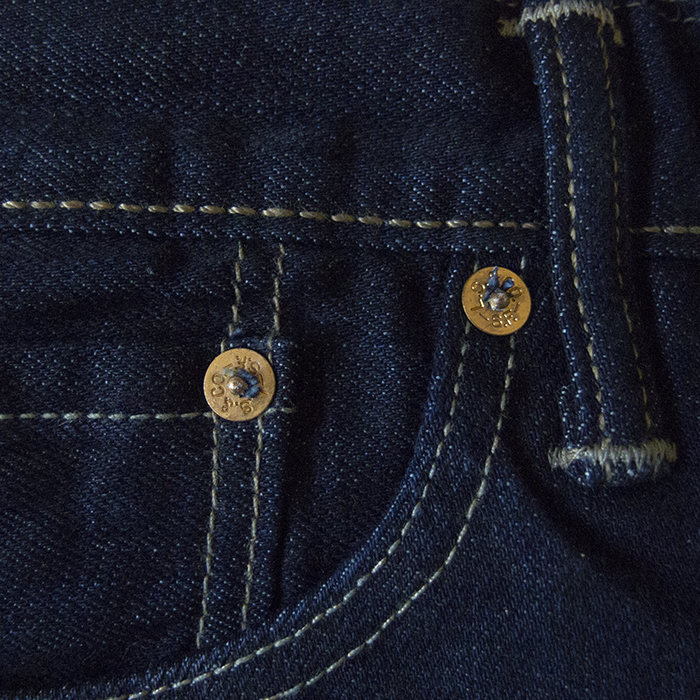 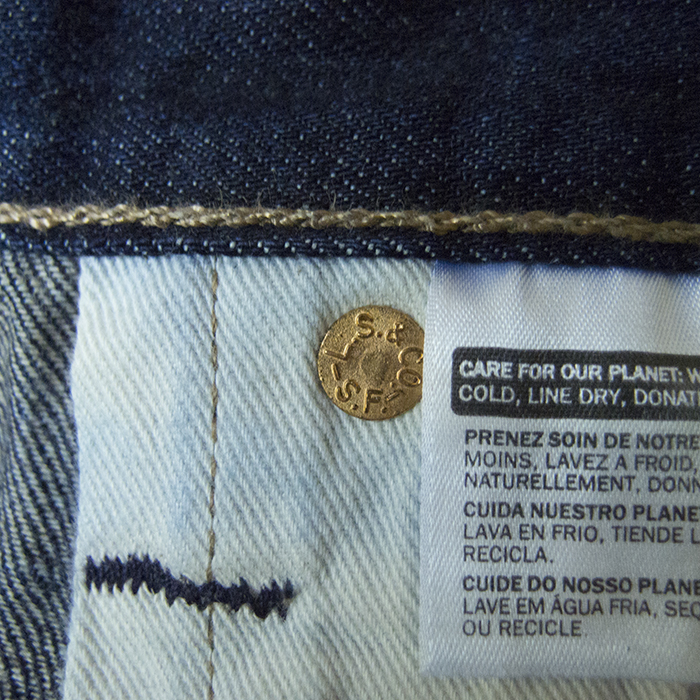 The copper-plated ones are used. 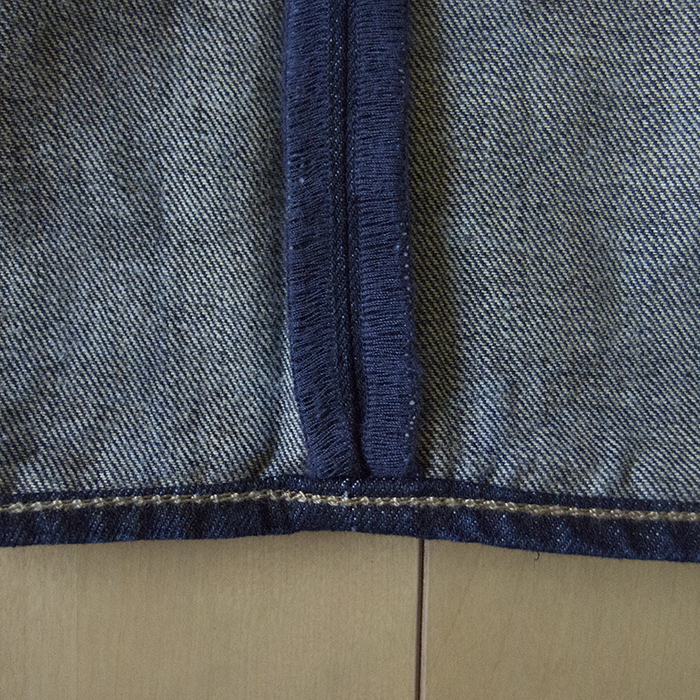 It has been locked multiple times with blue thread, and then it has been side split. The hem is chain stitched. 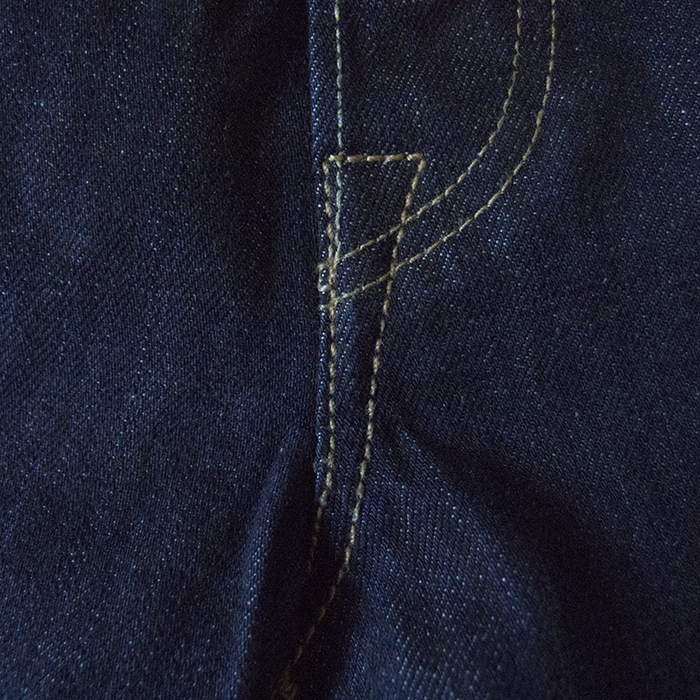 The anti-cannelling reinforcement is omitted, and only a reverse U-shaped stitching with a thick thread is used. This is also a vintage inspired specification. 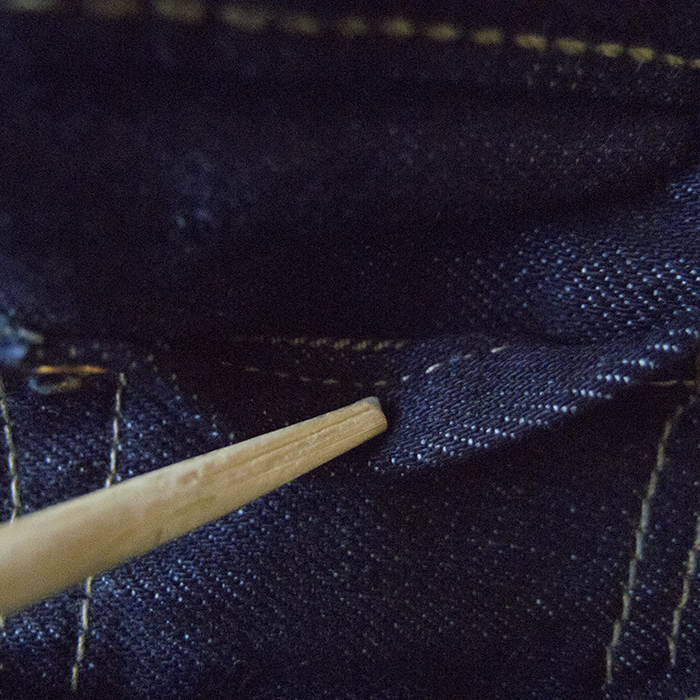 Here too, the stitching has been changed to a single stitch instead of a chain stitch, giving it a vintage-like look. 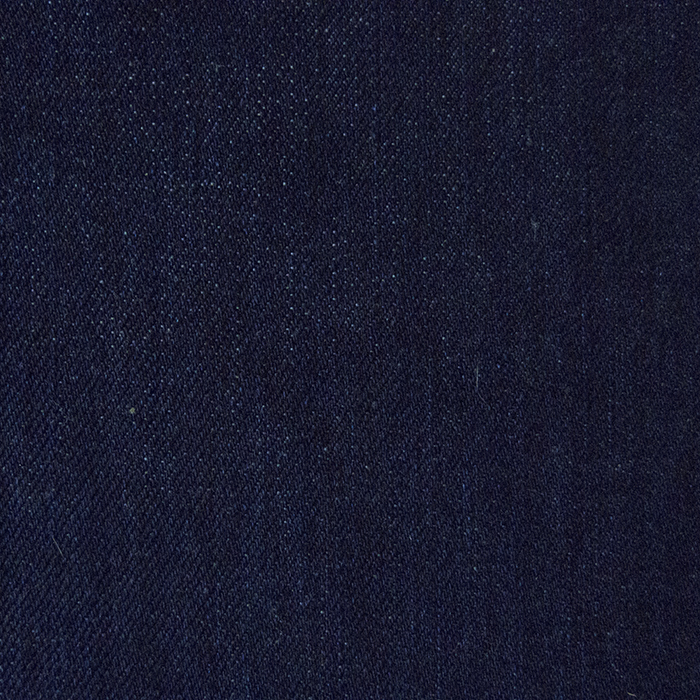 It's already been one-washed. Even though this is a regular fabric, it has a strong slubby feel.